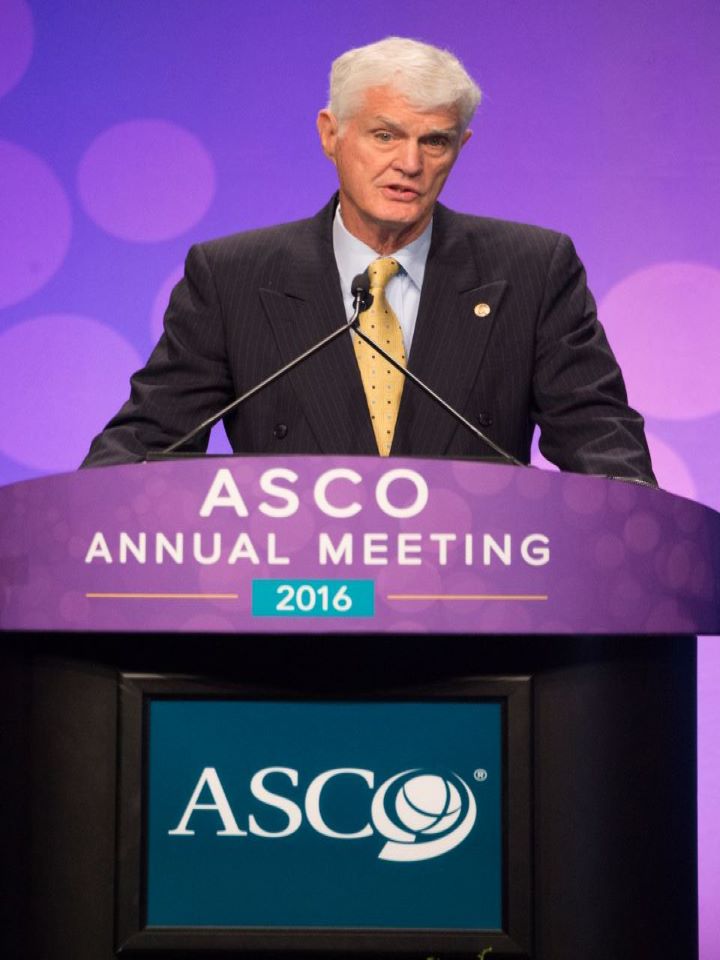 Emerging Reasons for Optimism in Lung Cancer: A Conversation With Paul A. Bunn, Jr, MD, FASCO

Despite public smoking cessation initiatives and improved methods for early detection and treatment, lung cancer persists as the leading cause of cancer death in both men and women in the United States. However, over the past decade, smoking cessation efforts, increased screening, and new scientific developments in the fight against lung cancer have led to marked declines in incidence and mortality rates. To shed light on the current state of lung cancer, The ASCO Post spoke with lung cancer specialist and researcher Paul A. Bunn, Jr, MD, FASCO, Distinguished Professor and the James Dudley Chair in Cancer Research in the Division of Medical Oncology at the University of Colorado, Denver.

Scope of the Problem

Although the rate of smoking has decreased markedly over the past decades, about 15% of American adults currently smoke. Are we making enough progress in prevention and cessation initiatives for single-digit smoking percentages to be foreseeable in the future?

In the 1950s and 1960s, more than 50% of American men smoked and about 20% of American women smoked. Although we’ve made considerable progress in reducing that number, the goal is to get it to zero percentage of smokers. The good news is the percentage of male and female smokers has been declining steadily over the past decades, due largely to public actions such as awareness campaigns and restrictions on smoking indoors. One step the government could take, but has yet not, is to ban cigarette advertising.

Another newer threat is the rise of vaping, especially among younger individuals. In addition to tobacco carcinogens in vape smoke, there are other chemicals involved, which are part of the addictive process. There is also evidence showing that a percentage of people who vape ultimately become cigarette smokers. So, vaping is anything but an innocuous substitute for cigarette smoking.

Ten Years of Immunotherapy; Yale’s Role in the Discovery of PD-L1

Clinical Cancer Advances 2006: Annual Report on Progress Against Cancer From the American Society of Clinical Oncology