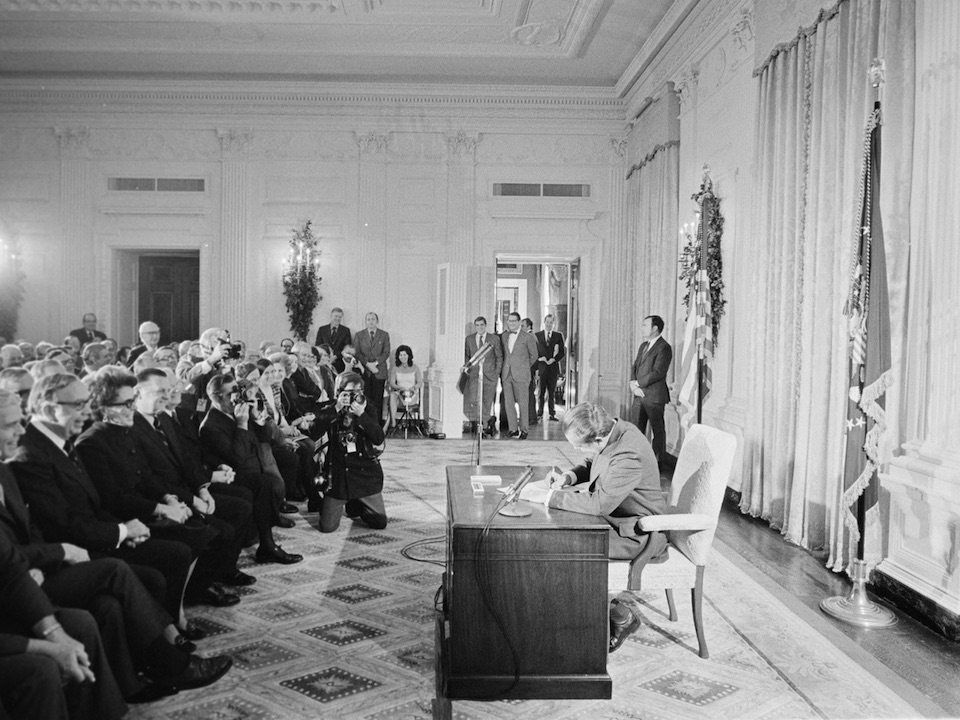 On December 23, 1971 in the East Room of the White House, describing it as a Christmas gift to the American people, President Richard Nixon signed the National Cancer Act of 1971.

“We are here today for the purpose of signing the Cancer Act of 1971,” President Nixon said during his remarks before signing the act. “And I hope that in the years ahead, that we may look back on this day and this action as being the most significant action taken during this administration,” he added.

To honor and celebrate the milestone 50th anniversary of the signing of the National Cancer Act, the Richard Nixon Foundation has gathered Nobel Prize laureates and America’s top cancer doctors for the inaugural Nixon National Cancer Conference.

On December 1, 2021, the opening night of the Nixon National Cancer Conference was held at the Richard Nixon Presidential and Museum in Yorba Linda, California, and included an in-depth and fascinating look back at the history of the National Cancer Act.

CT Scan Can Spare Surgery In Head And Neck Cancer

Correcting the Error: What U.S. News Could and Couldn’t Do to Fix the Problem