A. Lindo Patterson: Pioneer and Mentor

Editor’s Note: This article first appeared in the Winter/Spring 2021 issue of Forward magazine, which is published twice a year by Fox Chase Cancer Center.

A. Lindo Patterson: Pioneer and Mentor

A. Lindo Patterson came to Fox Chase Cancer Center in 1949, when it was still known as the Institute for Cancer Research. During his time at the institute, he played a major role in running an X-ray structure analysis group and mentoring some of the best young scientists in the field.

“I came to Fox Chase in 1956 because of his excellent science. I considered Patterson to be a role model, particularly because of his willingness to hire women and his dedication to precise studies,” said Jenny Glusker, who started at Fox Chase as a research fellow and is now a professor emerita.

An obituary in the journal Acta Crystallographica described Patterson as possessing “a rare combination of a keen mind, a lively humor, and a gentle disposition.”

Patterson accomplished a great deal at Fox Chase, but he had already made great strides in the scientific community before his arrival at the center. One of his key accomplishments was the groundbreaking Patterson function, an equation in X-ray crystallography that helps determine the three-dimensional atomic structure and characteristics of molecules, information which helped researchers develop new and better drugs.

“He was a very well-known scientist, and it was assumed he’d win a Nobel Prize because he figured out how to take the diffraction pattern of a crystal and work out what the arrangement of atoms in it was. That led people to finally be able to understand how you get pictures of how molecules are arranged,” said Glusker. At that time, most scientists used his formula if they were trying to determine molecular structure by X-ray diffraction.

He never did win the Nobel Prize, however, because of his early death, Glusker said. But he had a storied career nonetheless.

Arthur Lindo Patterson was raised in Canada. In 1920, when he was 18, he began attending McGill University in Montreal as a junior. He went on to study with famed crystallographer W. L. Bragg at the Royal Institution in London.

Patterson later went on to the Kaiser-Wilhelm Institute in Berlin, where he worked with Herman Mark, an expert in X-ray crystallography. Patterson returned to McGill and received his doctorate in physics.

Patterson knew, after he measured X-ray diffraction patterns from crystals, that there must be a way to find the atomic arrangement that resulted in those patterns. In 1933, he went to the lab of B.E. Warren at the Massachusetts Institute of Technology, where he developed the Patterson function. According to the Acta Crystallographica obituary, the function “represents perhaps the most important single development in crystal-structure analysis since the discovery of X-ray diffraction itself.”

In 1935, Patterson married Elizabeth “Betty” Knight and began working at Bryn Mawr College. Patterson left Bryn Mawr in 1949 to start an X-ray analysis group at the Institute for Cancer Research, where Betty was already working as a researcher.

During his time at the institute, Patterson served as an important mentor to young scientists, many of whom went on to run their own labs. He continued working at the institute until his death on November 6, 1966. The memorial service held for Patterson at Fox Chase in 1984 was attended by several Nobel Prize winners who had used his function in their own research, Glusker said. 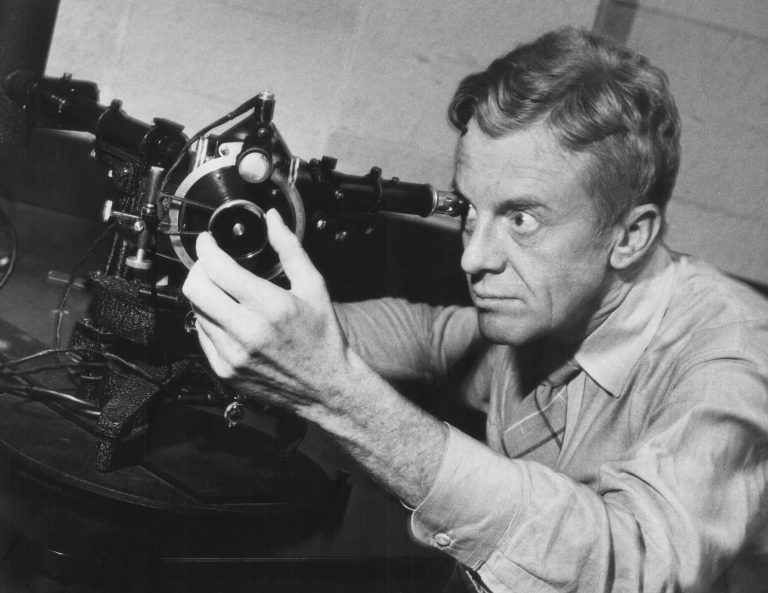