Charles A. Coltman Jr., a pioneer of treatment of leukemia and lymphoma, a long-time chair of SWOG, and a co-founder of the San Antonio Breast Cancer Symposium, died after a long illness on Nov. 28, 2018. He was 88.

“Dr. Coltman’s profound influence on the cancer research community cannot be overstated,” said Charles Blanke, SWOG chair. “He was a true pioneer, seeing possibilities early – then making them happen with the heart and hard work and military bearing and precision of the Air Force officer he was.”

Coltman was born on Nov. 1, 1930. He earned his medical degree from the University of Pittsburgh School of Medicine in 1956, then entered the U.S. Air Force. He later completed his medical training in internal medicine and hematology/oncology at The Ohio State University, then became chief of Hematology and Oncology at Wilford Hall USAF Medical Center in San Antonio.

His early work led to improvements in treatment regimens for multiple forms of leukemia and lymphoma. 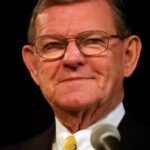