Over the past decade, the size of ASCO’s membership nearly doubled. Educational meetings increased in both subject matter and size, with some expanding beyond the borders of the United States. New journals and publications were launched, and the Annual Meeting increased its attendance by almost a third.

Cancer care in 2006 hardly resembled the dark ages, but it still seems foreign compared with oncology today. Electronic health records were not as widely used by most oncology practices 10 years ago. Immunotherapy and molecularly targeted cancer drugs barely featured in most patients’ treatment.

For an organization like ASCO, navigating these changes is the difference between consistently benefiting members and their patients and slowly fading from relevance.

“If you’re not always reinventing yourself, you’re probably not thriving—that’s true for individuals, as well as organizations,” said Clifford A. Hudis, MD, FACP, 2009-2012 ASCO Treasurer, 2013-2014 ASCO President, and the Society’s incoming CEO. “The truth is that the world is always changing. The key question is, ‘Who seizes the new opportunities that accompany change?’”

Over the last 10 years, Allen S. Lichter, MD, FASCO, has been the person responsible for helping ASCO seize those opportunities. Dr. Lichter took over as CEO in 2006 after spending the previous 8 years as Dean of the University of Michigan Medical School. With a background in radiation oncology, Dr. Lichter served on numerous ASCO committees and as 1998-1999 President before assuming executive leadership of the country’s largest multidisciplinary clinical oncology society. He also was the first Chair of The ASCO Foundation upon its inception in 1999 and he continues to serve as CEO of the Conquer Cancer Foundation of ASCO (CCF). 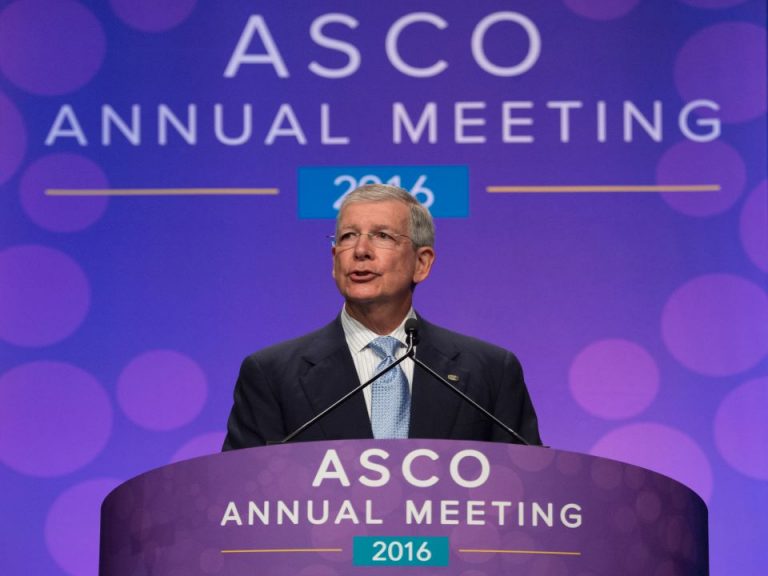