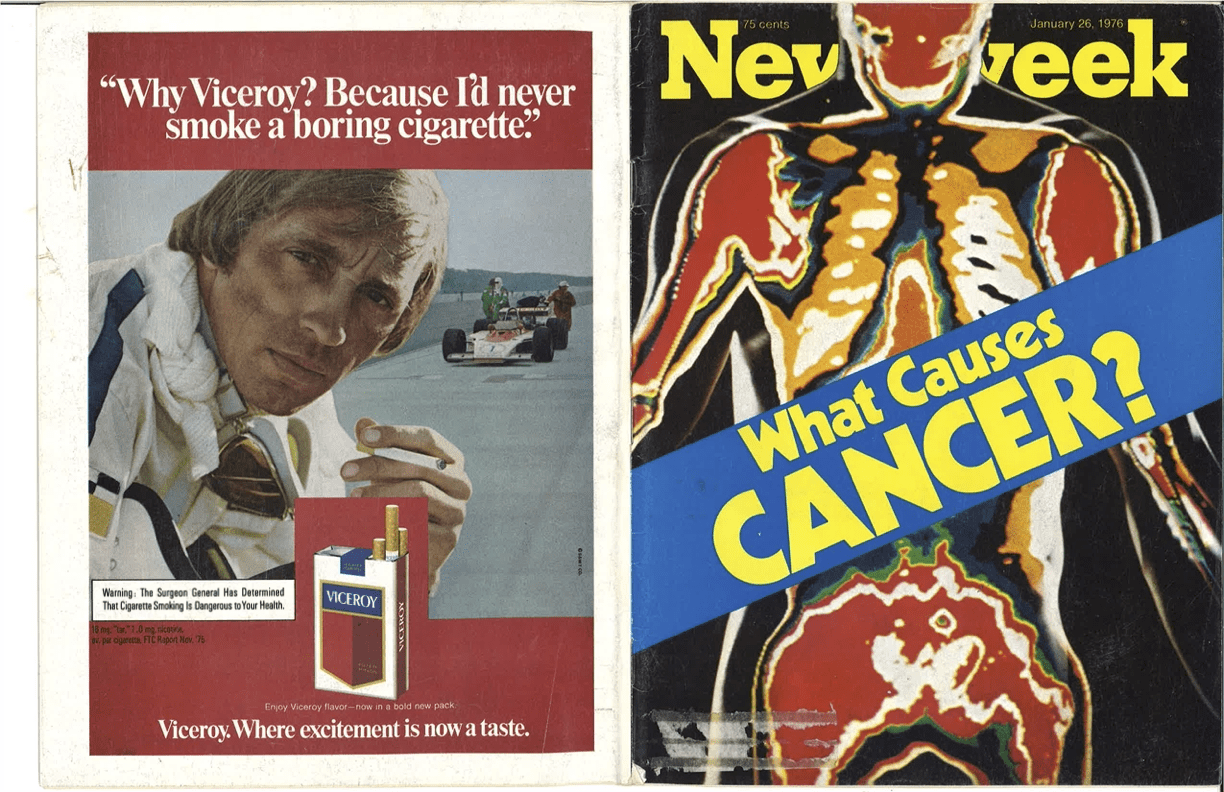 This pictorial features six images from the new online exhibition, “Covering Cancer?” created by The Center for the Study of Tobacco and Society.

Dec. 22, 2021 marked the 50th anniversary of President Richard M. Nixon’s signing of the National Cancer Act, which became known as the start of the “War on Cancer.” In 2016 as Vice President and again this year President Joe Biden updated the War on Cancer by launching the “Cancer Moonshot”–-a reference to the 1969 Apollo 11 mission that landed a man on the moon eight years after President John F. Kennedy called on Congress to fund this program.

Remarkable, even miraculous, advances have been made in cancer diagnosis and treatment since the 1970s, even as a universal cure for the more than 100 kinds of cancer remains elusive. Yet, it has been known for decades that fully a third of cancers are entirely preventable by not smoking cigarettes.

Communicating and reinforcing this simple fact in the mass media was made far more difficult by the tobacco industry, one of the biggest advertisers in magazines and newspapers, as well as on radio, TV, and billboards.

The print medium was arguably the most trusted form of communication. The combined circulation of the major three newsweeklies—TIME, Newsweek, and US News & World Report—exceeded 8 million from the 1960s to the 1990s.

Cigarette advertisements featured prominently in most issues of these magazines, often resulting in ironic juxtapositions of front cover stories on cancer and back cover advertisements for cigarettes.