Found in Commission on Wartime Relocation and Internment of Civilians: Hearing Before the Subcommittee on Administrative Law and Governmental Relations of the Committee on the Judiciary House of Representatives 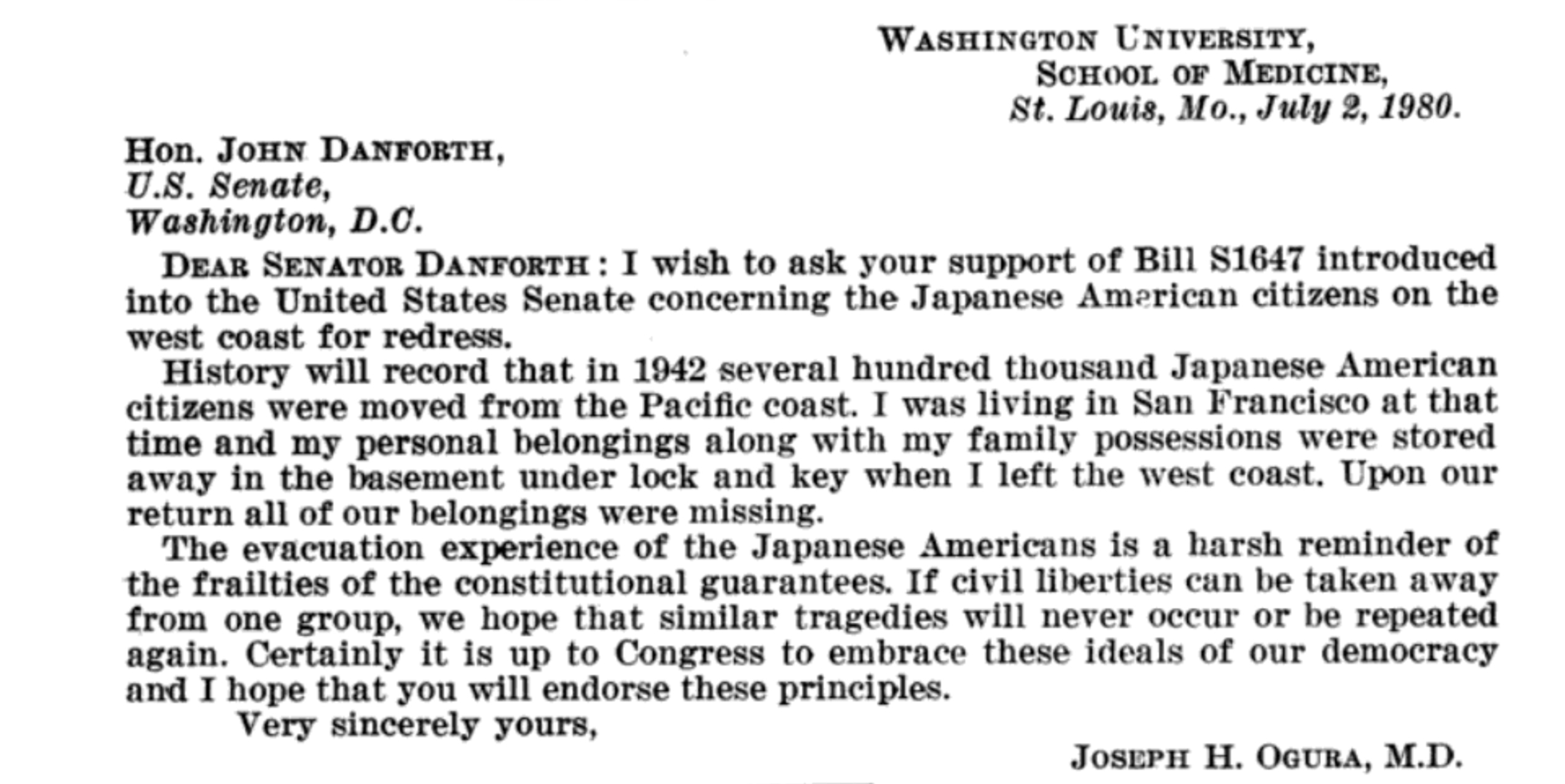 Letter from Ogura to Sen. Danforth on the subject of Japanese Internment

DEAR SENATOR DANFORTH: I wish to ask your support of Bill S1647 introduced into the United States Senate concerning the Japanese American citizens on the west coast for redress.

History will record that in 1942 several hundred thousand Japanese American citizens were moved from the Pacific coast. I was living in San Francisco at that time and my personal belongings along with my family possessions were stored away in the basement under lock and key when I left the west coast. Upon our return all of our belongings were missing.

The evacuation experience of the Japanese Americans is a harsh reminder of the frailties of the constitutional guarantees. If civil liberties can be taken away from one group, we hope that similar tragedies will never occur or be repeated again. Certainly it is up to Congress to embrace these ideals of our democracy and I hope that you will endorse these principles.

Commission on Wartime Relocation and Internment of Civilians

Read more: Commission on Wartime Relocation and Internment of Civilians: Hearing Before the Subcommittee on Administrative Law and Governmental Relations of the Committee on the Judiciary House of Representatives

Black History Month panel: “We need to talk about justice”

Narjust Duma: “To all minority fellows, residents, and medical students—you belong in medicine”