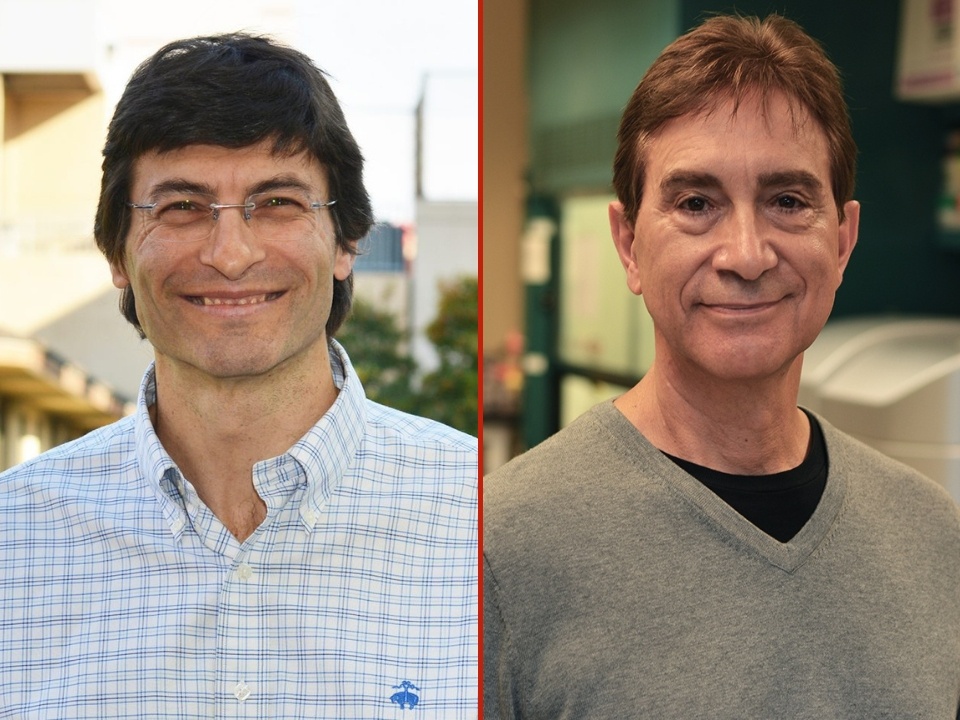 The Study That Launched 50,000 Papers (and Counting)

Editor’s Note: This article first appeared in the Fall/Winter 2016 issue of Forward magazine, which is published twice a year by Fox Chase Cancer Center.

October 2016 marked the 25th anniversary of a landmark study that originated in a laboratory at Fox Chase Cancer Center. The study, “A Retroviral Oncogene, AKT, Encoding a Serine-Threonine Kinase Containing an SH2-Like Region,” is considered the starting point for a plethora of research that significantly impacted the field of cancer.

Fox Chase researchers Philip Tsichlis, MD, (now at Ohio State University), Joseph R. Testa, PhD, and Alfonso Bellacosa, MD, PhD, studied the differences in a protein, known as AKT, that originated from human instead of viral DNA. Although that work would take about a day with modern facilities, the comparison of human and viral sequences took months of effort 25 years ago. The work paid off when the researchers obtained the results of their analysis.

The study revealed that although the viral and human genetic sequences coding for the AKT protein were similar, there were some important differences in the viral sequence that made the protein for which it coded continuously active, and it gave the cell better survival ability.

The reason this finding was so significant is that the AKT protein is important in shutting down the process that kills abnormal cancer cells. Because viral-derived AKT is continuously active and the human form is not, the scientists realized there must be an additional factor that activates it. Once activated, AKT appeared to be extremely important in tumor formation.

“When the AKT protein is activated, cancer cells can survive, proliferate faster, and invade more. It was also found that AKT can regulate angiogenesis (growth of new blood vessels that make a tumor grow),” said Testa, a professor in the Cancer Signaling and Epigenetics research program and the Carol & Kenneth E. Weg Chair in Human Genetics at Fox Chase. “It turned out that AKT is involved in so many aspects of cancer. It is indeed a central player.”

Testa recently ran a search and found that more than 50,000 papers have been published that include AKT in the title or abstract. The subsequent research has demonstrated that among other important properties, AKT is overly expressed in many different tumor types, including prostate, breast, lung, ovarian, and pancreatic cancers.

In November 2016, Bellacosa, Testa, and Tsichlis reunited in remembrance of their great discovery, joined by fellow researchers from all around the country. The symposium, dedicated to the 25th anniversary of the paper’s publication, marks the great impact the discovery had on Fox Chase and the scientific community as a whole.

Bellacosa, then a postdoctoral fellow and now a professor in the Cancer Signaling and Epigenetics research program, fondly recalls the importance of the work. At the moment of discovery, these three researchers were the only people in the world who knew the origin point of several different cancer types.

“Sharing the excitement of that discovery creates a very strong emotional bond, and so my friendships with Phil and Joe are very strong to this day,” Bellacosa said.

A Look Back at the Great American Smokeout

Then and Now: ‘Topping Off’ Celebrates the Future of Cancer Care

Robert ‘Bob’ Perry: A Scientist Ahead of His Time

Science at the Sea