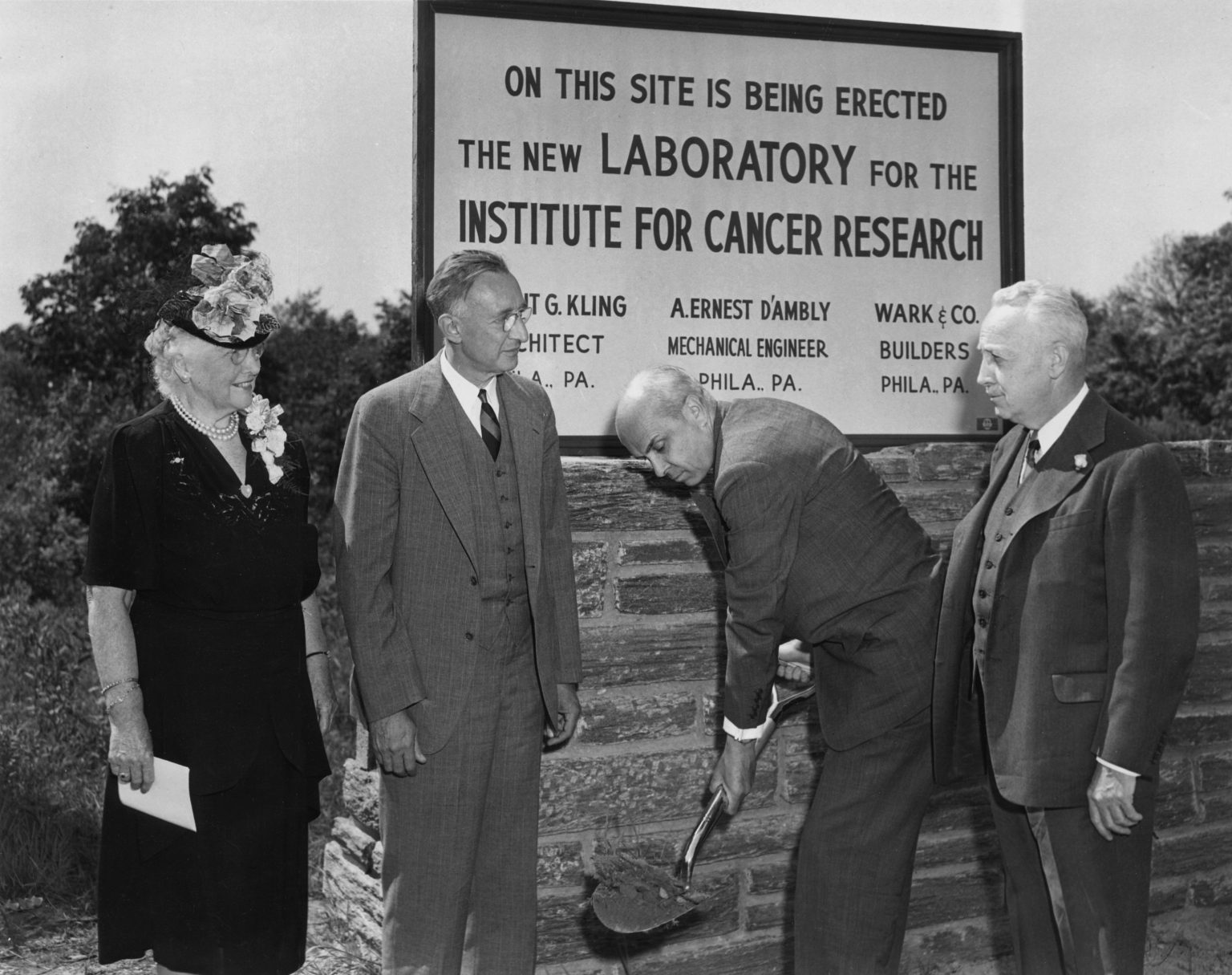 Editor’s Note: This article first appeared in the Fall 2013 issue of Forward magazine, which is published twice a year by Fox Chase Cancer Center.

Anna Jeanes wanted to create a comprehensive care center dedicated to cancer and other long-term illnesses. More than 100 years after her death, Fox Chase Cancer Center is helping realize that vision.

In 1947, a hospital created by Quaker philanthropist Anna Jeanes sold some of its land to the institute that would one day become Fox Chase Cancer Center. Now, more than 70 years later, Jeanes’s vision of a cutting-edge facility dedicated to compassionate care for cancer and other long-term diseases is coming to full fruition as Fox Chase and Jeanes Hospital continue to reintegrate as part of the Temple University Health System.

Anna Thomas Jeanes was born April 7, 1822, in Philadelphia. Her family was devoutly Quaker and gained its fortune primarily through its ownership of coal-rich lands. None of her siblings had children, so as the youngest, Anna inherited the entire family’s wealth.

Anna Jeanes was a small woman—less than 100 pounds—with little formal education, but she had a strong passion: to help those less fortunate. Working with Booker T. Washington and others, she dedicated more than $1 million to support rural schools.

She also drew up her own will (reportedly in her own handwriting) and included an endowment to create a hospital for “cancerous, nervous, and disabling ailments” that would operate under the aegis of the Quaker faith, in which each patient would be treated compassionately, as a whole person.

Upon her death in 1907, she left her remaining estate in the hands of the Philadelphia Yearly Meeting of Friends, which was charged with managing her family farm in the northeast Philadelphia neighborhood of Fox Chase, along with the hospital that was to be created.

After searching Philadelphia and neighboring regions for the best site for the hospital, the trustees ended up right back where they’d started: the Jeanes family farm. Jeanes Hospital—still located on that site—opened January 25, 1928. By then, the Jeanes endowment was worth $3.5 million.

Soon, however, the hospital began struggling to fulfill Anna’s wishes. After World War II, the surrounding community grew, as did its medical needs. In 1946, Jeanes Hospital doubled its number of beds and switched its focus from cancer and other long-term illnesses to general medicine and surgery.

Founding the Institute for Cancer Research

Soon after, in exchange for $8,800, the hospital gave 10 acres to the ICR with the following stipulation: “That the said premises shall at all times hereafter be used for the conduct of research for the prevention and cure of cancer, and nervous and disabling ailments.”

The land was technically a sale, but an unusual one, said LeFever: “The ICR had to follow certain conditions, and if not, the land would be taken away.” It was a mutually beneficial relationship, he adds, in that “bringing the ICR onto the campus enabled Jeanes Hospital to become more of a general hospital and move away from the direct stipulation in Anna’s will.”

When the ICR needed to merge with a cancer hospital to become eligible for new federal funding in the 1970s, it joined forces with the American Oncologic Hospital, which had recently set up shop nearby. When the hospital moved onto the property, it paid the Jeanes trustees $40,000 under the same condition—that the new facility be dedicated to long-term ailments such as cancer.

The merger of the American Oncologic Hospital and Institute for Cancer Research into Fox Chase Cancer Center in 1974 enabled Jeanes Hospital to become a truly general hospital. It remains the nation’s only Quaker-founded acute care hospital. The board of directors makes its decisions by consensus, not vote, and the facility places a particular importance on creating a nurturing environment for patients.

“All hospitals should be loving, caring environments, and Jeanes has been able to stay that way,” said LeFever, who previously served on the hospital’s board of directors from 1979 to 2000, the last few years of which he served as board chairman. In 1996, as many other hospitals began consolidating, and to boost its ability to negotiate with insurance providers, Jeanes Hospital joined the Temple University Health System (TUHS). Fox Chase became part of the TUHS in 2012.

Although Jeanes Hospital was forced to veer from Anna Jeanes’s original intent, she would likely be pleased with how its relationships with Fox Chase and TUHS have played out, LeFever said. Today, the very land she once lived on is home to cutting-edge research and treatment facilities dedicated to the ongoing and whole-body needs of people with cancer and other debilitating illnesses at Fox Chase and Jeanes Hospital.

“At first, she would have been disappointed to see Jeanes Hospital become a general hospital,” he said. “But if she had watched how the hospital carefully recognized the changing needs of the community, then collaborated with the ICR and Fox Chase to maintain her focus on cancer, she would have understood—and probably applauded—the evolution of things.”

Seeing each piece of this healthcare puzzle be reunited as part of the TUHS family would have made her proud, he added. “This is coming full circle.”