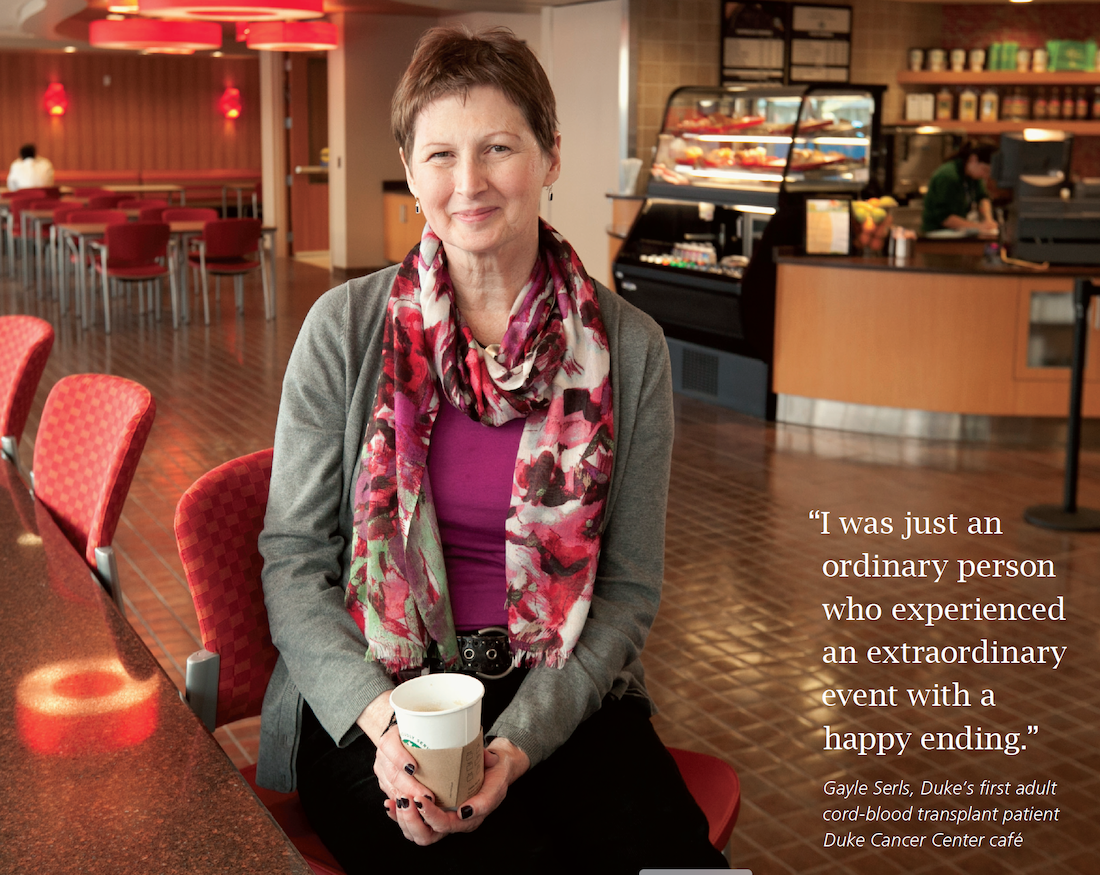 This patient story was published in 2012 in DukeMed Magazine

Gayle Serls of Durham says her life is ordinary—and that’s just fine with her. For a time, it was about as far from ordinary as a life can get.

In 1995, at 45 years old, Serls was diagnosed with a rare form of acute lymphocytic leukemia, which could not be treated with conventional chemotherapy. Her best hope was an autologous bone marrow transplant, for which she was referred to Johns Hopkins. The night before she was to leave, though, she learned that her cancer had returned, and the procedure could not be performed.

But a new option was taking shape at Duke. Joanne Kurtzberg, MD, had pioneered the use of cord blood transplants to treat children with cancer in 1993—and in 1996, Serls became the first adult to receive the groundbreaking procedure at Duke. Today, Serls is one of the longest-surviving adult cord blood transplant patients in the world, and helps make the lifesaving procedure possible for others through her job at the Carolinas Cord Blood Bank at Duke.

Duke physician-scientists continue to pioneer advances in the field, through both the pediatric program and an adult program founded by Nelson Chao, MD, in 1996.