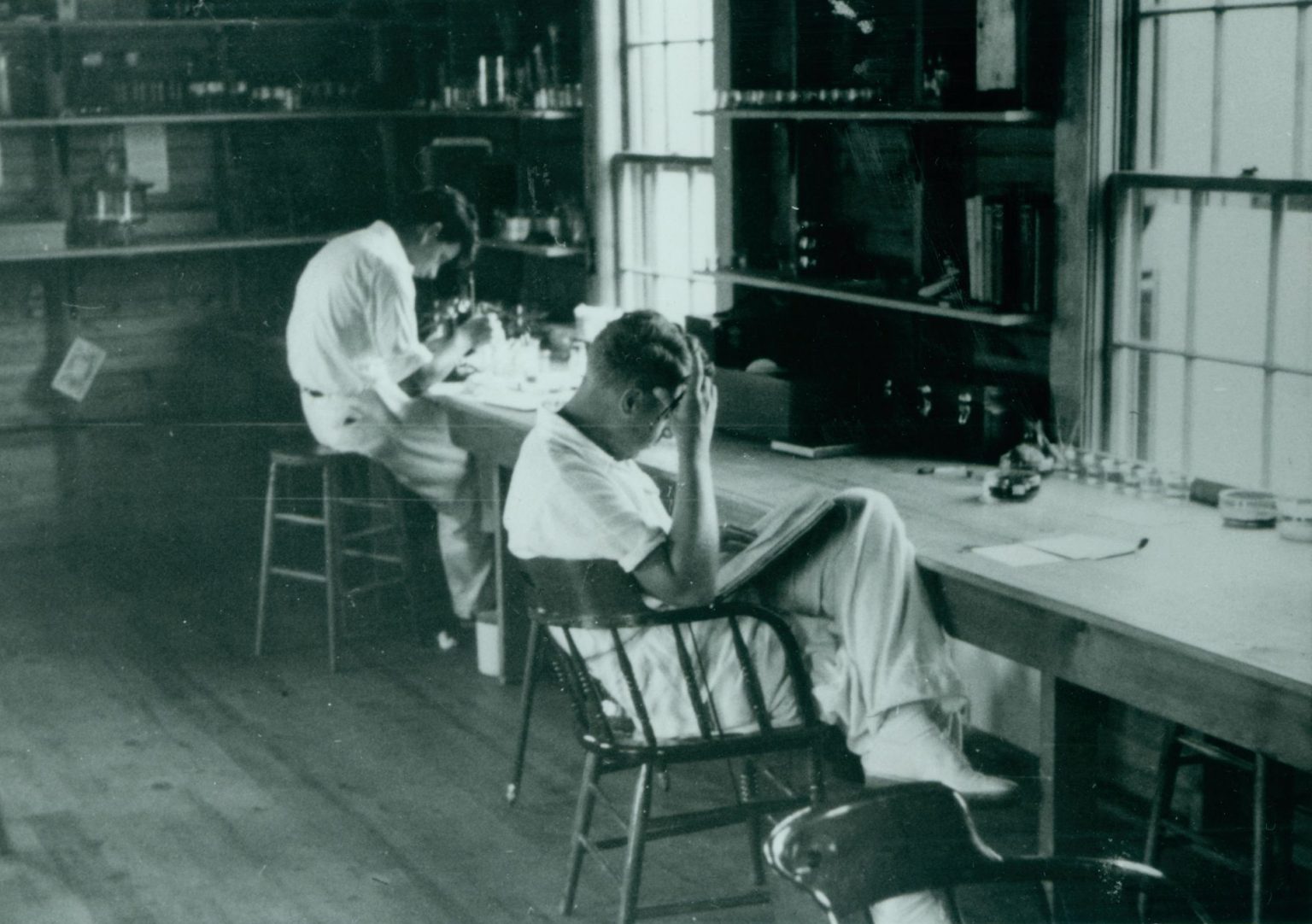 Science at the Sea

In Fox Chase Cancer Center’s formative years, the researchers who helped chart the center’s scientific course reached far beyond Philadelphia to start a tradition of pioneering investigation into cancer’s origins.

In 1930, Stanley P. Reimann, founding director of the Lankenau Hospital Research Institute—a precursor of the Institute for Cancer Research that would form the scientific arm of Fox Chase— financed the construction of a one-room laboratory in North Truro, Massachusetts, with a $1,000 gift from his father-in-law.

Perched on a bluff overlooking the Cape Cod Bay, the Marine Experimental Station operated under the direction of Frederick S. Hammett, the institute’s first scientific director and a “high-spirited man full of interesting ideas,” according to a 1975 journal article by Temple University physician Fred B. Rogers. The laboratory’s mission: to investigate the biological basis of cancer.

Reimann believed that basic cancer research didn’t necessarily mean studying cancer, but studying normal cell growth—a revolutionary idea. The area’s teeming sea life provided excellent test subjects for the dozen or so institute scientists who traveled to North Truro each summer to spend the year’s warmest months in the serene, unspoiled environment, where they were sometimes joined by collaborators from other institutions.

“The work at the Marine Station provides the foundation on which progress of the institute in its studies of [cell] growth may be had,” wrote Hammett to Reimann in a letter dated February 14, 1936. Dozens of such letters, archived in the Talbot Research Library at Fox Chase, chronicle the 18 summers that Hammett—a full-time New Englander— oversaw the outpost while Reimann ran the institute in Philadelphia.

For the first several years, the North Truro crew crowded into a single small, dark laboratory that resembled a Cape Cod cottage. In 1935, Reimann purchased the land on which the lab stood, which had previously been rented, as well as surrounding acreage on which a new building was constructed in 1938.

Experiments at the outpost included Hammett’s multi-year study of tiny, jellyfish-like creatures called Obelia, in which he documented the effects of amino acids and carcinogens on growth and life cycle. Other scientists studied brown and red marine algae. The researchers published papers in journals including Nature and Protoplasma and in 1937 launched their own journal, Growth: A Journal for Studies of Development and Increase, with Hammett as editor-in-chief.

In 1939, Hammett organized the first Symposium on Development and Growth at North Truro, drawing some 400 scientists from across the country and around the world for what would become an annual event. The symposium led to the establishment of what is today known as the Society for Developmental Biology.

As time passed, the station’s equipment became outdated and faculty participation dwindled. Hammett, who struggled with the effects of tuberculosis for much of his adult life, lobbied Reimann frequently for additional scientists and resources.

The lab faced another challenge as well: By 1947, the surrounding area had become so populated that the marine life was dying out. The formerly pristine landscape “had become covered with numerous buildings and cottages,” recalled Reimann in the book Reimann’s History. “Much of the flora and fauna in the front of the laboratories had disappeared. Apparently the more delicate creatures did not like human contact.”

As work at the Institute in Philadelphia increased, fewer scientists migrated to North Truro. “I do not know what to say at the moment about the summer,” wrote Reimann to Hammett on January 20, 1947. “There is no one who can profitably go up to the Cape and work. All of the possible people are full up with their own programs and we really should not interrupt them.”

Work at the scientific outpost ceased in 1948. In 1953, Hammett died of prostate cancer.

A Spirit of Commitment

The Marine Experimental Station seems to be largely relegated to history, but a crumbling Philadelphia Record article about Hammett, dated December 1943, testifies to a spirit of commitment that helped launch the Fox Chase of today:

“When storms from the North Atlantic buffet the Cape, the slight figure of the Philadelphia scientist will be seen making his way through the snow drifts to his Truro laboratory. …Dr. Hammett has made Truro a mecca of scientists … and is sending throughout the world the fame of Philadelphia’s Lankenau Hospital.”