Today Dr. Roswell Park is remembered mostly as the founder of the world’s first cancer research institute, which still bears his name proudly to this day in Buffalo, NY, but his contributions to medicine extend much further. Among many other achievements:

His remarkable path to distinction in the field of medicine began with a deeply painful event in his early childhood.

Roswell Park was born May 4, 1852, in Pomfret, Connecticut, to Mary (Baldwin) Park and the Rev. Roswell Park, DD. When baby Roswell was six months old, the family moved to Wisconsin, where his father founded and served as the first president of Racine College.

They were living there in 1854 when Roswell’s mother died after giving birth to her son Baldwin. She left behind four surviving children: 15-year-old Mary, six-year-old Helen, two-year-old Roswell, and eight-day-old Baldwin. One year later, Helen and Baldwin died within four days of each other.

During that period of history, it was not uncommon for a child whose mother had died to be sent to a female relative or other woman who could look after him. So three-year-old Roswell traveled back to Connecticut to live with his mother’s sister, Clarissa, and her husband, physician Lewis Williams. The couple raised Roswell for the next six years, and the little boy often accompanied Dr. Williams on his medical rounds.

At age nine, Roswell rejoined his father, who by then was teaching at a private school in Chicago. The boy was naturally curious and creative, building his own telegraph and making fireworks to entertain his friends. Sometimes he also helped his father prepare chemistry demonstrations for the next day’s classes.

After completing his early education, Roswell earned a B.A. (1872) and M.A. (1875) from Racine College and a medical degree from Northwestern University (1876).

Roswell Park entered the medical profession at a time when most physicians did not recognize the role of bacteria in causing infection. Surgeons sometimes moistened sutures with their saliva and rolled the threads between their dirty fingers before closing a wound. Medical instruments were often rinsed off in water contaminated by previous operations, and some surgeons sharpened scalpels on the soles of their boots. No wonder patients had only a 50-50 chance of surviving after surgery!

But the tide began to turn in 1876, the same year Dr. Park began his work as an intern and house physician at Chicago’s Cook County Hospital. The young doctor was deeply disturbed by the number of patients he saw dying from “blood poisoning” — bacterial infections of the bloodstream.

That same year, British surgeon Joseph Lister (whose name was later adopted for a popular brand of mouthwash) published “On the Antiseptic Principle of the Practice of Surgery” in the British Medical Journal The Lancet. The article advised doctors to spray carbolic acid on open wounds and on surgical instruments, dressings, and the surgical site, to kill bacteria and prevent infection.

While Lister’s campaign was not accepted by all physicians, Roswell Park understood how a sterile surgical environment could dramatically improve patient survival rates. As both a surgeon and educator, he worked for the rest of his life to promote what another physician called “this radical change in the practice of surgery.” (Later, in an 1897 issue of the Buffalo Medical Journal, Dr. Park even suggested a way for physicians to sterilize their hands when treating patients in homes with no running water — by rubbing them with dry mustard flour, a common kitchen item with antibacterial properties.)

The path to Buffalo

After completing his internship at Cook County Hospital in Chicago, in 1879 Dr. Park began teaching at the Women’s Medical College of Chicago and later at the medical school at Northwestern University. The following year, he married Martha Durkee; together they would have two children — Roswell III, born in 1888, and Julian, born in 1890.

In 1882 Dr. Park resigned his teaching positions and traveled to Europe to study at prominent medical and research facilities in Berlin, Vienna, and Prague. After returning to the States, in 1883 he accepted an offer to become chair of the departments of surgery at the University of Buffalo Medical School and Buffalo General Hospital.

Charles Stockton, MD, one of his colleagues at the UB Medical School, observed that Dr. Park arrived in Buffalo at a time of great promise in the field of medicine: “It was the transitional period from old to new concepts in pathology, at the threshold of modern surgery. He re-educated the local medical profession and advanced greatly the reputation of the medical school.” 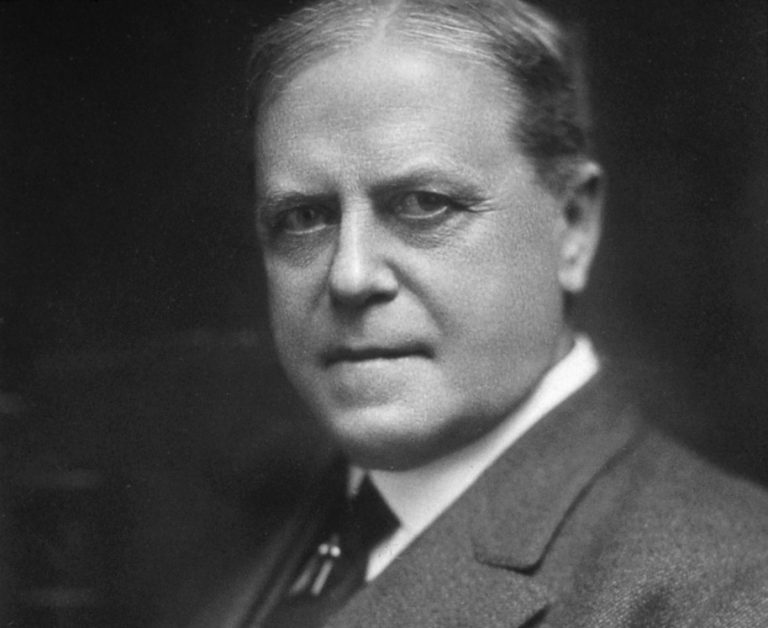 Sarah Cannon: The Name & The Story