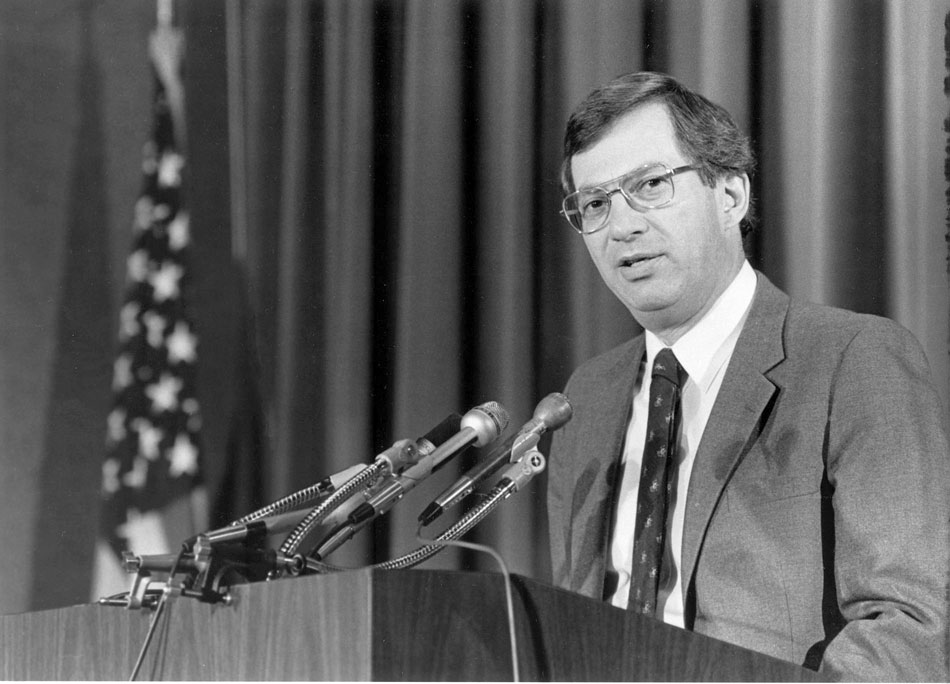 Cancer Answers: Vince DeVita on the history of chemotherapy

In a recording of Cancer Answers: The History of Chemotherapy, from July 6, 2008, Ed Chu interviews Vince DeVita about the history of chemotherapy.

The following is an excerpt of the conversation between Chu and DeVita:

DeVita: There is an Egyptian papyrus that actually talks about using topical chemicals, herbs, and extracts of herbs and so forth. So you can go as far back as you want, but it was really not until around the mid 1930s that people began to think you could realistically use chemicals for cancer. The first major screening program was started in around 1935, but frankly, the date that people use for the birth of chemotherapy is 1943, and it was here at Yale.

Based on experiences in World War I and then an accident in World War II with mustard gas, data showed that people who died had an atrophy of their bone marrow and their lymph nodes disappeared. It was then thought that maybe they would be useful chemicals for treating a group of diseases called lymphoma, or cancers of the lymph nodes. Alfred Gilman, here at Yale, and Gustaf Lindskog, who was a thoracic surgeon at that time, used an animal model of lymphoma and screened these chemicals. They found that it actually worked and so they convinced Dr. Lindskog, who had a patient who was having trouble breathing because of a large tumor mass in their neck, to let them test it.

This was before the FDA was involved in these things, and they got a very dramatic response that started the whole interest in cancer chemotherapy. That paper was not published until 1946 because of the secrecy of the war gas program, but it is generally regarded
as the beginning of human cancer chemotherapy.”

Chu: It is interesting, as you just commented that it came out of the chemical warfare program that we had here in this country.

DeVita: As a matter of fact, later in 1955, because of the interest in nitrogen mustard another drug was developed called methotrexate, which was also worked on here at Yale by Joe Bertino and people like you in the lab. The Cancer Chemotherapy National Service Center was started on 1955, which was a national program to begin to screen chemicals for cancer in a major way so that the birth of chemotherapy here lead to development of a national screening program.

DeVita: You are being very polite, but no, it was not widely embraced.

In fact, the critics were vitriolic about it. It was something about the self-fulfilling prophecy. Cancer is a fatal disease, if you do not treat it, it is indeed a fatal disease. People just did not believe you could ever cure cancer with a drug. Nitrogen mustard worked, but it worked very briefly. The people who were involved in developing nitrogen mustard became harsh critics of cancer chemotherapy because they were so disappointed after getting their hopes up that they were going to finally have a drug that will cure cancer, that they never believed that you could cure cancer with drugs.

The original pioneers are the people who started using chemotherapy. The original pioneer would probably be Alfred Gellhorn who was director of a cancer center that was attached to Columbia University. People like him were driven out of town. I interviewed him at age 94; last November he passed away. I interviewed him in his office. He was working at age 94 and he told me about the great Robert Lurb who was the chairman of medicine at Columbia. He was a great man, a great teacher and a great academician.

He used to say to him in front of people, “Alfred you are part of the lunatic fringe.” The impact of having someone of his stature say something like that, even if it was partly in jest, is really enormous. Eventually, he was run out of town and the Hospital was closed because people did not like the idea of cancer patients being treated and having their house staff being exposed to this. There are many other examples of that kind of thing happening

Dan Hayes witnessed cancer history, now he is documenting it in a podcast

Bill Haney on the making of “Jim Allison: Breakthrough”

Presidents of the AACR