For some 60 years, Joseph R. Bertino, MD, researcher and former interim Director and Chief Scientific Officer at Rutgers Cancer Institute of New Jersey, has devoted his life to improving therapies for cancer and hematologic disorders and has contributed his expertise toward establishing the foundation of modern cancer research. In 2018, he was recognized by the American Association for Cancer Research with a Lifetime Achievement Award for his significant fundamental contributions to cancer research, either through a single scientific discovery or a collective body of work. Recognizing a half century in the field at the time, Bertino was the subject of an interview that appeared in the spring 2013 edition of The Cancer Institute of New Jersey’s Oncolyte newsletter.

While having taken care of thousands of patients with lymphoma and other blood cancers, it is also at the laboratory bench where Joseph R. Bertino, MD, chief scientific officer at The Cancer Institute of New Jersey, leaves an indelible impression. Motivated by the passing of a young nephew from leukemia and the patients he first cared for as a resident, Dr. Bertino has devoted most of his life to improving therapies for cancer and hematologic disorders. For more than 50 years he has contributed his expertise toward establishing the foundation of modern cancer research.

How far has cancer research come in the past half century? To put things in perspective, a form of nitrogen mustard, developed initially for military use, was considered “advanced” for its time in the 1940s. It was used to treat lymphoma and became one of the first modern chemotherapy drugs. Methotrexate, used in the treatment of both solid and non-solid tumors, was another early chemotherapy drug that led to successful treatment outcomes and would serve as a focal point in later years for Bertino’s work. Over the past few decades, safer and more effective chemotherapy agents have been developed, but this form of treatment was still in its infancy when Bertino first started his career.

Through the years, Bertino has seen a number of game changers when it comes to cancer therapies – discoveries that re-defined how research is conducted and helped spur advanced treatments. In particular he notes: vinca alkaloids for leukemia/lymphoma; vinblastine for treating Hodgkin’s disease; doxyrubicin for a broad spectrum of cancers; and taxanes for breast cancer. But he says some of the most amazing advancements have been made just over the past 10 or 12 years with targeted therapies. For instance, the drug imatinib (brand name – Gleevec; FDA approved in 2001 for the treatment of certain chronic myelogenous leukemia [CML] and gastrointestinal stromal tumors) “showed you could target key protein abnormalities in cancer cells without damaging healthy, non-cancerous cells, with spectacular results. Use of this agent made fatal cancers more manageable for patients for years to come.”

Bertino himself has helped make significant advances in the treatment of leukemia and lymphoma. Defining why certain cancers become resistant to the drug methotrexate has been an important component of his life’s work that resonates even today. He and colleagues at The Cancer Institute of New Jersey (systems biologist Alexei Vazquez, PhD and graduate student Philip Tedeschi) recently found that aggressive tumors are characterized by upregulation of the glycine-serine pathway and mitochondrial folate enzymes, and are sensitive to inhibitors of DNA synthesis. At Yale University, Bertino and colleagues first showed the value of administering radiation post chemotherapy. In other research, he and his team showed the benefit of a combination therapy for non-Hodgkin’s lymphoma (one of the first curative regimens), which he says was personally gratifying.  “In the late 1960s it was quite satisfying to see that some forms of cancer could be cured with chemotherapy,” Bertino noted.

Dr. Bertino (left) in 1972 at Yale with colleagues Dr. Bruce Chabner, who is the current director of clinical research at MGH Cancer Center and technician Barbara Morrison, who is now retired.

For many investigators, there is always that one “A-ha!” moment they never forget. For Bertino it came while he was on sabbatical from Stanford from 1976 – 77 working with colleagues Robert T. Schimke, Rod Kellems and Frederick W. Alt on research involving methotrexate. “We knew that when cancer cells became resistant to methotrexate, the proteins on the cell increased and there was more ‘message’ being delivered to the cells telling them to block the drug from doing its job in attacking the cancer. We wondered how this was occurring. Using laboratory models, we found that cells had the ability to multiply genes that were coded for the target for methotrexate, a protein called dihydrofolate reductase. This finding was eye-opening in that everyone thought DNA was very stable.” Called “gene amplification,” Bertino says this mechanism is very important in cancer biology because of its ability to trigger resistance to anti-cancer drugs and its ability to increase levels of oncogenes that contribute to cancer.

A long-time mentor, Bertino firmly believes that the training invested in today’s young researchers will lead to tomorrow’s cancer advances.  Bertino was on the ground floor when a pivotal advancement in this area took place. The only fellowships that encompassed cancer-related research when Bertino was a student were those in hematology, as oncology was not a specialty until the 1960s. Yale, where Bertino would become an assistant professor of Pharmacology and Medicine in 1961, was one of the first schools in the nation to offer a medical oncology program with a focus on treating patients.

While numerous cancer research advances have been made over the past 50 years, work still needs to be done. Bertino notes limited resources make it difficult to take advantage of the possibilities and potential that currently exists, but that these are “very exciting times.” “As far as advancements for patients with melanoma and kidney cancer, there were no treatments that worked for many years. In the past five years new drugs have been developed that are having a positive impact on both cancers. These drugs are not providing a full cure, but they are allowing patients to better manage their disease and for a longer period of time,” he said. “There is every indication that we will continue to move forward with the development of novel treatments and that combination therapies will be made more effective.”

As far as the next 50 years for cancer research, he says it is hard to predict but feels more individualized treatments will be available to offer as investigators begin to understand more about the patient’s health and physical make up in conjunction with understanding what drives cancer tumors.

Looking back, Bertino says he wouldn’t change a thing and that he has been fortunate to have worked with so many talented mentors, colleagues and students through the years. 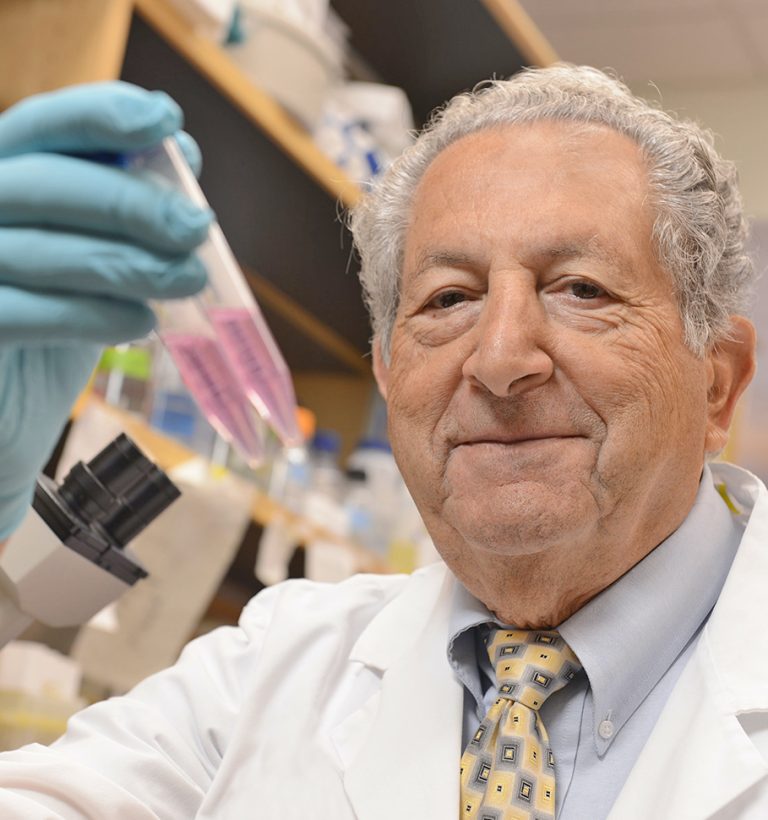 The State of Cancer Care in America 2014: A Report by the American Society of Clinical Oncology