John E. Ultmann, MD, (1925-2000) was an internationally recognized expert on the diagnosis, staging and treatment of Hodgkin’s disease and non-Hodgkin’s lymphoma as well as on the development of cancer chemotherapy. He was a professor in the department of medicine and the founding director of the University of Chicago Cancer Research Center (now known as the University of Chicago Medicine Comprehensive Cancer Center).

Ultmann was a pioneer in efforts to distinguish between the many different types of lymphomas. He was particularly well known for his work on precise staging of Hodgkin’s disease and the uses of staging as a guide for treatment.

“John Ultmann was an early proponent of the multi-disciplinary approach to treatment of lymphoma, which is associated with a tremendous improvement in the curability of the disease,” said Samuel Hellman, MD, the A.N. Pritzker Distinguished Service Professor in the department of radiation and cellular oncology and former dean of the biological sciences at the University. “He was known within the University as an outstanding teacher who trained many of the current leaders in the field, as a key player in assembling the world-renowned medical oncology group here, and as a compassionate physician who took excellent care of his patients until just a few weeks before his own death.”

Ultmann was also influential in the growth and evolution of the field of medical oncology, serving as chairman of the board of scientific counselors for the National Cancer Institute’s Division of Cancer Treatment from 1976 to 1980, as president in 1981-82 of the American Society of Clinical Oncology, as president and chairman of the board from 1984 to 1986 of the Association of American Cancer Institutes, and as chairman from 1985 to 1990 of the National Coalition for Cancer Research.

“In the 1960s and 70s, John Ultmann was a leading advocate for the precise diagnosis and staging of Hodgkin’s disease, which turned out to be extremely important in the choice of therapy,” said Harvey Golomb, MD, professor and chairman of medicine at the University of Chicago. “Besides practicing medicine, Ultmann also trained many distinguished cancer specialists,” said Golomb, who came to Chicago to work with Ultmann, “including several who are now directors of other cancer centers, such as the University of Pennsylvania and the University of Miami.”

John Ernest Ultmann was born in Vienna, Austria, on January 6, 1925. At age 10, after his mother died of cancer, he decided to devote his life to cancer research. Three years later–because of his father’s unpopular politics and because they were Jewish–his family was forced to flee the country to escape persecution. They arrived in New York City, New York on November 4, 1938.

Ultmann attended the Bronx High School of Science, where he recalled studying “science, science, and science” from 1940 until 1943. Soon after graduation he became a United States Citizen and was drafted into the Army. He served in the intelligence service during World War II and saw action in Italy. After the war, he returned to Austria where he helped identify and interrogate war criminals and gather information for their trials at Nuremberg.

In the spring of 1946, seven days after being discharged from the Army, Ultmann enrolled in Brooklyn College. That summer, he transferred to Oberlin College. A gifted student, Ultmann left Oberlin in 1948, without graduating, to begin medical school at the Columbia University College of Physicians and Surgeons.

As a medical student at Columbia, he worked with Dr. Alfred Gellhorn, one of the first specialists in medical oncology, who drew him into research in that new field. They collaborated in basic and clinical research on leukemia, lymphoma, and chemotherapy for the next 20 years.

Ultmann earned his medical degree in 1952 then completed his residency and a fellowship at the New York Hospital–Cornell Medical Center in 1955. After a research fellowship at Columbia, he joined that University’s faculty in 1956.

In 1968, Ultmann was recruited to the University of Chicago, where he helped revise the medical school curriculum, bringing more contact with patients into the traditionally classroom-oriented first two years of medical education.

In 1973, he coordinated the University’s successful application to the National Cancer Institute for creation of the University of Chicago Cancer Research Center and became director of the newly established center that November–a post that he held until 1991. Under his leadership, the UCCRC quickly became one of the leading cancer centers in the country.

The author or co-author of more than 450 published papers, review articles, book chapters, editorials and abstracts, Ultmann has served on the editorial boards of most of the major cancer journals, including Cancer Research, the Annals of Internal Medicine, the Journal of Clinical Oncology, and Blood. He served on dozens of national and international committees. He has received numerous honors, including honorary degrees from Heidelberg University and the University of Vienna, as well as an appointment as honorary professor at the Chinese Academy of Medical Sciences.

In the 1990s, because of close personal connections established over the years with many patients and their families, Ultmann took on an important role in Medical Center fundraising. He was the facilitator of a $21 million gift from Arlington International Racecourse owner Richard Duchossois and his family in 1994 to build a vast new ambulatory care center, the award-winning Duchossois Center for Advanced Medicine, and for establishing the John Ultmann Professorship in Medical Oncology–currently held by one of Ultmann’s former trainees, Everett Vokes, MD, section chief of hematology/oncology at the University of Chicago.

This close doctor-patient connection originated “not only from his scientific renown,” recalled Richard Duchossois, “but also from Dr. Ultmann’s more personal qualities–his compassion as a physician and his commitment as a friend. It is a consequence of a relationship between a family and their doctor that has blossomed for more than a decade.”

Ultmann died peacefully at age 75 from complications of lymphoma, the same disease he worked to cure, but his achievements are honored each year with the International Ultmann Chicago Lymphoma Symposium, an annual conference dedicated solely to the science and clinical care of lymphoma, now in its 19th year. 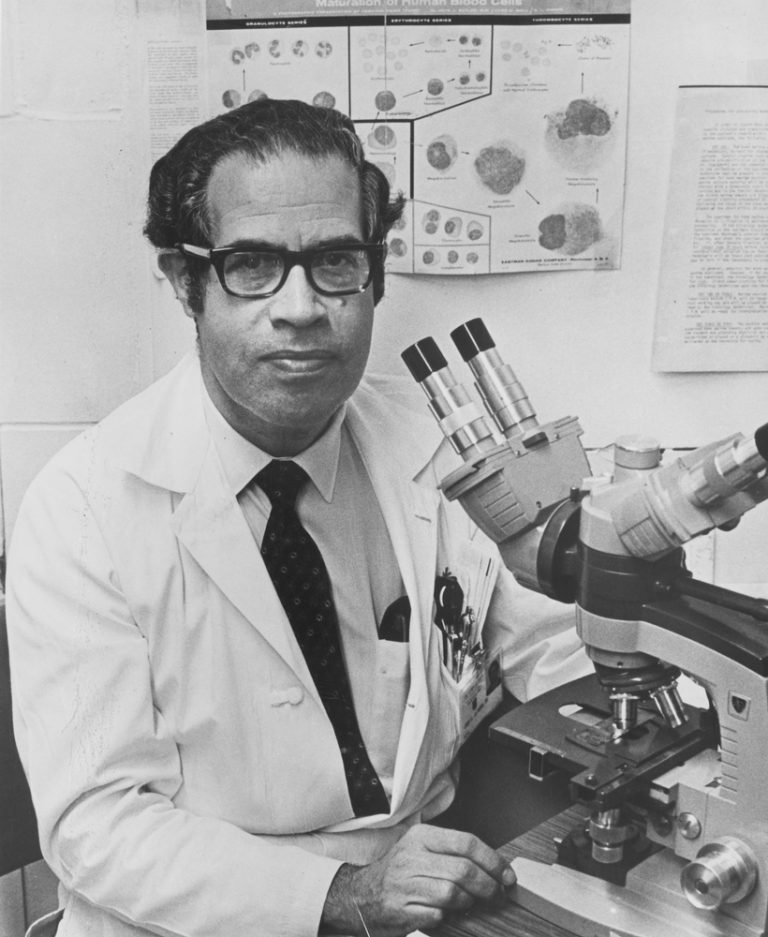