When Donald Pinkel, MD, began as the first director and CEO of St. Jude Children’s Research Hospital in 1962, childhood cancer treatments weren’t seen as curative. Drugs to treat the cancer were given one after another with temporary success. Focused on acute lymphoblastic leukemia (ALL), the most frequent cancer in young children, Pinkel and his colleagues identified four major obstacles to its cure: drug resistance, drug toxicity, meningeal relapse and most important, pessimism.

They began “Total Therapy” in 1962, a treatment program aimed at a permanent cure of ALL. The multi-drug therapy involved radiotherapy and instillation of medicine directly given into spinal fluid for meningeal treatment. Eventually, a 50% cure rate was achieved in the 1967–68 Total Therapy V study. This was the first significant cure rate for generalized cancer and for primarily drug treatment of cancer.

Pinkel has received the Albert Lasker Award for Clinical Medical Research, the Charles F. Kettering Prize for Cancer Research and the Pollin Prize for Pediatric Research.

The American Cancer Society honored him with its Annual Award for Clinical Research, and the Leukemia & Lymphoma Society of America with the Return of the Child Award. Internationally, he received the Zimmerman Prize for Cancer Research in Germany, and the Leukemia Society Annual Lectureship and the Royal College of Pediatrics and Child Health biennial Windermere Lectureship in the United Kingdom.

This four-phase treatment plan is still used. Enhanced technology, updated nurse and physician training, better infection control, safer blood transfusion and newer drugs and drug schedules have increased the reported cure rates up to 94% of children with ALL treated at St. Jude. In addition, radiation therapy has been replaced with better use of drugs both systemically and by administration into the spinal fluid to pre-empt meningeal relapse in most children with ALL.

Pinkel served as CEO and director of St. Jude until 1973. Clinical research into pediatric ALL will soon continue with the Total Therapy XVII study.

“Donald Pinkel introduced the word ‘cure’ to cancer,” said James Downing, M.D., president and CEO of St. Jude. “It was his bravery and unflinching commitment to move forward that changed everything.”

In 2017, the Donald P. Pinkel, MD, Research Tower was dedicated in honor of Pinkel’s contributions to St. Jude and pediatric diseases. 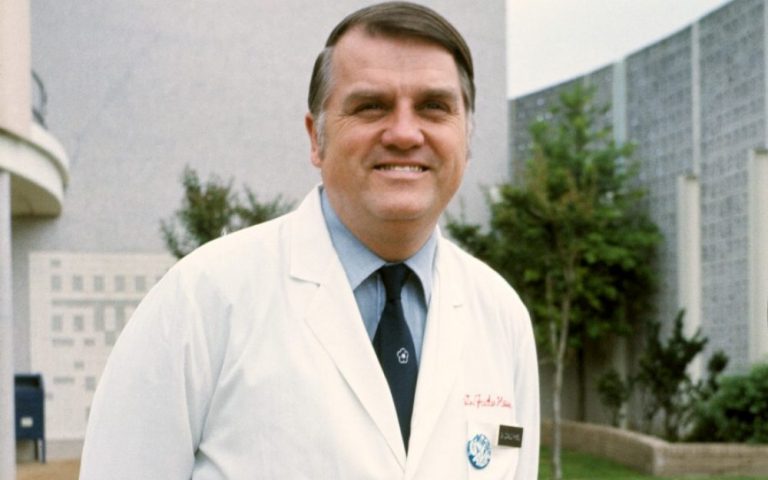