A history of The Institute for Drug Development, part of the Mays Cancer Center at UT Health San Antonio

The Institute for Drug Development (IDD) was founded in 1991 as the research arm of what was then called the Cancer Therapy & Research Center (CTRC), in San Antonio. The IDD has been at the forefront of developing new cancer drugs for decades, with approximately 20 drugs approved by the U.S. Food and Drug Administration for cancer treatment. The program offers patients the opportunity to receive drugs that are only available here and that might not become available to cancer patients elsewhere for several years.

The vision of CTRC leadership from its very beginning in 1974 was to eventually become a National Cancer Institute Cancer Center. Establishing the IDD was an important step in reaching this goal by focusing on the research needed to discover new cancer treatments for South Texans, an NCI research benchmark.

To establish the CTRC’s research role, Daniel Von Hoff, MD, FACP, FASCO, FAACR, was recruited from the NCI in 1979 as director of research. The next year, 1980, the CTRC received a government screening contract and the CTRC’s research lab was established. During the 1980s, the CTRC was experiencing significant growth and by 1988 was investing approximately $8 million each year in research. That same year, under Dr. Von Hoff’s leadership, the CTRC began a Phase I clinical trials program, enrolling 40 patients in the first year.  By 1991, the CTRC had created the IDD with Dr. Von Hoff as its founding director. A research campus was built for the IDD at the Texas Research Park, a new campus about 20 miles west of San Antonio. With Dr. Von Hoff at the helm, the IDD grew into one of the largest Phase I clinical trials programs in the nation. Through a combined application with UT Health San Antonio, the CTRC received NCI-designated Cancer Center status in 1990.

After Dr. Von Hoff’s departure in 1999 to join the University of Arizona Cancer Center, the IDD had two directors with brief tenures until Drs. Anthony Tolcher and Chris Takimoto became director of clinical research and director of pharmacology, respectively, from 2002-2007. Under their joint leadership, the IDD continued to grow.

When the CTRC became part of The University of Texas Health Science Center at San Antonio in 2007, the preclinical research housed at the Texas Research Park was moved to the university’s campus in San Antonio, allowing for closer collaboration with basic scientists and physicians who were treating cancer patients.

In 2010, Dr. Steve Weitman, an expert in drug development, who had previously worked with Dr. Von Hoff in the early days of the IDD, became director, leading the IDD until 2016.

In August 2019, Dr. Mesa recruited Daruka Mahadevan, MD, PhD, a world-renowned expert in early phase drug development, from the University of Arizona Cancer Center, where Dr. Mahadevan had been mentored by Dr. Von Hoff. In 2020, supported by an AT&T endowment, Dr. Mahadevan’s role expanded from chief of hematology-oncology to director of the IDD and associate director for clinical research at the Mays Cancer Center.

Under his leadership, the IDD is exploring new methods of preventing, detecting, treating and surviving cancer through a revitalized early therapeutics clinical trials program, membership in several NCI-sponsored clinical trials groups and partnerships with pharmaceutical companies.

To accomplish this, he has realigned the early phase therapeutics/Phase I program with multiple recruitments.

“Our goals are to open novel, first-in-class and first-in-human clinical trials to our cancer patients,” Dr. Mahadevan said. “These efforts give eligible pediatric and adult patients access to leading treatment options years before they become widely available to the public.”

Highlights of these new efforts include:

The IDD has developed nearly 20 agents over the past 30 years that are now FDA-approved and considered standard treatment for various types of cancers. 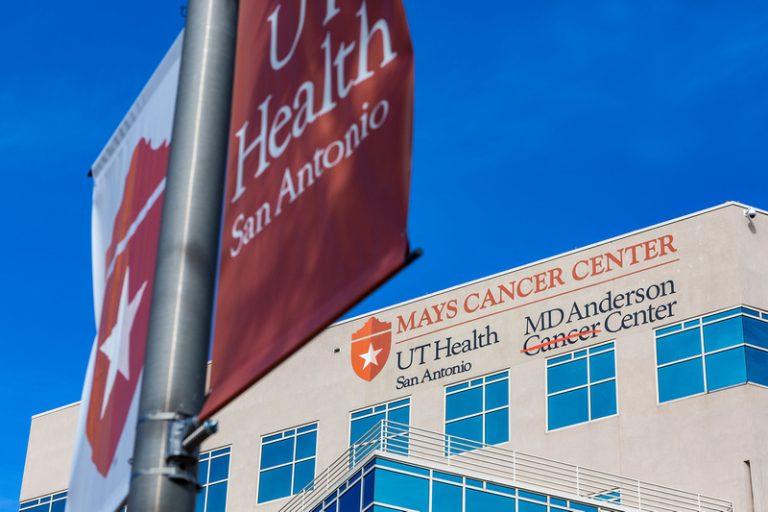