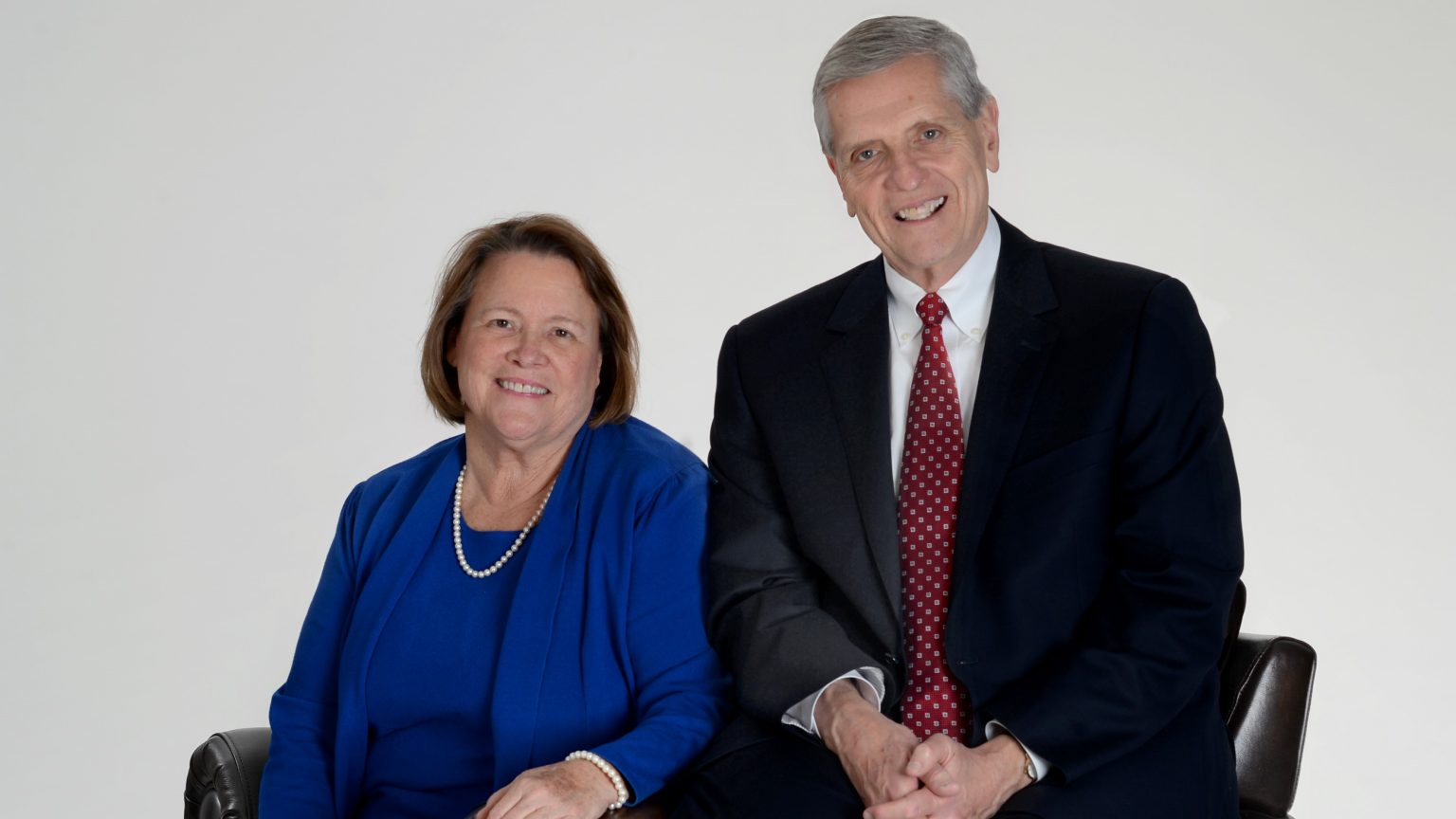 The story of how advanced cancer research at The University of Kansas Clinical Research Center came to fruition is truly extraordinary. Just ask Mary Birch and Fred Logan, who twelve years ago helped lead the creation of a one-of-a-kind sales tax supporting research and higher education in Johnson County, Kansas.

Mary Birch, now chair of the cancer center’s Cancer Funding Partners board, refers to the sequence of events as a perfect storm. And it started on a tennis court in 2006.

“Between sets, Dick Bond, a Kansas State Senator at the time, and I chatted about the need for Johnson County to grow its life sciences economy and what needed to take place for that to happen,” Birch recalls. “The idea of creating a sales tax to stimulate the economy began to take shape.”

They convened KU and KSU leadership, including then-KU Medical School dean Barbara Atkinson and KU Chancellor Robert Hemenway, to identify specific needs for support. Birch was aware of the cancer center efforts to obtain National Cancer Institute (NCI) designation, so she picked up the phone.

“I called Dr. Roy Jensen – we had never spoken before – and I asked him what the center needed to strengthen its NCI designation application. Dead silence on his end,” Birch says. “After he recovered, he said a phase I clinical trials unit was needed, which would give patients access to the latest, most innovative treatments, here in Kansas City.”

Each institution identified the need for $5 million in annual funding, half for buildings and facilities and the other half for degrees, certificates and research. With permission from the state of Kansas, the bill was drafted and led by former Kansas Senator Barbara Allen, where it passed in both the House of Representatives and the Senate. A year later, the Johnson County Commission voted 6-1 to place the tax on the ballot. Fred Logan, an attorney and longtime supporter of the community’s education initiatives, was approached to chair the campaign to educate voters about the JCERT sales tax.

“I couldn’t turn down that opportunity,” Logan says. “This was a unique campaign, never before attempted in the United States.”

As part of the grassroots education effort, Logan and his team polled Johnson County voters to gauge awareness and understanding of the sales tax. Both the KU Edwards and KSU components of the tax received high favorable ratings, and the response to the cancer center piece was particularly noteworthy.

“The concept of a cancer clinical research center was off-the-charts popular,” Logan says. “That piece of the bill struck a chord with voters. I knew then it was special.”

Bill Hall, then-president of the Hall Family Foundation, agreed to lead the fundraising efforts for the campaign. According to Logan, the campaign funds, which supported efforts to explain to voters a unique concept, were critically important. Presentations to elected official and community leaders, a total of 226 over the course of 12 months, followed. More than 150 volunteers supported efforts to raise awareness.

The sales tax passed in November 2008, during the Great Recession, with 57 percent of voters in favor.

“Under the circumstances, the support was incredible. Clearly, the voters listened, and they understood its significance,” Logan says.

Following the tax’s passing, Dr. Jensen and cancer center leaders visited the leading phase I clinical trials facilities across the country, gathering expert opinions and determining the ideal design of the facility. The state-of-the-art building opened in 2012 and houses all oncology early phase clinical research functions formerly scattered across multiple locations. To date, more than 900 participants have taken part in oncology early phase or investigator-initiated trials at the Clinical Research Center.

“Thanks to the support we receive from JCERT, we have the capacity to have one of the best clinical research programs in the country,” Dr. Jensen says. “It is solely attributable to the fact that we have predictable and sustainable funding. Our clinical research efforts are central in our quest to achieve Comprehensive designation from the NCI.”

More than $15 million is generated annually by the tax. A seven-member board comprised of elected officials from Johnson County ensures the use of public funds complies with state and local law. According to Birch, the sales tax is just as unique today as it was unique ten years ago.

“So far, we are the only community in the U.S. with a local tax for cancer research,” Birch says. “As our population grows, so will the funds. It’s the best investment in our community we could have made.”

Presidents of the AACR