In 1913, tuberculosis would kill nearly 150,000 people, more than twice the toll taken by cancer. A group of committed volunteers refused to accept this tragedy and established the Jewish Consumptive Relief Association (JCRA), a free, nonsectarian tuberculosis sanatorium.

After hosting several fundraisers, the JCRA placed a down payment on 10 acres of sun-soaked land in Duarte, California, where they would establish the Los Angeles Sanatorium a year later. The original sanatorium consisted of two canvas cottages and ultimately launched a century-long journey that would place City of Hope at the forefront of the nation’s leading medical and research institutions.

Their visionary efforts were rewarded when, by the mid-1940s, the discovery of antibiotics pushed tuberculosis into a decline across the United States. But there was no time for celebration. The pioneering thinkers at City of Hope had already trained their focus on humanity’s next great medical challenge: tackling the catastrophic disease of cancer. Later, they mounted a fight against diabetes and HIV/AIDS. In accepting each new medical challenge, however daunting, City of Hope continually reaffirms its humanitarian vision that “health is a human right.”

In the spirit of that remarkable cause, Samuel H. Golter, one of City of Hope’s early leaders, coined the phrase, “There is no profit in curing the body if, in the process, we destroy the soul.”

Over the decades, research conducted at City of Hope has led to significant advances in modern medicine, including the development of the first synthetic human insulin, the human growth hormone, and the technology behind the widely used cancer-fighting drugs Herceptin, Rituxan, Erbitux and Avastin.

We’ve accomplished a lot and we believe our founders would be proud. But like those original visionaries, as we look toward the next 100 years we know the threats to human health are resilient and relentless and so must be our resolve. City of Hope researchers, physicians, nurses, educators, and staff have all made hope a reality for countless patients and their loved ones and will continue to do so into the next century and beyond.

The Jewish Consumptive Relief Association is officially incorporated. Ten acres of land are purchased on which to establish the Los Angeles Sanatorium.

The sanatorium officially opens its doors, admitting 31 patients during its first year.

The International Ladies’ Garment Workers Union contributes $45,000 toward the construction of the 64-bed Morris Hillquit Memorial Hospital. The finished building is dedicated in 1938 — the sanatorium’s 25th anniversary year.

With tuberculosis on the wane, Executive Director Samuel L. Golter outlines a plan by which to transform the sanatorium into a national medical center focused on the study and treatment of cancer and other major diseases.

The name “City of Hope,” used since 1916, is formally adopted, reflecting the institution’s broader ambitions.

City of Hope partners with University of California, Los Angeles to establish the Cancer Research Institute on the Duarte campus.

A radiation therapy machine developed by City of Hope scientists that delivers radiation to malignancies deep within the human body is put into operation.

The focus on compassionate care reaches new heights with the opening of Hope Village, on-site housing for patients and their families traveling from across the nation.

Executive Director Ben Horowitz unveils a master plan that calls for enlarging patient care, research, and medical education facilities. This includes the expansion of research and treatment programs concerning cancer and other diseases.

The first Beckman Research Institute, a name that would become synonymous with leading-edge research, is established at City of Hope.

Scientists at City of Hope discover how to manufacture immune proteins known as antibodies. This breakthrough leads to humanized monoclonal antibodies — and to a new generation of “smart” cancer drugs, including Herceptin, Rituxan, Erbitux and Avastin.

The Graduate School of Biological Sciences is chartered.

The first Food and Drug Administration-approved human trials of a gene therapy for HIV/AIDS begin. This line of research would lead, in 2011, to the first long-term persistence of anti-HIV genes in AIDS-related lymphoma patients who have been treated through gene therapy.

The National Cancer Institute designates City of Hope as a comprehensive cancer center.

The Center for Biomedicine & Genetics opens, enabling City of Hope to create biologically based treatments for use in clinical trials. In 2012, a facility producing chemically based drugs opens. These two centers, and a complementary third facility, quickly translate discoveries into treatments.

The National Institutes of Health designates City of Hope as an Islet Cell Resource Center.

City of Hope becomes one of the first U.S. medical centers to perform laparoscopic radical prostatectomies to treat prostate cancer.

City of Hope Helford Clinical Research Hospital opens, replacing Hillquit Hospital. Helford Hospital maximizes the human side of patient care and significantly increases City of Hope’s capacity for surgical procedures and for programs such as the BMT.

The City of Hope Medical Foundation is established.

City of Hope reaches its milestone 10,000th bone marrow transplant, becoming one of the largest and most successful transplant programs of its kind in the world. 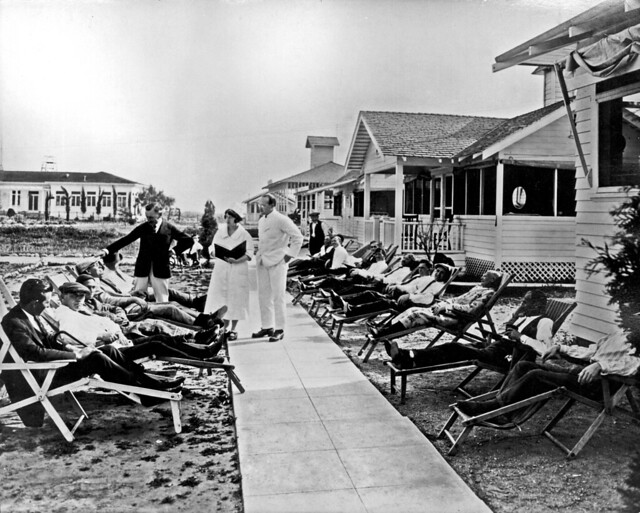 Samuel H. Golter, one of City of Hope’s early leaders, coined the phrase, “There is no profit in curing the body if, in the process, we destroy the soul.”