Eva Bateman had more than one reason to celebrate in 1939 when she graduated from the School of Nursing at Buffalo’s E. J. Meyer Memorial Hospital. She was the first person of African descent to achieve that distinction, and she ranked first academically in a class of 100. But when she and her date entered the dining room of the Park Lane Hotel for the graduation dinner-dance, they didn’t get far. A line of waiters moved toward them and quickly ushered them out, advising them that the hotel did not serve African Americans. 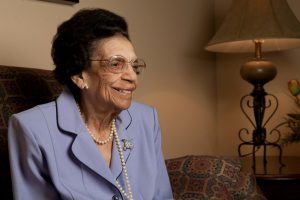 In 2009, at age 90, Eva Bateman Noles shrugged at the memory. “If you’ve been hurt all your life, you get used to another hurt,” she said. There were many hurts: Even after she had been accepted to nursing school, it was unthinkable that she could room with a white classmate, so “they had to find a room for me — a separate room, almost in a separate building,” she said.  And there were roadblocks even after graduation, when prospective employers expressed skepticism that she was really a nurse or emphasized that, even if she were hired, she would not receive the same pay as the white nurses and would have to eat alone, in the kitchen.

Those roadblocks were no match for her tenacity. After stints at E. J. Meyer Memorial Hospital, Sisters of Charity Hospital and Columbus Hospital, in 1945, she followed one of her nursing supervisors to Roswell Park Comprehensive Cancer Center, then called the New York State Institute for the Study of Malignant Disease. “I went just to be with her, knowing I would have somebody behind me,” Mrs. Noles recalled. “I was welcomed [at Roswell Park].” There she thrived, proving her mettle with every new appointment — Head Nurse in Central Supply, 1953; Assistant Director of Nursing – Inservice, 1966; Chief of Nursing Services and Training, 1971.

Throughout her nursing career, she relied heavily on the writing skills that had helped her win an NAACP essay contest as a youngster, authoring numerous articles in such journals as Hospital Management and the American Journal of Nursing. She also received the New York State Employees Merit Award in 1957 for “Kardex Control of Portable Equipment.” Collaborating with a staff plumber, she designed a machine to test rubber gloves to determine whether they could be re-used. With Dr. Elias Cohen, then director of Roswell Park’s blood bank, in 1961, she earned a New York State Employee Suggestion Program Award for developing a method of siliconizing syringes.

As a supervisor, she proved a formidable champion of the nurses who served under her, returning to the hospital late at night whenever necessary, “to give them some support.” Dismayed that nurses were not accorded the recognition they deserved, in 1970, she successfully lobbied Governor Nelson Rockefeller to establish Nurse Week in New York State. As a member of the Negro Registered Nurses Club, she helped raise money for scholarships for young women of African descent who wanted to study nursing. She traveled across the country and as far as Israel and Mexico to take part in international nursing conferences that addressed concerns common to the profession. In 1975 she published A History of Nursing at Roswell Park, 1914-1974, paying tribute to the pioneering nurses of the nation’s first cancer institute.

And she continued writing “about things I knew,” tracing the history of Buffalo’s Black community and calling attention to its many contributions. Those publications and her papers are now preserved in the archives of the State University of New York at Buffalo. After retirement, she began work on her autobiography, First Skirt, looking back on the challenges and triumphs of her four decades as a nurse.

What kept her going through the tough times? “When I start something, I want to finish it,” she said.

Eva Noles was recognized in 2002 with the Uncrowned Queens Institute’s Culture Keepers Award for outstanding contributions to African American culture in Western New York. In 2008 Roswell Park honored her for her many contributions to the Institute, establishing a scholarship in her name for employees pursuing a first degree.

Mrs. Noles died in 2015 at age 96. Today her portrait hangs in the Clinical Sciences Center at Roswell Park, recalling a woman of exemplary kindness, courage and leadership. 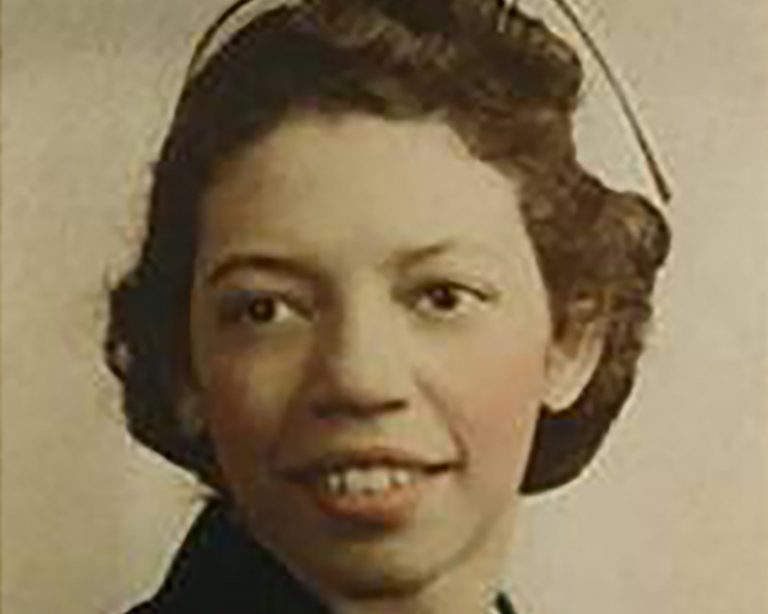 Supporting One Another for 40 Years