Henry T. Lynch, the father of hereditary cancer detection and prevention, died June 2, 2019. He was 91.

Lynch was the founder and director of the Creighton University Hereditary Cancer Center, which opened in 1984. Also that year, the term “Lynch syndrome” was coined to recognize his contributions in identifying the strain of hereditary nonpolyposis colon cancer. 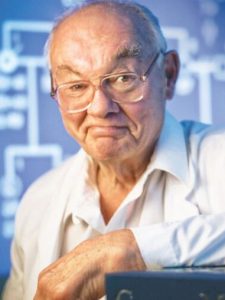