The grandson of Italian immigrants, Philip John DiSaia was born on Aug. 14, 1937 in Providence, Rhode Island. He earned his Bachelor’s in Science at Brown University and his MD at Tufts University.

Upon the advice of his mentor in medical school, DiSaia obtained two years of general surgery training, followed by residency in obstetrics & gynecology at Yale University where he met Edward Quilligan, creator of the fetal heart rate monitor.

During residency, DiSaia published the paper that first brought to light the teratogenic effects of warfarin on the human fetus.

He next fulfilled his commitment to serve in the U.S. Navy and then successfully competed for a grant through the American Cancer Society, which funded his fellowship in gynecologic oncology under the tutelage of Felix Noah Rutledge at MD Anderson Hospital and Tumor Institute in Houston. 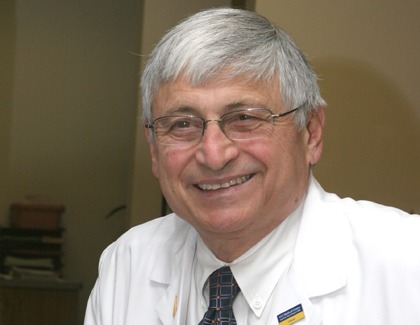 Krishnansu Tewari
Director of the Division of Gynecologic Oncology at the University of California, Irvine