Editor’s Note: This article first appeared in the Summer/Fall 2020 issue of Forward magazine, which is published twice a year by Fox Chase Cancer Center.

In 1984, Rob Krigel came to Fox Chase Cancer Center as director of the Department of Hematology. During his time at Fox Chase, Krigel conducted groundbreaking work on early clinical trials of combination therapies for the treatment of cancer, as well as interferon research.

But Krigel had already made a name for himself at New York University, where he had trained as a hematologist and oncologist prior to joining the staff there. His time at NYU coincided with the beginnings of the AIDS epidemic, and Krigel became a leading authority on the management of AIDS-related malignancies.

After leaving NYU, Krigel found his second family at Fox Chase, where he became known for the great compassion he showed his patients and their families. “He was beloved and a symbol of the special character of the institution,” said Lou Weiner, an oncologist and former colleague at Fox Chase who later became Krigel’s best friend. Weiner is now director of the Georgetown Lombardi Comprehensive Cancer Center in Washington, D.C.

Although the two had attended the same undergraduate and medical schools, they had never crossed paths before coming to Fox Chase. But they became close, rooming together at medical conferences, going on family vacations together, almost like brothers.

Krigel also helped train the next generation of oncologists, people like Lori Goldstein, a professor of hematology and oncology at Fox Chase. “He made us better, more caring people and physicians,” said Goldstein.

In 1993, Krigel left Fox Chase to become director of the Lankenau Cancer Research Institute in Wynnewood, Pennsylvania. After being at Lankenau for about six months, Krigel called Weiner in the middle of the night because he thought he had perforated an ulcer.

Weiner, who was the attending medical oncologist at Fox Chase, reviewed the X-rays and later bloodwork showed that Krigel had cancer, angiosarcoma that had spread through his body and had previously shown no symptoms. “I had to go in at the moment we made the diagnosis and tell my best friend he had cancer,” said Weiner.

He recalls Krigel insisting on seeing the X-rays himself and going down to the radiology suite in his hospital gown. “He took one look at the X-rays and knew exactly what they meant,” said Weiner. “He said, ‘Aww’ with a kind of sad and knowing tone, because he knew what was going to happen.” Krigel then insisted that Weiner be his physician.

Bonnie Perlmutter, Krigel’s wife, remembered that despite the hardship of his treatment, being at Fox Chase made it easier. “You could just see it in his eyes and how he walked down the hallway. He loved it there and they loved him.”

Carrying on the family tradition, Krigel’s daughter Anna is a gastroenterology fellow at New York Presbyterian Hospital who was deployed to the frontlines during the COVID-19 pandemic, and his son Jonathan is a psychologist like his mother.

Fox Chase remembers Krigel with the Krigel Teaching Award, which is given to a faculty member, and the Krigel Lectureship, which promotes translational research. “People like Rob don’t come around very often,” said Weiner. “It is a mark of his impact and his character that we still think and talk about him to this day.” 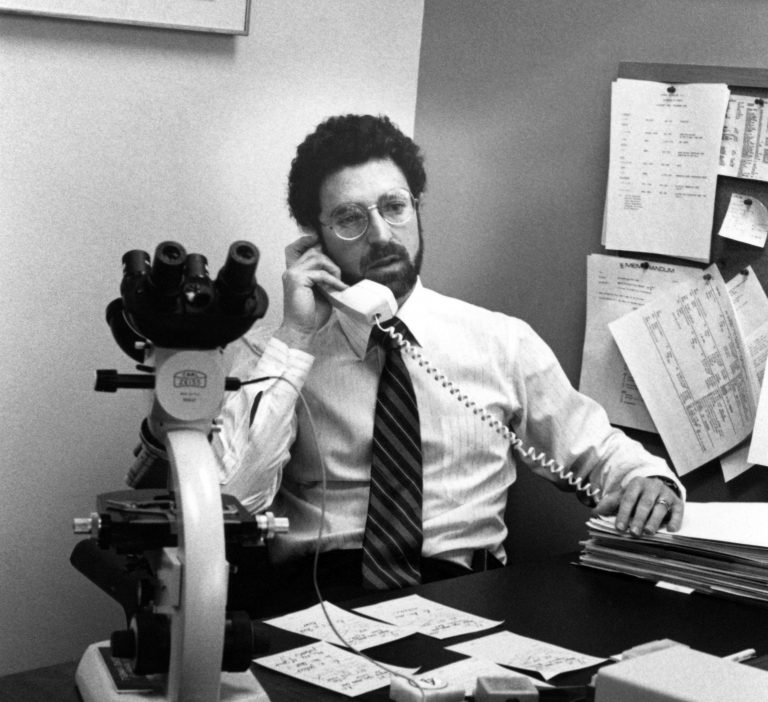