Sanjiv Sam Gambhir, MD, PhD, professor and chair of radiology at the Stanford School of Medicine and an internationally recognized pioneer in molecular imaging, died July 18, 2020 of cancer. He was 57.

“Sam was a true visionary and a scientist of the highest caliber. His research and innovations have, with no uncertainty, founded modern medicine’s approach to early disease diagnostics and will continue to guide the future of precision health,” said Lloyd Minor, MD, dean of the School of Medicine. “Sam’s contributions to Stanford, to human health, to the science of diagnostics and to the many lives he has touched and impacted throughout his career have been immeasurable.”

Within the field of radiology, Gambhir was known for the development of positron emission tomography reporter genes, which can flag molecular activity that signals something’s gone awry in the body.

To colleagues far and wide, he was known as a leader and scientist with sprawling expertise and a work ethic to aspire to. More than that, colleagues said he was a kind and generous friend, a nurturing mentor and a catalyst for collaboration.

On the eve before his death, he was awarded the Dean’s Medal, the School of Medicine’s highest honor, for his “revolutionary contributions to biomedicine and to human health.” In tandem with the honor, Minor announced that a new professorship, the Sanjiv Sam Gambhir Professorship in Translational Medicine, would stand as a tribute to Gambhir’s remarkable career “to further recognize his unwavering leadership, compassion and commitment to science and medicine.” 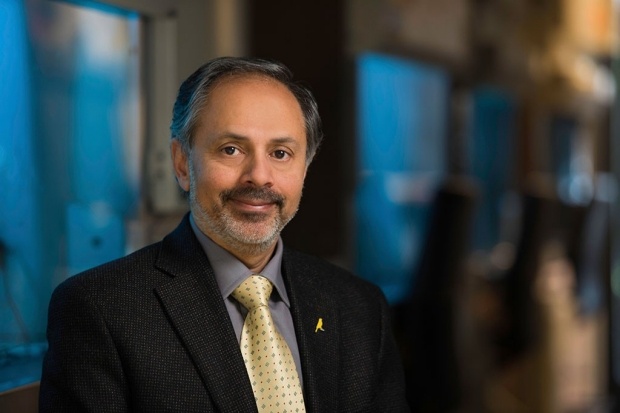