There has never been a time of greater excitement in cancer science and medicine. The rapid pace and broad scope of the progress we are making against the collection of diseases we call cancer are astounding. This progress is happening because research discoveries made as a result of innovative cancer science are continually being translated to new and better approaches to cancer prevention, detection, diagnosis, treatment, and cure.

As the first and largest professional organization in the world dedicated to advancing every area of cancer research, the American Association for Cancer Research (AACR) is dedicated to increasing public understanding of cancer and the importance of cancer research for saving lives. It is also committed to advocating for increased annual federal funding to government entities that fuel progress against cancer and improve public health, in particular, the National Institutes of Health (NIH), National Cancer Institute (NCI), U.S. Food and Drug Administration (FDA), and Centers for Disease Control and Prevention (CDC).

The annual AACR Cancer Progress Report to Congress and the American public is a cornerstone of the AACR’s educational and advocacy efforts. This ninth edition of the report highlights how research continues to extend and improve lives, like the lives of the courageous individuals featured in this report who have shared their experiences with cancer. It also underscores how unwavering, bipartisan support from Congress, in the form of robust and sustained annual increases in funding for the NIH, NCI, and FDA, is vital if we are to accelerate the pace of progress against cancer for the benefit of patients and their families everywhere.

Research continues to be our best defense against cancer. It powers the development of new and better ways to prevent, detect, diagnose, treat, and cure some of the many diseases we call cancer. These advances are driving down overall U.S. cancer incidence and death rates, and increasing the number of children and adults who are living longer, higher-quality lives after receiving a cancer diagnosis. For example, the ageadjusted overall U.S. cancer death rate declined by 27 percent from 1991 to 2016, a reduction that translates into more than 2.6 million cancer deaths avoided. In addition, in the past 3 years, the number of adults and children living in the United States with a history of cancer rose by an estimated 1.4 million, reaching more than 16.9 million on January 1, 2019.

Although we are making extraordinary advances every year, cancer is an enormous public health challenge. In fact, in the United States alone, it is predicted that 1.7 million new cases of cancer will be diagnosed in 2019 and that this number will rise, reaching more than 2.3 million in 2040. This sharp increase is anticipated largely because of overall population growth and because the segment of the U.S. population that accounts for most cancer diagnoses—those age 65 and older—is expanding. Another pressing challenge is ensuring that the U.S. health care system can withstand the burden of caring for the rapidly increasing numbers of cancer survivors because most of them have poorer health and quality of life than other individuals of a similar age.

The immense toll of cancer is felt through both the number of lives it affects each year and its economic impact. In the United States, the direct medical costs of cancer care are estimated to have been $80.2 billion in 2015, the last year for which these data are currently available. This number does not include the indirect costs of lost productivity due to cancer-related morbidity and mortality, which are also extremely high. With the personal and economic burden of cancer predicted to rise in the next few decades, it is clear that the research that drives progress against cancer is a vital national investment.

Discoveries across the breadth of medical research have led to our current understanding of how cancer arises and develops.

We now understand that cancer is a collection of diseases that arise when the processes that control normal cell growth, division, and life span go awry. This happens primarily because of changes, or mutations, in the genetic material of normal cells. Individuals sometimes inherit a mutation, but most mutations are acquired over time. The identity of genetic mutations and the order and speed at which a cell acquires them determine the length of time it takes a given cancer to develop. Inherited cancer-causing mutations are linked to about 10 percent of cancer cases. Most mutations are acquired over an individual’s lifetime due to errors arising during normal cell multiplication or because of exposure to external factors, such as toxicants in tobacco smoke and ultraviolet (UV) light from the sun.

Although genetic mutations underpin cancer initiation and development in most cases, epigenetic abnormalities as well as interactions between cancer cells and their environment—known as the tumor microenvironment—also play an important role. Ongoing research will continue to uncover additional cellular and molecular alterations that contribute to cancer development.

Decades of research have led to the identification of numerous factors that increase a person’s risk of developing cancer. Given that exposure to many of these factors can be eliminated or reduced, many cases of cancer could be prevented. In fact, it is estimated that about 40 percent of cancer cases in the United States are attributable to preventable causes. The major preventable causes of cancer are tobacco use, obesity, lack of physical activity, alcohol consumption, exposure to UV light from the sun or tanning devices, and failure to use interventions that treat or prevent infection with cancer-associated pathogens, such as cancer-causing strains of human papillomavirus (HPV).

The development and implementation of public education and policy initiatives designed to eliminate or reduce exposure to preventable causes of cancer have reduced cancer morbidity and mortality in the United States. Thanks to such initiatives, cigarette smoking among U.S. adults has declined steadily over the past few decades, reaching the lowest rate ever recorded in 2017, 14 percent. However, the use of a new generation of tobacco products called electronic cigarettes (e-cigarettes) is rapidly increasing among U.S. youth and young adults. E-cigarettes deliver very high levels of nicotine, a highly addictive substance, and increase the risk of using combustible cigarettes among youth and young adults. The FDA and U.S. Surgeon General are taking steps to curb youth access to these tobacco products with new public education and policy initiatives, but more must be done to address this emerging epidemic.

The prevalence of obesity, another major risk factor, which is associated with 15 types of cancer, continues to rise among U.S. children and adults and according to recent estimates 35 percent of U.S. adults are physically inactive and only 25 percent of youth meet their recommended physical activity guidelines.

Therefore, it is imperative that all stakeholders work together to enhance the dissemination of our current knowledge of cancer prevention and implement evidence-based policies to minimize the incidence and death from preventable causes of cancer.

Cancer screening refers to checking for precancerous lesions or cancer in people who have no signs or symptoms of the cancer for which they are being checked. Determining whether broad implementation of a cancer screening test across the population can decrease deaths from the screened cancer and provide benefits that outweigh the potential risks of undergoing the test requires extensive research and careful analysis of the data generated. Currently, there are four types of cancer—breast, cervical, colorectal, and prostate cancer—for which screening tests have been used to screen large segments of the U.S. population who are at average risk of developing the cancer for which they are being screened.

Each person’s risks for developing cancer, tolerance of the potential risks of a screening test, and general health are unique to that person. Therefore, every individual should consult with his or her health care practitioner to develop a personalized cancer prevention and early detection plan.

The dedicated efforts of individuals working throughout the cycle of medical research are constantly powering the translation of new research discoveries into advances across the clinical cancer care continuum that are improving survival and quality of life for people in the United States and around the world.

Two of these FDA approvals were groundbreaking advances. In November 2018, the FDA approved the first molecularly targeted therapeutic for treating cancer based on whether a patient’s tumor tests positive for a specific genetic biomarker, irrespective of the site at which the cancer originated. The therapeutic, larotrectinib (Vitrakvi), is providing a new treatment option and new hope to patients with a wide range of cancers, including children with soft tissue sarcoma, such as Emma Levine, and adults with salivary gland tumors, such as Keith Taggart.

Research-fueled advances in cancer detection, diagnosis, and treatment are helping more and more people to survive longer and lead fuller lives after a cancer diagnosis. According to the latest estimates, more than 16.9 million U.S. adults and children with a history of cancer were alive on January 1, 2019, compared with just 3 million in 1971, and this number is projected to rise to 22.1 million by January 1, 2030.

Despite the progress, cancer survivors often face serious and persistent adverse outcomes, including physical, emotional, and psychosocial challenges because of their disease and treatment. Each person diagnosed with cancer faces a unique set of challenges, but one in four survivors reports a poor physical quality of life and one in 10 reports a poor mental health-related quality of life. Utilization of palliative care, adopting a healthy lifestyle, and participating in cancer prehabilitation and rehabilitation programs like the ones in which Christine Cosby took part can improve quality of life.

The transition from initial cancer treatment to follow-up, long-term survivorship care can be complicated, and we need to identify the optimal way to provide comprehensive, coordinated care to all cancer survivors and ensure that it benefits patients by improving cancer-related outcomes and health-related quality of life. This will require a concerted effort from all stakeholders including patient advocates, such as Tomma Hargraves, whose experience with lung cancer led her to train to become a patient lay navigator so that she could help others diagnosed with the disease.

Looking to the Future

Research is the backbone of progress because it provides us with a deep understanding of cancer.

As we look to the future, many researchers, including AACR President Elaine R. Mardis, PhD, are confident that we will be able to accelerate the pace of progress against cancer by increasing collaboration between cancer researchers and experts from other disciplines such as mathematics, engineering, physical sciences, and computer science. The new wave of technological innovations driven by a team science approach will accelerate the pace of research discoveries across the breadth of cancer science and medicine.

Cutting-edge techniques such as single cell sequencing and gene editing using CRISPR/Cas9 are poised to transform our basic understanding of cancer development, while the incorporation of novel technologies such as liquid biopsies and artificial intelligence into the clinic has the potential to transform patient care in the near future.

Federal investments in the NIH, NCI, FDA, and CDC have fueled tremendous advances against cancer by catalyzing scientific discoveries and facilitating the translation of these discoveries into new and better anticancer medical products and community-based programs to improve public health.

If we are to continue to accelerate the pace of progress against cancer, we need robust, sustained, and predictable annual budget increases for the NIH and NCI. We also need continued congressional commitment to supporting the FDA and the cancer prevention and control programs at the CDC. These vital investments will help support a diverse research workforce, advance regulatory science initiatives, and allow us to pursue policies that improve cancer prevention, early detection, interception, and control for individuals, families, and communities. 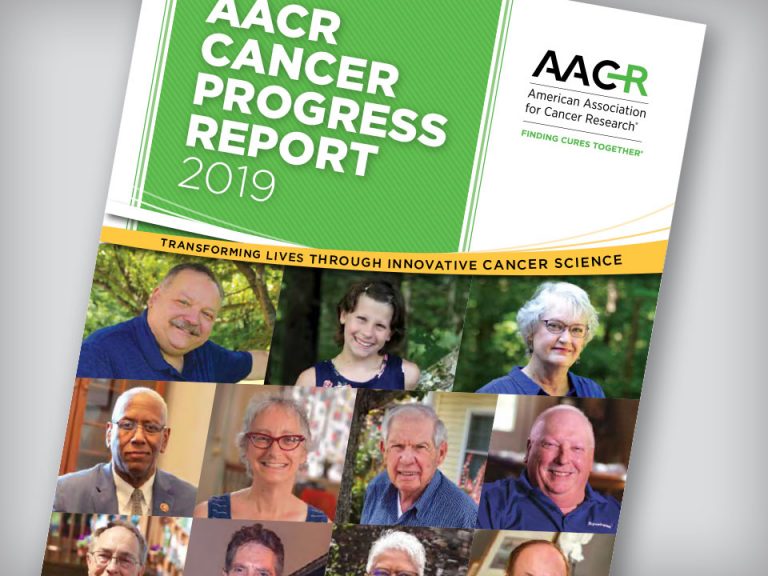 The State of Cancer Care in America 2015: A Report by the American Society of Clinical Oncology