The following letter to the editor by Donald Pinkel, then-medical director of St. Jude Children’s Research Hospital, was published March 28, 1971 in The Commercial Appeal, a local Memphis paper.  The original editorial is reproduced in full below, with the scanned news clipping available for download:

To the Commercial Appeal:

Congratulations on the excellent editorial concerning urban housing in your March 18 edition of The Commercial Appeal. In addition to the disastrous effects of poor housing which you mentioned numerous specific child health problems result. During the three years of the MAP-South-St. Jude nutrition and health program we have found that next to malnutrition inadequate housing is the leading disease of South Memphis children.

We have made the following observations:

I could go on further and tell you about the parasitic and bacterial diseases of the intestines resulting from inadequate and worn-out plumbing, of the babies covered with mosquito bites for lack of screens, of the infected lacerated feet due to the broken glass in the streets, but I will spare you further details.

To give medical care for illnesses without correcting their causes is like running on a treadmill. To expand local child health care facilities without providing adequate food and shelter for all Memphis children is only to quicken our pace on the treadmill.

The economy-minded citizen should take heed. Providing medical care for all the children with streptococcal pyoderma, pneumococcal pneumonia, nephritis, rheumatic fever, burns, infected feet and infectious diarrhea resulting from bad housing is costing the public millions of dollars each year in taxes, insurance premiums and contributions. Adequate housing is not only more human but cheaper than medical care.

Again congratulations on your efforts to provide every Memphis child with adequate food and shelter.

Letter to the editor by Donald Pinkel. 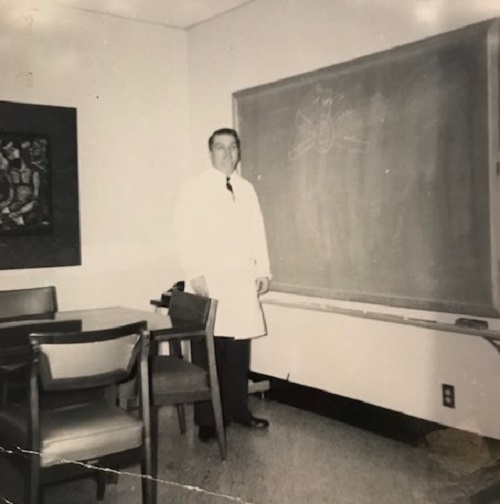 CMS will pay oncologists to report adherence to practice guidelines.