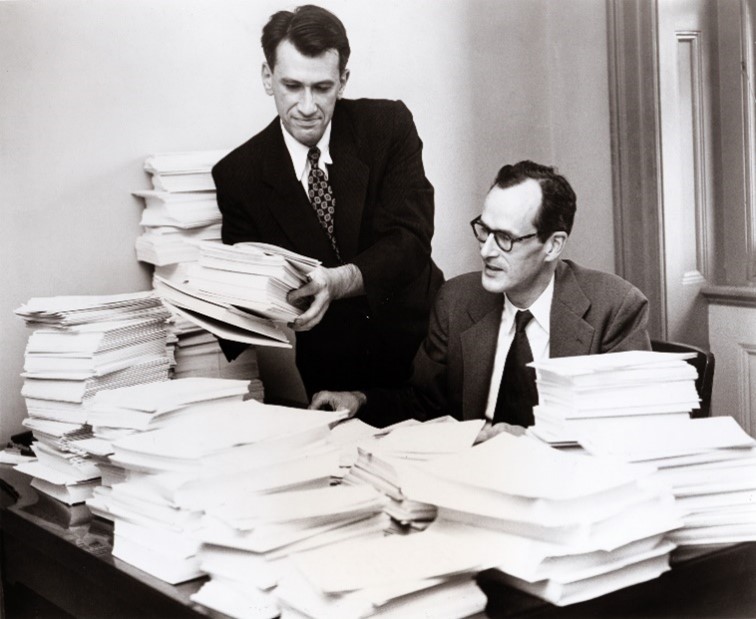 A Look Back at the Great American Smokeout

For nearly 50 years, the American Cancer Society has held the Great American Smokeout on the third Thursday of November, providing people who smoke with an opportunity to commit to healthy, smoke-free lives. While acknowledging that it may not be possible to quit smoking in one day, the event encourages individuals to view the date as “Day One” on the journey toward a cigarette-free life, thereby significantly reducing the risk of cancer.

Let’s take a look back at the history of smoking and lung cancer and the subsequent creation of the Great American Smokeout.

While lung cancer was rare in the 1800s, technological advances that allowed for the mass production of cigarettes along with ad campaigns glamorizing smoking, led to skyrocketing lung cancer rates in the 20th century. By the early 1950s, it was the most commonly diagnosed cancer in American men.

While several small-scale research studies conducted between the 1920s and 1940s had suggested a possible link between smoking and lung cancer, none provided the evidence necessary to establish a definitive connection. American Cancer Society scientists, E. Cuyler Hammond, Ph.D., and Daniel Horn, Ph.D., changed all that through a cohort study. In 1952, the pair recruited approximately 188,000 American men, aged 50 to 69, across 10 states. The study, which enlisted the help of 22,000 ACS volunteers, asked the men about past and present smoking habits and required frequent follow-ups.

After following the group for approximately 20 months, Hammond and Horn found that men with a history of regular cigarette smoking had a considerably higher death rate than those who had never smoked or who only smoked cigars or pipes. While the study provided links to multiple diseases, it specifically called out lung cancer. In the years that followed, Hammond and the American Cancer Society continued to collect data, conducting a larger and more robust long-term follow-up study that would later lead President John F. Kennedy and his surgeon general, Luther Terry, to classify cigarette smoking as a health hazard in 1964.

History of the Great American Smokeout

Despite Hammond and Horn’s findings, smoking remained common among American men for several more decades. To help combat this trend, ACS launched the Great American Smokeout, which has caused a dramatic shift in Americans’ attitudes about tobacco use.

In 1974, Lynn R. Smith, the editor of the Monticello Times in Minnesota, spearheaded the state’s first Don’t Smoke Day, or “D-Day”. Smith’s event sparked the idea for the American Cancer Society’s own campaign. On November 18, 1976, the California Division of ACS successfully helped nearly 1 million people quit smoking for the day, marking the first official Great American Smokeout. By 1977, ACS had made the Smokeout a national event, providing valuable information and resources that have led to significant changes in views and the enactment of lifesaving legislature and smoke-free laws.

Lung cancer incidence in men has been declining since the mid-1980s, thanks in large part to the Great American Smokeout. In the years since the inaugural event, smoke-free advocacy groups have called for meaningful change and earned major policy victories, as detailed below.

While there has been significant progress, lung cancer remains the leading cause of cancer death in the US. Approximately, 80% of all lung cancer deaths in the US are still caused by smoking. In response, the Great American Smokeout continues to bring people together across the country by challenging individuals to give up smoking for a day, while providing the tools, resources, and community necessary to do so. This year’s event will take place on November 17. We encourage you to learn more at cancer.org/smokeout or call 1-800-227-2345.

Current and Future Applications of Circulating-Tumor DNA in Lung Cancer

I Live to Conquer Cancer: Dr. Raymond U. Osarogiagbon