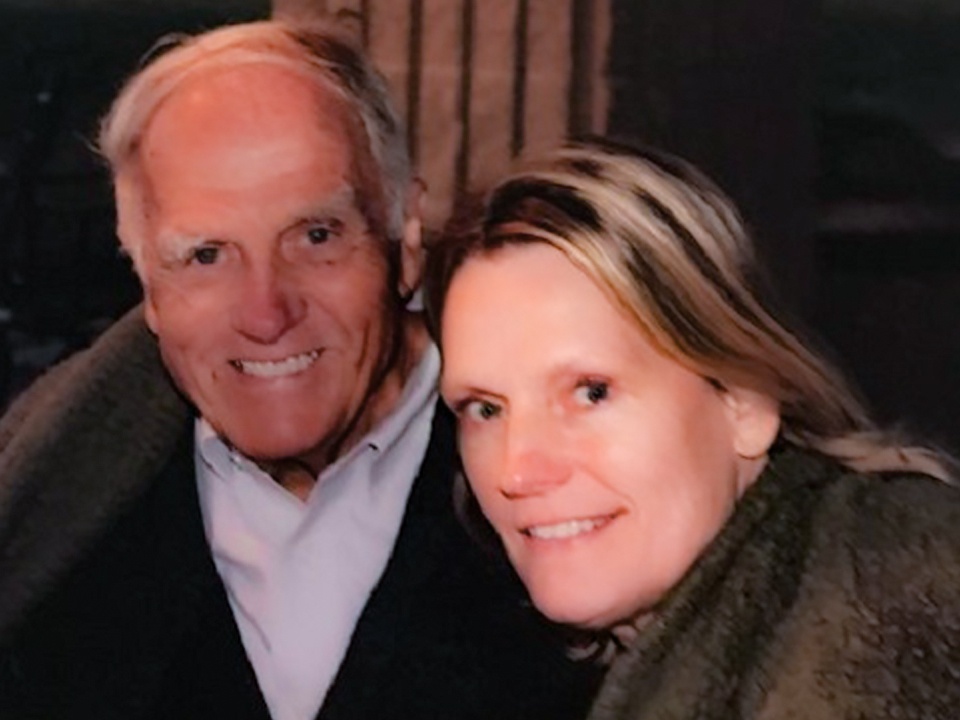 Mary Pinkel interviewed her father, Dr. Donald Pinkel, a pioneer in the field of childhood cancer, in November 2008. These are edited excerpts from the conversation. Visit the Donald Pinkel Archive for all records of Donald Pinkel in the Cancer History Project.

Mary Pinkel: When you decided to specialize in pediatric cancer, did people look at you like you were quixotic?

Donald Pinkel: Yeah. (laughs) They said, “Why are you throwing away your career?”

It was felt that there was nothing you could do for childhood cancer because of the complexity of the disease and lack of understanding of its origin. It was the general feeling then that you had to know the exact cause of the disease in order to be able to do much about it. There were all kinds of theories but very little information.

I found it very sad and very challenging. [Children] were given a fatal diagnosis and sent home to die.

I felt stirred up by the fact that so many of these youngsters were abandoned. A diagnosis was made and that was the end of it. The parents and child often felt hopeless and I felt that I could get in there and at least give them some hope and palliation of the suffering.

Fortunately, in 1948 when I was still a student, it was shown that a drug—now called methotrexate, an antagonist of the vitamin folic acid—would induce complete remission of the disease in about one third to one half of children who had acute lymphoblastic leukemia (ALL). But the remissions only lasted three to four months and [eventually] the child would die. That was the light at the end of the tunnel. But there was a lot of frustration because it was only temporary, and the drugs were very toxic.

MP: Given the fact that it was frustrating work and so risky, why did you keep working in the field of pediatric leukemia?

DP: Well, because…no one else was. The disease was neglected, and no one was doing much in the way of research or in actual care because they were so frustrated. I felt an obligation to fill the vacuum.

[In 1954, at age 28, Dr. Pinkel contracted polio while treating patients with polio at an Army hospital in Massachusetts. Paralyzed and confined to a hospital bed for several months, he had to learn to walk again.]

MP: While you were recovering from polio you started working at Boston Children’s Hospital with Dr. Sidney Farber. Weren’t you in a lot of pain?

DP: Yes. I had braces and crutches but improving all the time. I had excellent care in the Army and at the V.A. Because I was relatively young and otherwise healthy, I had a lot of recovery, so I was able to get down to short leg braces and a pair of canes.

I was able to get more experience [in Boston] because that was the Mecca for pediatric cancer. People came from all over the world. Dr. Farber had discovered methotrexate and they were always on the cutting edge. They had probably the number one center in the world at that time for children with leukemia.

By the spring of 1956 I was spending three quarters of my time at Boston Children’s. I was given a new drug to evaluate….it did not work well for children with leukemia, but it did work for children who had other forms of cancer. It was a breakthrough.

We also learned we could shrink down a large tumor so that you could remove it surgically. That became a standard form of therapy, a very important advance not only because of the drug being effective but also because it ushered in a whole new way of thinking about treating cancer.

MP: Next you worked at Roswell Park?

DP: I had this income from the Army, an Army pension. But they just didn’t pay enough in Boston. I got an offer from Buffalo. Roswell Park was expanding. They’d never had pediatrics there.

I was offered a job to start a new department of pediatrics at Roswell Park Cancer Center in Buffalo. The salary was better.

MP: What was the salary in Buffalo?

DP: They offered me $7000 per year. The most I could get in Boston was $5000. I said I need more than that. Mary Lasker had a fund there. Out of that fund they found another $2000 per year. So, I went there for $9000 a year. Not a fabulous sum for a family of six but we could get along because I had the pension. We moved back to Buffalo.

[Dr. Pinkel played an important role in the critical years in leukemia research at Roswell Park Cancer Center in Buffalo.]

MP: You were in Buffalo for five years?

DP: Then the winters were getting to me. Every winter I’d swear I had to get out of Buffalo. Finally, the last year we were there, I got pneumonia. I couldn’t shake it off. I was really not feeling well while I continued to work. I began looking around. It turned out that University of Colorado was interested in me.

At the same time, they got wind of me in Memphis. They were just building St. Jude Hospital. They wanted someone in childhood cancer, specifically leukemia. And there weren’t many people in the field. (Laughs.) That’s one thing about coming into a vacuum!

Denver was a very nice situation, a beautiful place, a sweetheart of an opportunity. I began thinking about it. Memphis was such a sad place medically, highly segregated, not much going on there scientifically. It would be a real challenge.

I asked: who are the real powers behind St. Jude? They came up with Mr. Ed Barry, chairman of the board and a real rock of a man who was a great philanthropist and a great civic leader. And the other one was Michael F. Tamer, who was the head of the American Lebanese Syrian Associated Charities. He was doing all the fundraising that would support St. Jude, working of course with Danny Thomas.

We talked all day about our philosophies, viewpoints. Ed Barry had been trained by Jesuits like I had. We had common ground. They were liberal, amazingly so. They said there would be racial integration—a big issue for me—and that I’d have a pretty free hand.

The main motivation for me was the big vacuum, in terms of civil rights, science, and providing a service that was not being met in that part of the USA for both white and black children.

MP: What was your greatest professional achievement?

DP: Seeing children cured of cancer and living good lives…like the patient in the book White Blood,1 a boy who had acute leukemia when he was two. He [grew up], went through college, double science major and got a full scholarship at a first-rate medical school. I saw many other kids—some of whom barely survived the first couple of weeks of leukemia—and they pulled through. They’ve gone on, not only to survive but to survive with good quality of life. [But] you always have to weigh the risks of long-term damage versus the benefits. You are always sort of gambling you might say. You don’t want people just to live longer but to live well.