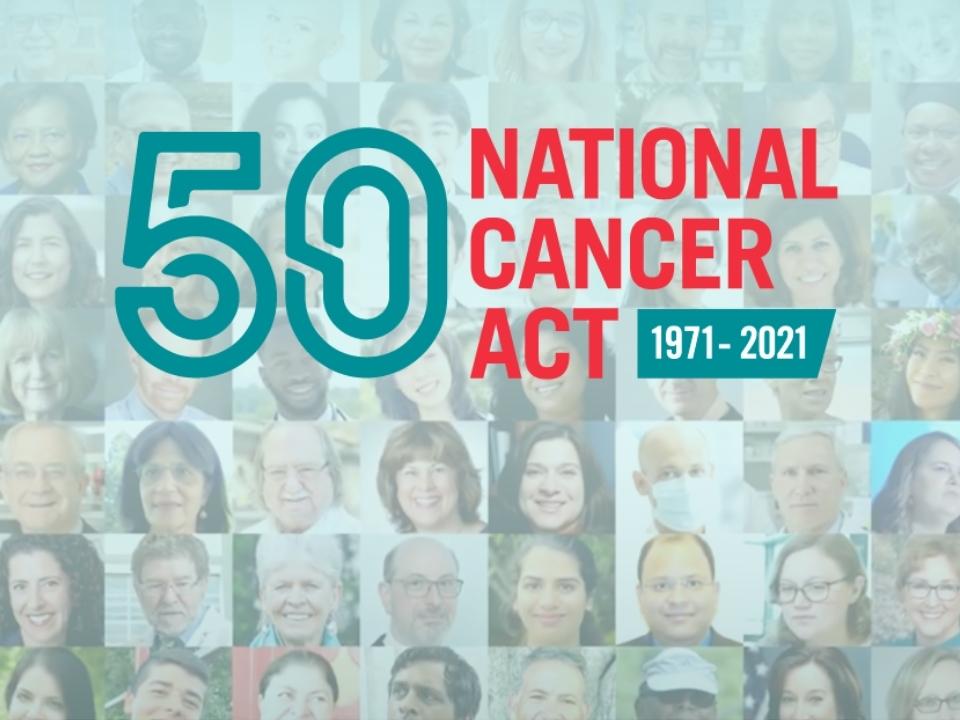 The National Cancer Act of 1971 opened the door to 50 years of tremendous progress in our nation’s fight against cancer. This video message from First Lady Dr. Jill Biden touches on how this investment in people and science has led to revolutionary advancements in cancer prevention, screening, diagnosis, and treatments—and we’re not done yet. Ending cancer as we know it is an ambitious goal, but we won’t stop until we end the tragedy of this disease for everyone.

The following proclamation was issued by the White House, Dec. 22, 2021.

Half a century ago, on December 23, 1971, policymakers, researchers, cancer survivors, and advocates gathered at the White House for the signing of the bipartisan National Cancer Act — a landmark law that has helped transform cancer research and offered hope to millions in the years since.

For my family, and for most families, the fight against cancer is personal.  As every family facing cancer does, we learned as much as we could about the illness our son Beau fought, from his diagnosis to the very end.  Along the way, we came to understand just how quickly cancer-fighting science, medicine, and technology is progressing — saving more and more lives each year.  It is thanks in no small part to the National Cancer Act of 1971 that so much of this progress has been possible.

Fifty years ago, cancer screening and detection were in their infancy, treatment options were limited, and researchers worked largely in the dark.  The National Cancer Act helped launch programs that form the backbone of today’s cancer research enterprise by bolstering the National Cancer Institute (NCI) at the National Institutes of Health; establishing NCI-designated Cancer Centers; creating national networks to conduct clinical trials; and building systems to collect, share, and advance cancer data and research.

After decades of investment and innovation — and because of the limitless ingenuity of the world’s finest nurses, physicians, and researchers — today we have a much more sophisticated understanding of how best to fight cancer.  Thanks to new treatments and insights that could not have been imagined in generations past, the overall cancer death rate in the United States has declined steadily since the early 1990s, with more dramatic declines in the past few years.

Cancer touches so many families across the country.  It is up to all of us to continue making progress fighting cancer and ensuring that every American has access to the quality care they need.  In 2016, President Obama asked me to lead the Cancer Moonshot Initiative to end cancer as we know it, and Jill and I committed to this as one of the causes of our lives.  Now, as President and First Lady, we remain committed to that mission.  Today, we are more hopeful than ever about America’s chances to bring an end to cancer as we know it.

To help us get there, I have asked the Congress to launch the Advanced Research Projects Agency for Health — or ARPA-H — which will invest billions of dollars to speed breakthroughs in preventing, detecting, and treating cancer and other deadly diseases.  My American Rescue Plan has also expanded access to affordable health insurance coverage, ensuring that more Americans are able to receive cancer screenings and get the treatment they need without worrying about costs.  My Administration will continue to build on the Affordable Care Act, so that all Americans — particularly Americans of color, Indigenous Americans, rural Americans, and others who have been historically underserved — have access to quality, affordable health care.

As we commemorate the 50th anniversary of the National Cancer Act, I call upon all Americans to reaffirm our national commitment to accelerate cancer research and deliver hope to more families facing a cancer diagnosis.  Working together, building on the decades of progress we have made, we can and will end cancer as we know it.

NOW, THEREFORE, I, JOSEPH R. BIDEN JR., President of the United States of America, by virtue of the authority vested in me by the Constitution and the laws of the United States, do hereby proclaim December 23, 2021, as the 50th Anniversary of the National Cancer Act of 1971.   I encourage citizens, government agencies, private businesses, nonprofit organizations, and other interested groups to redouble our pursuit of more effective and equitable access to prevention, diagnosis, treatment, and survivorship care for everyone affected by cancer.

IN WITNESS WHEREOF, I have hereunto set my hand this twenty-second day of December, in the year of our Lord two thousand twenty-one, and of the Independence of the United States of America the two hundred and forty-sixth.

Wayne Frederick on the legacy of LaSalle Leffall, Jr.