Tom Curran, PhD, FRS, has been on the front line of cancer research and developmental neurobiology for more than 40 years, blazing the trail of research and making significant contributions not only as a scientist but also as an administrator, leader, and mentor in the research community.

After earning his Bachelor of Science degree from Edinburgh University, Dr. Curran made the first of his many seminal contributions to the field of oncology while a doctoral student at the University College London, working at the Imperial Cancer Research Fund Laboratories. There, he discovered the fos oncogene and its binding partner, p39—a discovery made when few oncogenes had yet been discovered and there was little understanding among researchers about their function.

This seminal finding by Dr. Curran launched a remarkable series of studies that have gone on to have a tremendous impact on the understanding of how oncogenes function and the molecular mechanisms involved in signal transduction and gene expression.

Dr. Curran diligently pursued research related to fos both during his postdoctoral fellowship at the Salk Institute and at the beginning of his independent research career at Hoffman-La Roche. His work resulted in a thorough molecular characterization of both viral and cellular fos genes and to the establishment of fos as a nuclear protein, ultimately leading Dr. Curran to identify the first oncogenes that function as transcriptional factors. These discoveries continue to have major impacts on the fields of gene regulation, signal transduction, and cancer.

Dr. Curran proposed the broad version of the cellular immediate-early gene model in which fos and several other transcription factors, should be regarded as components of a complex signal transduction machinery that is adapted to specific biological roles in many different cell types. In a long-standing collaboration with Dr. James Morgan, Dr. Curran made a major impact on the field of neurobiology by showing that fos and other cellular immediate-early genes could be induced by treating neurons with depolarizing agents and neurotransmitters.

“This field has now expanded dramatically and there is a great deal of interest in understanding the molecular mechanisms responsible for coupling the excitation of neurons to gene regulation,” says Dr. Curran. “Also, induction of fos expression in neurons has proven to be a tool that is widely used to identify neurons involved in a variety of physiological processes in the nervous system.”

Dr. Curran’s flourishing research program also led him to identify a novel reduction/oxidation mechanism that regulates transcription factor activity as well as to identify the gene RELN and unravel its role in controlling neuronal migration in the developing brain. This revelation has made a strong impact on the field, and the mechanism is now under intense scrutiny as a potential target for therapeutic intervention in several cancers.

A meeting in 1995 had such a profound impact on Dr. Curran that he changed the direction of his robust research program—and it was a change that would lead to his most significant contributions yet to cancer research.

“I met with children suffering from brain tumors and learned about the limitations and long-term side effects of the therapies that were available,” says Dr. Curran, who at the time was Chairman of the Department of Developmental Neurobiology at St. Jude Children’s Research Hospital. “It was because of that meeting and what I learned that I felt pulled to refocus my research and commit myself to finding better treatments for pediatric medulloblastoma, one of the most common brain tumors affecting children.”

At the time there were few high-quality biospecimens to work with and no clear molecular targets. Over the next 10 years, Dr. Curran established and grew the St. Jude Translational Brain Tumor Program along with biobanking efforts that he later expanded through the Children’s Brain Tumor Tissue Consortium in 2008.

And it was during this time the Hedgehog pathway caught his attention.

“There were some initial reports that implicated the pathway in a subtype of medulloblastoma,” he says. “We knew cyclopamine could inhibit Hedgehog signaling but it came with a lot of toxicity issues. I wanted to find out about the possibility of other compounds that might serve as better inhibitors.”

To see what compounds might be available for study, Dr. Curran says his “brilliant idea” was to reach out to colleague and Hedgehog pathway expert, Andrew McMahon, PhD, who encouraged him to seek out Lee Rubin, PhD, who at the time was with the biotechnology company Curis, Inc. Dr. Rubin, as it turned out, had recently completed a small molecule screen and had a range of compounds that might be just what Dr. Curran was seeking.

“The rest, as they say, is history,” says Dr. Curran. “We had no material transfer agreement, no contract—just the equivalent of a handshake deal to receive the compounds and work on them.”

Dr. Curran went on to develop a high-incidence, early mouse model of medulloblastoma and worked with Curis (and later Genentech Inc., which invested in Curis to co-develop clinical inhibitors) to demonstrate the use of Smoothened (Smo) inhibitors in cancer.

Dr. Curran continued his preclinical analysis of Hedgehog pathway inhibitors to treat pediatric medulloblastoma after he assumed an executive leadership position as Deputy Scientific Director of the Children’s Hospital of Philadelphia Research Institute. His work led to successful Phase I and later Phase II human clinical trials of vismodegib, the first Smo inhibitor. Vismodegib was approved in 2012 to treat basal cell carcinoma.

Dr. Curran continues to shape the future of pediatric research today as the first Senior Vice President, Executive Director and Chief Scientific Officer of the Children’s Mercy Research Institute (CMRI). In his position at Children’s Mercy, which he has held since 2016, Dr. Curran is defining the vision and guiding the growth of the institute into a leading center for pediatric translational research, including further development and expansion of the hospital’s cancer research program. 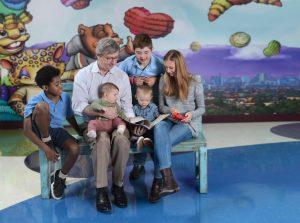 Children’s Mercy is an official National Cancer Institute (NCI) Consortium partner with The University of Kansas Cancer Center, one of only 71 nationally designated centers by the NCI. Children’s Mercy and KU Cancer Center initially joined forced in 2015 to identify collaborative ways to explore medical innovation and increase pediatric research efforts that would benefit children with cancer.

Dr. Curran brings an unparalleled breadth and depth of scientific expertise to CMRI. His hands-on experience in conducting translational research, for which he has more than 300 scholarly publications, as well as his background in industry, provide a formidable foundation for the task of building and fortifying a pediatric translational research enterprise.

Dr. Curran set the guiding principle for CMRI—that the institute’s efforts will be led by its patients, with patients teaching researchers where advances need to be made to improve their health and well-being. Dr. Curran leads CMRI rooted in the belief that children deserve access to the latest discoveries and technologies, including the opportunity to participate in research.

“The presence of research enhances the environment of clinical care and points the way to future treatments,” Dr. Curran says, “so that one day no parent will be faced with the troubling question, ‘What do we do now?’” 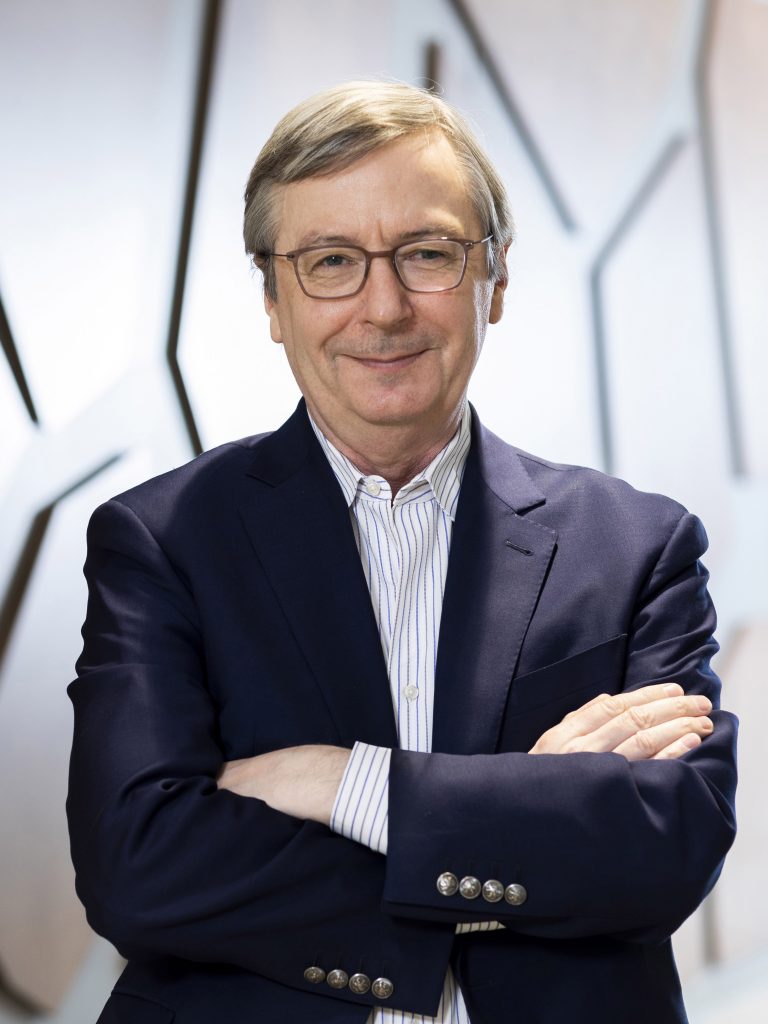