Based in Washington, D.C., The Cancer Letter has earned acclaim for its investigative work. It has been profiled and cited in outlets including The New York Times, The Washington Post, 60 Minutes, CNN, NPR, Science, and Nature.

Coverage by The Cancer Letter has triggered multiple investigations by Congressional committees, the Institute of Medicine, the Federal Trade Commission, the Securities and Exchange Commission, and the Department of Justice, and contributed to federal action by the FDA, the Centers for Disease Control and Prevention, the Federal Bureau of Investigation, and Government Accountability Office.

Cancer: “The story of the century”

As an employee of the Blue Sheet  from 1970 to 1973, Boyd found himself frequently covering the burgeoning field of oncology.

“I talked to the publisher and said that I think we ought to devote a section of the Blue Sheet just to NCI and play down some of these other institutes that aren’t getting much money. They aren’t doing much. Not as much as the cancer people are doing,” Boyd said in an interview in July 2019. When the publisher turned him down, “I said that I thought that maybe I might try it myself.”

“[Boyd] recognized that this was something that was going to be big, at a time when a lot of people, including a lot of people in medicine and in science, didn’t think so,” said Robert C. Young, a former NCI clinician-scientist and former president and CEO of Fox Chase Cancer Center.

The original publication used a practical design: two “galleys” per page, typeset on eight pages per issue, which were then folded and placed in envelopes to be mailed to readers. The original logo was designed in 1973 by an art student whose name is lost to history. Jerry paid him a princely sum of $60 for his excellent work.

With a stack of printed up sample issues dated Dec. 21, 1973, and the working name “The Cancer Newsletter,” Boyd waltzed into a January 1974 National Cancer Advisory Board meeting, most likely taking what would become his preferred seat in the back row to the left of the conference room door, next to the table where he could quickly grab precious copies of printed materials, and waltzed out with his first check.

The check—for $100—was from John Ultmann, then director of the University of Chicago Cancer Research Center.

The first issue of The Cancer Letter hooked two or three hundred subscribers, said Boyd, so “we made an immediate second one, same prospect list. It was the AACR membership list—they gave me their list, even printed the labels for us. That really generated a lot and from those two mailings, we wound up with about five hundred.”

Jerry set the standard for robust aggressive coverage of the foundations of the National Cancer Program.

“To me, a journalist, the progress in cancer survival and in understanding human biology during the last 20 years has seemed to be the story of the century,” Boyd wrote in an editorial commemorating the 20th anniversary of the National Cancer Act.

In 1990, Jerry retired, turning over the company to his daughter Kirsten Boyd Goldberg, who served as editor and publisher for the following 20 years. Paul Goldberg became publisher in January 2011.

The Cancer Letter has won numerous awards for investigative journalism and design. As of 2021, estimated circulation is 60,000-75,000.

The Cancer Letter is known for watchdog journalism and in-depth coverage of cancer research and drug development. We are here to tell you when things go wrong—and when things go well.

Founded only two years after the National Cancer Act of 1971, The Cancer Letter was there to cover the landmark moments in the contemporary history of oncology.

We were there when the National Breast Cancer Coalition said to Congress, “Find a way to fund the war.” Our reporters have covered every NCI director from Frank Joseph Rauscher, Jr. to Norman E. Sharpless. And we covered every step of the Beau Biden Cancer Moonshot, keeping a close eye on the evolution of the field.

Our coverage focuses on research funding, the inner workings of NCI, FDA, CDC, CMS, the nonprofits, and patient advocacy groups, and we have made an impact on the field:

Other titles published by  The Cancer Letter, Inc. 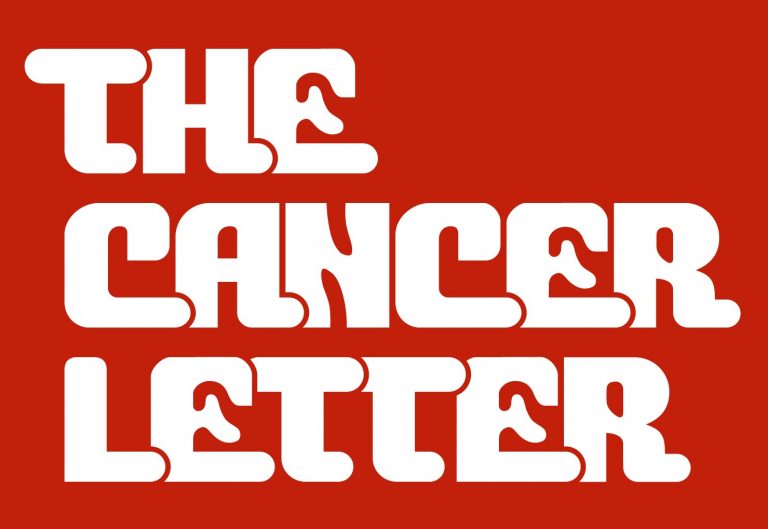