Editor’s Note: This article first appeared in the Spring/Summer 2015 issue of Forward magazine, which is published twice a year by Fox Chase Cancer Center.

The Dorrance family helped make Fox Chase Cancer Center the distinguished institution that it is today.

Probe any successful institution’s history and you will naturally find remarkable individuals. Rarer is finding remarkable leadership that comes from an entire family. Such was the case with the Dorrances, whose passion for advancing cancer care helped make Fox Chase Cancer Center the distinguished place it is today.

The story starts with George M. Dorrance (shown in photo, right), who set a high bar for medical excellence when he became the first medical director of the American Oncologic Hospital (AOH), one of the founding institutions of Fox Chase, in 1929. An exceptional physician and pioneering plastic surgeon, Dorrance was known for his innovations in head and neck surgery.

At the AOH, he encouraged the close dialogue between researchers and clinicians that today continues to characterize Fox Chase. In 1954, five years after Dorrance’s death, the AOH honored his contributions by naming an addition to its campus the George Morris Dorrance Clinic.

The next Dorrance to strengthen the AOH was George M. Dorrance’s son G. Morris “Morrie” Dorrance Jr., who joined the Board of Trustees in 1957. The hospital had been a part of his life for many years prior, as he would go on rounds with his father as a boy. An accomplished banker—he would later become chairman and chief executive of Philadelphia National Bank—he brought with him a keen business sense.

“He wanted to continue his father’s legacy,” said medical oncologist Paul Engstrom, who served as faculty representative on the board when Dorrance Jr. was chair and is now professor emeritus. “But he was a banker by background, so he took a great interest in the hospital’s financial success.”

With Dorrance Jr.’s business skills came a leadership style characterized by the personal touch. “He was a focused businessman, but very kindly,” said Engstrom. “He was always very interested in how people felt and if they were getting what they wanted from their hospital.”

Dorrance Jr. advocated for the AOH’s growth and improvement on all levels. “He played a very important role in recruiting some of the more significant physicians for the hospital,” said former AOH president Edward J. Roach.

What’s more, Dorrance Jr. was instrumental in bringing about the formation of the institution we today know as Fox Chase Cancer Center. In 1968, he worked with Roach to champion the AOH’s move from West Philadelphia to Northeast Philadelphia’s Fox Chase neighborhood, where it settled alongside the Institute for Cancer Research (ICR).

Six years later, Dorrance Jr. and Roach worked with ICR leadership to cement the merger of the two entities in order to gain new federal funding designated for a then-new type of healthcare facility: the cancer center, which performs both patient care and research—a legacy that Fox Chase embodies to this day.

Dorrance Jr.’s wife, Mary Carter, also contributed to the hospital’s work. Beginning in the 1950s, she volunteered for the women’s auxiliary of the ICR, now known as the Board of Associates, and later chaired the Women’s Board of Managers at AOH. Her involvement is a testament to the important role women played in the success of hospitals at the time by serving as fundraisers and volunteers.

Despite Dorrance Jr.’s 2011 death, the Dorrance name is still part of the Fox Chase firmament. In 2002, friends, family, and Board members established the G. Morris Dorrance Jr. Chair in Medical Oncology, one of 18 endowed chairs created at Fox Chase to recruit and retain excellent faculty—a principle Dorrance Jr. so vigorously supported.

“It was more than just an interest,” said Engstrom. “It was his passion to see Fox Chase succeed, grow, and become what it is today.” 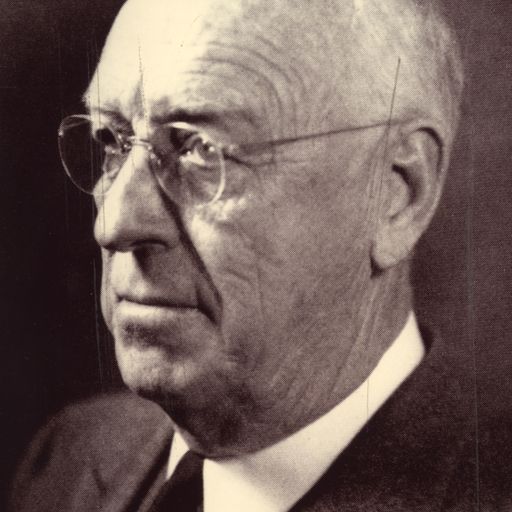