Bill Hall: A driving force in the Kansas City community

Something this ambitious isn’t possible without committed supporters. Over the years, leaders within the institution and the Kansas City community helped take on the bold challenge, advocating and guiding at every step.

Filling in the pieces of the puzzle

The journey to NCI designation began with a conversation with leaders at the Stowers Institute for Medical Research.

“They said that in order for their institute and the greater community to stay competitive in the biomedical industry, we first needed an l NCI-designated academic partner,” Hall says.

This unmet need was the perfect fit for the Hall Family Foundation, which views its primary function as that of a catalyst. It supports innovative initiatives while striving to create permanent solutions to community needs.

Buy-in from the University of Kansas was one early hurdle. Robert Hemenway, who was chancellor at the time, made NCI-designation the university’s number one priority.

“At a university where there are so many important initiatives, he stood his ground. That’s a tough thing to do. Chancellor Hemenway deserves a lot of credit for putting his shoulder behind this,” Hall says.

Like piecing a jigsaw puzzle together, the Hall Family Foundation and other supporters began to assemble the necessary components of the center.

One of the most important pieces to the puzzle? A visionary leader.

“When Dr. Jensen visited we saw his passion,” Hall reflects. “We were convinced we had the right person in order to have a chance at achieving NCI designation.”

The Hall Family Foundation also played an integral role in bringing Truman Medical Center, a local safety-net provider, on as an active and collaborative partner of the Masonic Cancer Alliance, the outreach network of the cancer center.

“Truman is a fixture in our community and it was imperative that we work with Kansas City’s primary public hospital,” Hall says.

When news broke in 2012 that KU Cancer Center had received NCI designation – becoming one of only 69 centers in the United States to have such a designation – Hall recalls being “pleasantly surprised.”

“I don’t think any of us expected it to happen as quickly as it did. It’s a tribute to a lot of people,” Hall says.

The journey to NCI designation was not without obstacles. According to Hall, each of these was met head-on, with Dr. Jensen at the helm.

“He never quit,” Hall says. “The most important function of the Foundation is to find the right people and invest in them. He was the right person, and he assembled the right team.”

The Hall Family Foundation is among a group of donors that funded four first-of-their-kind endowed chair positions that will have appointments at both KU Cancer Center and Children’s Mercy.  The endowed chair positions focus on genomics, health outcomes, hematological malignancies and immunotherapy. These positions help to further integrate pediatric research efforts while providing enhanced clinical care for children.

Assembling the top research entities in Kansas City to create one powerhouse has helped position the region as a burgeoning biomedical hub. The Hall Family Foundation has been a driving force for KU Cancer Center’s success, but the community as well.

“We’ve created a triangle: KU Cancer Center, Stowers and Children’s Mercy,” Hall says. “What’s happening between these three institutions is incredible, and it’s positioning our city to become an even more significant player in the biomedical field.” 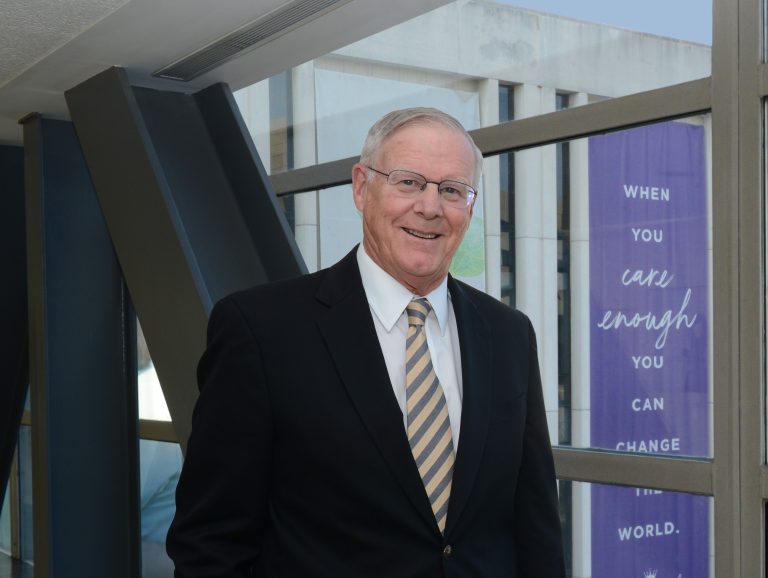 To NCI designation through difficulty: How KU’s Roy Jensen made it happen

Robert K. Stuart to retire from MUSC Hollings after more than 30 years