In 1971, when the National Cancer Act was signed, Walter Lawrence, Jr., was one of the surgeons eager for a push forward, driven by rigorous science reviewed and funded by the federal government.

The entire field of scientific inquiry needed to evolve, and his colleagues—the surgeons—needed to be educated in cancer biology, and methodology of clinical trials.

Today, at 95, Lawrence continues to teach medical students at Virginia Commonwealth University and advise the new director of the VCU Massey Cancer Center, the place where, in 1966, Lawrence set up the first-ever university-based division of surgical oncology.

Were it not for his disarming smile and a gift for cracking a knee-slapper of a joke, the towering, lanky Lawrence might be an intimidating presence. He is, after all, one of the giants from the time when giants walked the earth.

More than that, Lawrence has combined scientific vision with walking the walk for social justice, advocating for enrolling minority patients in clinical trials, mentoring young Black oncologists, and—at a time when the American Medical Association refused to take a stand against racism—attending the Society of Black Academic Surgeons, a group of distinguished surgeons that made him an honorary member.

In fact, Lawrence had resigned from the Southern Surgical Association in protest against that organization’s refusal to admit LaSalle Leffall, Jr., a Black surgeon. Lawrence rejoined the association years later, only after Leffall was admitted.

The 50th anniversary of the National Cancer Act—a document signed on Dec. 23, 1971—comes at a time when science and health equity have become inseparable. Walter Lawrence was ahead of his time, and now, with the world catching up, The Cancer Letter invited Lawrence to reflect on the past half-century of pursuit of truth and justice.

Lawrence saw promise in the National Cancer Act, and earning the Cancer Center designation from NCI in 1975 allowed VCU, then called the Medical College of Virginia, to become systematically involved in clinical trials.

“Randomized clinical trials were the only way we had of really improving patient cancer care—things like the one that Bernie Fisher in Pittsburgh started, the National Surgical Adjuvant Breast and Bowel Project,” Lawrence said in an interview.

“I was a good friend of Bernie’s, so we were a big producer in his program.

“Starting that clinical trials program here, as part of the cancer center, benefited patients quite a bit. And, actually, our grant from the NIH at that time was for introducing minority patients.

“Because, as my head of radiotherapy at that time pointed out, 50% of Richmond were African American, we were an ideal place to bring in more minorities into the trials, because the trials up to that point were somewhat in question, because they didn’t include the balance of people who live here in America.”

Lawrence spoke with Paul Goldberg, editor and publisher of The Cancer Letter, and Robert Winn, director of the VCU Massey Cancer Center, the only Black director of an NCI-designated cancer center.

A full transcript of this interview is available at the link below. 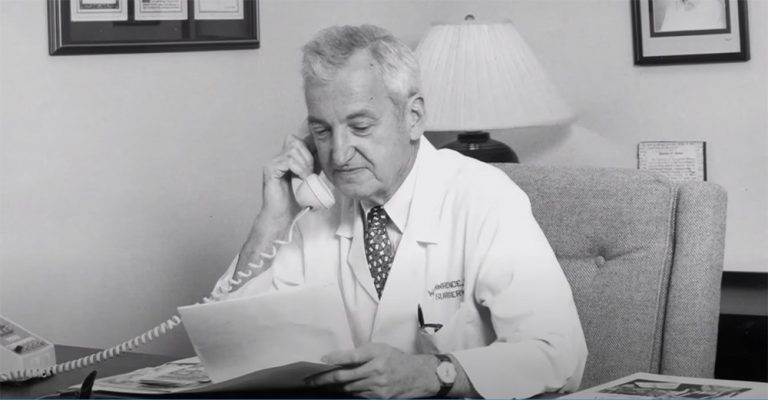 “Walter Lawrence is a pioneer in so many ways, and he never became an anachronism,” said Norman Wolmark, chairman of the National Surgical Adjuvant Breast and Bowel Project, a component of NRG Oncology, a clinical trials group. “He was always on the leading edge. MCV was always the incubator for surgical oncology in so many ways.

“He believed that the field of surgical oncology was more than cloistering in the operating room and churning out cases.”

Clinical Cancer Advances 2012: Annual Report on Progress Against Cancer From the American Society of Clinical Oncology