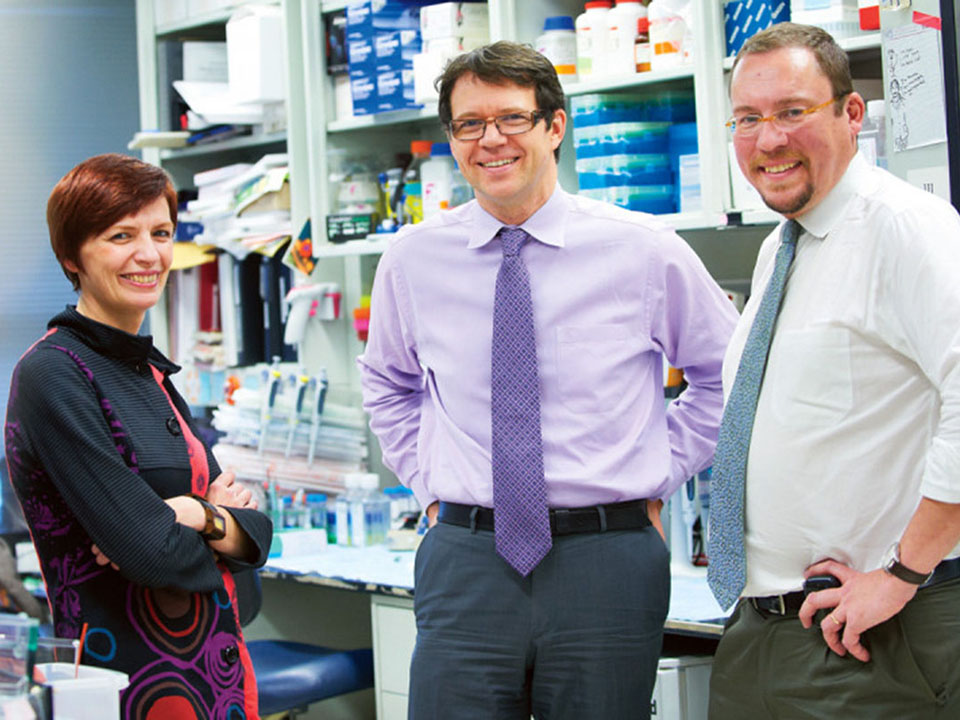 Editor’s Note: This article was first posted on the website of Memorial Sloan Kettering Cancer Center in 2017, when the FDA approved the treatment.

In what is being hailed as a watershed moment for both cancer care and biotechnology, the US Food and Drug Administration has approved a personalized, cell-based immunotherapy for use in children and young adults with blood cancer.

The treatment is a type of immunotherapy called chimeric antigen receptor (CAR) T cell therapy. In this approach, scientists genetically engineer a patient’s own immune cells to make a new protein that can latch onto cancer. This turns them into supercharged cancer fighters.

Such CAR T cells have shown great promise in beating back blood cancers, such as several types of leukemia and lymphoma, that have stopped responding to other therapies. Memorial Sloan Kettering scientists played a pivotal role in developing the science and technology on which the newly approved treatment is based.

With this FDA approval, children and young adults up to age 25 with relapsed or refractory acute lymphoblastic leukemia will be eligible to receive the therapy. It was previously available only to patients participating in clinical trials.

Pediatric oncologist Kevin Curran, a member of the Pediatric Bone Marrow Transplant Service and the Cellular Therapeutics Center who leads MSK’s CAR T cell efforts in children and young adults, called the treatment “revolutionary” and said it opens a whole new avenue of options for patients.

“Some of the instruments in our toolbox are very blunt,” Dr. Curran says. “Chemotherapy, for example, has a lot of toxicity and it’s not very selective. With CAR T cells, we’re harnessing the immune system to specifically target leukemia.”

This is the first FDA approval of a CAR therapy, but it will likely not be the last. Approvals for use in other cancers and of other companies’ products are expected soon. “This approval is only the beginning. Just like a new model of an automobile comes out each year, there’s going to be new models of CAR T cells that come out too,” Dr. Curran says. “We think some of the ones we’ve built and are testing at MSK have the potential to be even better.”

Racing to the Starting Line

While CAR T cells represent a leading edge of medicine, the science they are based on is not actually new. The intellectual roots of CAR T therapy go back nearly three decades to the postdoctoral research of a young scientist named Michel Sadelain, now the Director of the Center for Cell Engineering at MSK. At that time, in the early 1990s, the techniques to introduce genes into cells were just being developed. Dr. Sadelain saw potential in the new approaches to engineer immune cells with new attributes — giving them souped-up capabilities.

“At the time it sounded very pipe dream,” Douglas Green, one of Dr. Sadelain’s doctoral thesis advisers, told the New York Times. But Dr. Sadelain “believed in his approach and he pursued it relentlessly.”

When Dr. Sadelain first got this idea, there were only a handful of places equipped to do this work. One of them was MIT. So he applied for a postdoctoral fellowship there. He told his interviewers about his plans but was met with upturned eyebrows. “People thought it was a strange idea at the time,” he says. “They admitted me, but also said, ‘Please don’t work on that.’ ”

Dr. Sadelain brushed off the skepticism. In 1992, he published his first abstract on T cell engineering. A decade later, in 2002, he and his MSK colleagues published a now seminal paper showing that human T cells engineered with a chimeric antigen receptor could kill tumor cells and persist in the body. They could become, in other words, a living drug.

In Greek mythology, a chimera is a creature that fuses together the head of one animal with the body of another. Similarly, a chimeric antigen receptor, or CAR, joins together part of an antibody with part of a T cell receptor.

A key innovation pioneered by Dr. Sadelain’s lab was the addition of a co-stimulatory molecule (in this case CD28) to an early CAR prototype. Without this molecule, the genetically modified cells petered out quickly. With the molecule, they survived in the body for months. Dr. Sadelain dubbed these newer models “second-generation CARs.”

A turning point came in 2013, with the recognition of cancer immunotherapy as the “Breakthrough of the Year” by Science magazine. The piece highlighted work in CAR T therapy along with another type of immunotherapy, called checkpoint blockade, as transformative approaches to cancer treatment. The following year, the FDA granted CAR T cells a Breakthrough Therapy designation for relapsed or refractory acute lymphoblastic leukemia.

The CAR T cells that have now received FDA approval target a molecule on white blood cells called CD19. This choice of target too goes back to work that Dr. Sadelain did, along with his MSK colleagues Isabelle Rivière and Renier Brentjens. He says they initially considered other targets, but CD19 had attributes that made it particularly compelling. It is expressed abundantly on the cells found in B cell leukemias and it’s located on the cells’ surface, accessible to an antibody-based hook. Once the team published their work in 2003, several other groups followed suit in making CARs that targeted CD19.

To this day, CD19-directed CARs are the ones that work best, and it’s not clear that a different target would have been nearly as effective. “You can make a compelling case that the CAR T field would not exist as it does today without CD19,” Dr. Sadelain says.

CARs have had the most success in treating blood cancers like leukemia and lymphoma. Whether CAR T cells will one day be able to vanquish solid tumors as effectively as they destroy blood cancers is a nagging question facing the field. Some worry that CD19 may be unique as a target, and that the approach might not work for other cancers. But Dr. Sadelain is unfazed by that pessimism. He thinks CARs will find broad uses in medicine — not only in fighting solid tumors but also in treating refractory infectious diseases and autoimmune diseases.

“Give us the time and the support,” he says. “These additional uses are in the pipeline.”

For more about CAR T science and what MSK is doing to advance this important field, visit our CAR T page.