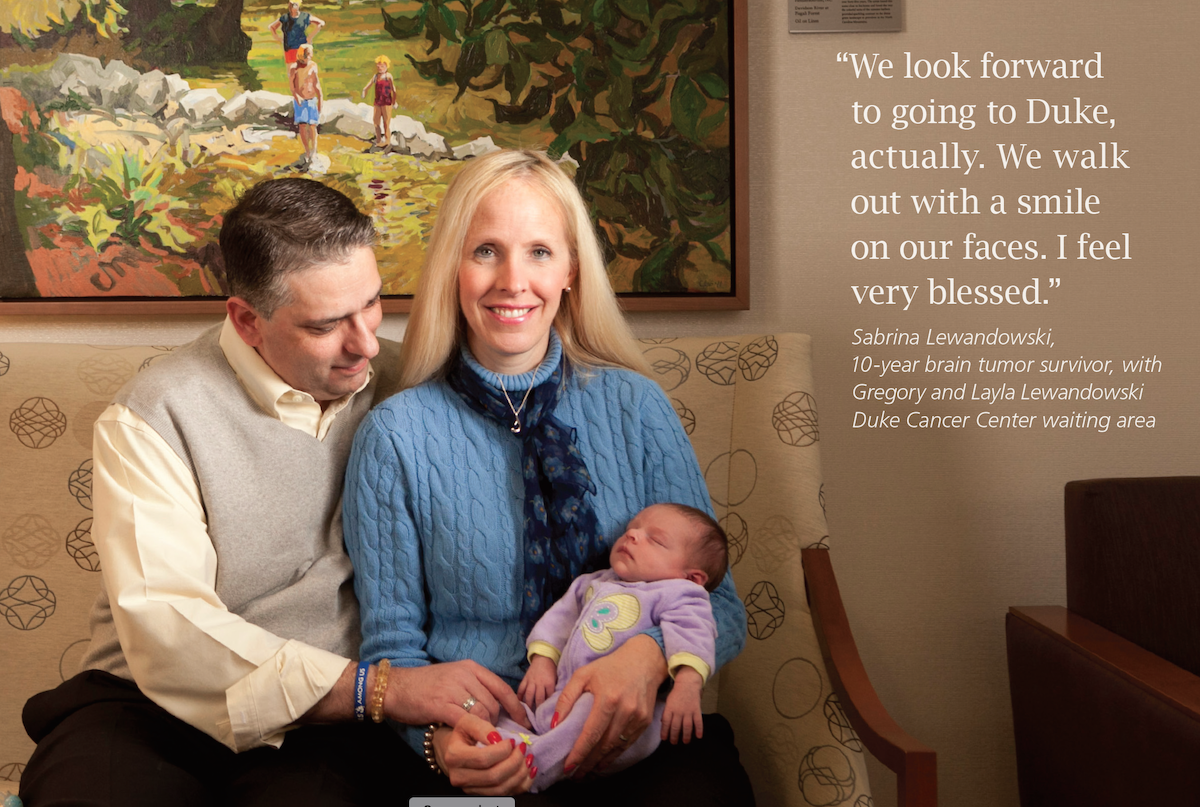 This patient story was published in DukeMed Magazine in spring 2012

One morning in 2002, Sabrina Lewandowski awoke with a headache that wouldn’t let up. The then 30-year-old teacher eventually was diagnosed with glioblastoma multiforme, the deadliest form of brain cancer.

Duke’s Peter Bronec, MD, performed surgery, and Lewandowski was referred to neuro-oncologist Henry Friedman, MD, deputy director of the Preston Robert Tisch Brain Tumor Center at Duke, where she was immediately started on chemotherapy and radiation.

In the meantime, her boyfriend, Gregory, proposed—he had purchased a ring while she was in surgery. “Later I begged him not to marry me,” she says, “because I couldn’t even promise him a year.”

But the team at Duke had a plan. “Dr. Friedman told me the plan, and he said that if it didn’t work, we had another plan,” she says. She battled neutropenia and lost her hair. But the cancer never returned.

“Rather than settle for the standard of care, we used a rotation of chemotherapeutic agents following surgery and radiotherapy,” says Friedman. “We believe she did well because we used multiple agents, which is not the norm in this fi eld, but she also may have had a tumor with a unique predisposition to respond to therapy. I choose to believe that our foundation of hope—which embraces more than the standard of care— made the difference.”

Dwight Tosh, the 17th patient at St. Jude, on surviving lymphoma in 1962