In 1999, Barton Kamen, MD, PhD, was recruited by William N. Hait, MD, PhD, then director of the newly formed Cancer Institute of New Jersey and the Robert Wood Johnson Medical School to build the pediatric hematology and oncology program. Dr. Kamen served as a clinical professor of pediatrics and pharmacology, and chief of the Division of Pediatric Hematology/Oncology.

With tremendous energy and a passion for science, Dr. Kamen had a strong research interest in the development of metronomic chemotherapeutic regimens, and sat on a number of national cancer-related boards and committees. Many may argue Kamen’s greatest achievement, however, was the many lives he touched over the years through his compassionate care and warm, nurturing demeanor. 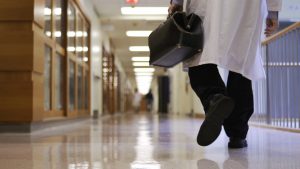 That man was Barton A. Kamen, MD, PhD, immediate past chief of Pediatric Hematology-Oncology and associate director at The Cancer Institute of New Jersey (CINJ). Dr. Kamen volunteered his time at CINJ seeing pediatric cancer patients with his classic black doctor’s bag close at hand. As noted in this issue’s Director’s Corner, just prior to press time, the CINJ family learned of Dr. Kamen’s passing.

An American Cancer Society Professor, Kamen was the Editor in Chief of the Journal of Pediatric Hematology Oncology. Kamen also sat on a number of national cancer-related boards and committees and for some 40 years has dedicated his research activities to the areas of folate biochemistry and anti-folate pharmacology with much success. He also had a strong research interest in the development of metronomic chemotherapeutic regimens.

“Research is all about solving problems. We are fortunate that science and technology have made rapid advancements over the past few decades, enabling more pediatric cancer patients to survive their disease,” noted Kamen.

But many may argue Kamen’s greatest achievement was the many lives he touched over the years through his compassionate care and warm, nurturing demeanor. “There are some pediatric practitioners who need to distance themselves personally from their patients, in order to not ‘bring their work home with them.’ It’s something I just can’t do. Each one of my patients and their families are a part of me. And while I educate them and laugh with them, there are times where I also cry with them,” he said. “By allowing myself to be human and interact with them in this way, I can truly treat them as an individual instead of just another case. I firmly believe that makes a huge difference in a child’s outcome.”

He also added that there is no glamour in his profession, but there is plenty of reward. “With pediatric cancer patients, we clinically follow them for a good portion of their lives. This includes the many traditional milestones that a child marks through young adulthood,” noted Kamen. “There is nothing more gratifying than being invited to the college graduation or wedding ceremony of a patient who I treated some 20 years ago – and to know they are leading productive and healthy lives because of the everyday work that I do.”

To honor the man behind the ‘magic,’ Cancer Institute of New Jersey Foundation has named Kamen as its 2012 “Award of Hope for Leadership in Research and Patient Care” recipient. The “Award of Hope” was established in 1997 to publicly recognize those who have demonstrated untiring leadership and a deep commitment to serving the needs of people with cancer in New Jersey. This distinguished honor will be awarded later this fall at the annual Award of Hope Gala, which so aptly boasts the theme “A Night of Illusions.”

This annual signature event is an evening of celebration and purpose and the honorees selected reflect the spirit, passion and energy of Cancer Institute of New Jersey. 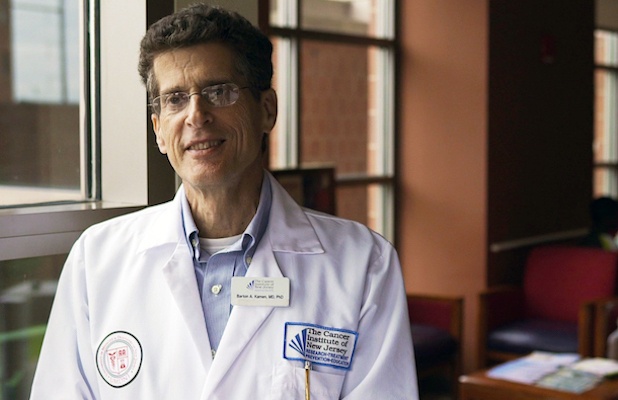