Editor’s Note: This article first appeared in the Winter/Spring 2020 issue of Forward magazine, which is published twice a year by Fox Chase Cancer Center.

After coming to Fox Chase Cancer Center, which was then the Institute for Cancer Research, in 1945, organic chemist Hugh John Creech would have a long, distinguished career in pioneering work developing and testing chemotherapy drugs.

Even though he was only 35 at the time, the drive of Creech had already resulted in a successful scientifi­c career. After receiving his doctorate in 1938, he synthesized the ­first fluorescent antibodies, which are now used extensively in the clinical diagnosis of disease, during a postdoctoral fellowship at Harvard.

“My father’s legacy is his work ethic, his humility, and his devotion to science, which he instilled in his family and colleagues,” said his son, Richard H. Creech, a medical oncologist who specialized in breast cancer at Fox Chase and later at Jeanes Hospital.

Two years after coming to Fox Chase, Hugh Creech became the chair of the Division of Chemotherapy, a position he held until 1970. Creech and Timothy Talbot, the center’s president, witnessed the signing of the historic National Cancer Act of 1971 by President Richard Nixon.

“This bill was designed to strengthen the existing cancer centers, to establish 15 new centers, and to reestablish the cancer control program,” said Richard Creech. Fox Chase became established as a comprehensive cancer center as a result of this act.

Hugh Creech was born in 1910 in Exeter, Ontario. He studied honors chemistry at the University of Western Ontario and obtained his doctorate from the Banting Institute of the University of Toronto. While at Banting, Creech met his future wife, E. Marie Hearne, a postdoctoral student who was researching carcinogens in tissue culture. Creech’s chemical research was extremely helpful to her, and after collaborating in the lab, they married in 1937.

“Hugh was the only chemist who could produce the chemicals I needed for my work, and the only way I could make certain of my supply was to marry the guy,” Richard Creech remembers his mother joking. Marie worked part time in embryology research at Fox Chase between 1949 and 1955, studying chromosome disruption caused by her husband’s carcinogen-protein conjugates.

In later years, Richard’s wife Charlotte worked in the lab of David Hungerford, who along with Peter Nowell, had discovered the Philadelphia chromosome, the fi­rst conclusive evidence that cancer is a genetic disorder of somatic cells.

From 1941 through 1945, Creech was an assistant and then an associate professor at the University of Maryland in the office of scientifi­c research and development, where he synthesized many antimalarial compounds.

Aside from research, Hugh Creech was an active member of the American Association for Cancer Research (AACR). Creech held the position of secretary/treasurer for 25 years, a role in which he was chief administrator for the organization and its journal, Cancer Research. He was subsequently elected vice president, president, and archivist of the AACR.

“In April of 1999, at the 90th Annual Meeting in Philadelphia, the AACR presented my father with a special citation gratefully acknowledging his extraordinary research, dedication, and service to the association and the cancer community toward the conquest of cancer,” said Richard Creech. Hugh Creech died on January 18, 2003. 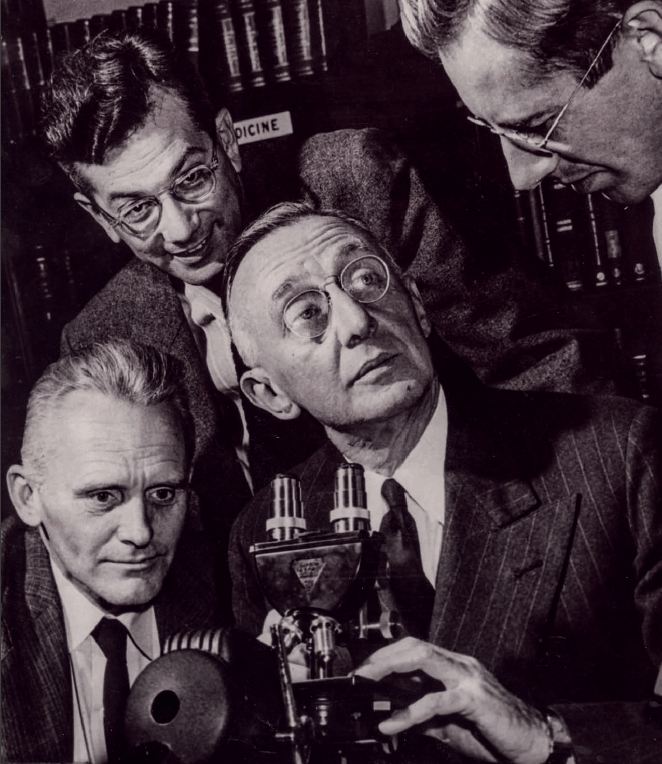 Learning From Disaster: Patient Safety and the Role of Oncology Nurses