Ramaswamy and her team have spent much of the last decade going into local jails, as well as out onto the streets of Kansas City, in order to understand and address the high rate of cervical cancer among women who have been incarcerated.

Before coming to the KU School of Medicine in 2009, Ramaswamy was working in New York City on a project to reduce HIV risk for young men leaving jail. Once in Kansas City, she wanted to continue devising sexual health interventions and working with the prison population. She was also interested in working with women. According to The Sentencing Project, a nonprofit organization for criminal justice reform, the number of women in prison and jails in the United States has increased by more than 700 percent since 1980.

“I also realized that I was now at a place with a cancer center, so it would make sense to think about how my research relates to cancer prevention,” said Ramaswamy. “One avenue to do that was cervical cancer because it’s essentially a sexually transmitted infection, and screening for it can have a major impact on prevention.”

Over the last 40 years, both the number of women diagnosed with cervical cancer and the number who die from it have plummeted by more than 50 percent, according to a 2020 report issued by the American Cancer Society. This is largely thanks to more women getting regular Pap (Papanicolaou) tests to find precancerous cells, as well as tests for the human papillomavirus (HPV), the sexually transmitted virus that causes the disease.

But women who have spent time in jail remain vulnerable. They are four to five times more likely than women without criminal justice histories to develop cervical cancer. And women of color, a group with higher cervical cancer morbidity and mortality rates, are also disproportionately represented in the criminal justice system, putting them at especially high risk for the disease.

Yet not much is known about how to close the gap. The answer is important not only for women in jail, but for those outside the prison walls.

“We know through mathematical studies that the burden of sexually transmitted diseases in jails and prisons has a huge public health impact on communities,” said Ramaswamy. “So not only are we thinking about one person locked away, but also about the five people that person has been partnered with.”

Some of the cervical cancer risk factors for women in the criminal justice system include high levels of tobacco use and histories of multiple sex partners, often due to early sexual trauma and the relatively common practice of trading sex for drugs or money. These women also are often low-income and lack insurance, which make it difficult for them to get cancer screenings.

Being in the criminal justice system makes it even harder to get consistent preventive care. This is especially true for women in local jails, which provide treatment for inmates who have symptoms of an illness but unlike state and federal prisons, do not provide preventive care, including those critical Pap tests that can find cervical cancer early enough to thwart it. And in contrast with men, more women are detained in local jails than in state prisons, according to a 2019 report from the Prison Policy Initiative, a non-profit thinktank.

Ramaswamy wanted to dig deeper. In 2010, with a pilot grant from KU Cancer Center, her research team went into three jails in Jackson, Johnson and Wyandotte counties in the Kansas City metropolitan area and surveyed female inmates about cervical cancer screening. And that’s when some of the women said something curious.

“Some said they got a Pap test in an emergency room, but that’s not possible. Emergency rooms don’t do cancer screening,” said Ramaswamy. “They thought a pelvic exam was the same as a Pap. That was our first clue that there might be an issue around what I’m calling ‘cervical health literacy.'”

With her first grant from the National Cancer Institute of the National Institutes of Health, Ramaswamy then conducted a qualitative study of women in jail in Jackson County, asking more questions about their experiences with Pap screenings and follow-up treatment. They recruited women to participate through word-of-mouth by the jail’s special programs coordinator and with flyers posted throughout the facility.

Their work unearthed wide variations and large gaps in women’s knowledge and beliefs about the disease. For example, some women knew Pap tests screened for cancer, but also thought they could be used for other purposes, including detecting other sexually transmitted diseases and to initiate birth control. The researchers also discovered that the women lacked another facet of cervical health literacy: the self-efficacy and confidence to navigate the health care system and get screened.

“We found that the most important contributor to cervical cancer risk, and perhaps lack of follow-up [care], is incarcerated women’s low health literacy about broader reproductive health issues,” said Ramaswamy.

That finding is the basis of the SHE (Sexual Health Empowerment) Project, the only longitudinal grant-funded intervention in the country that addresses cervical cancer risk among women involved in the criminal justice system. Ramaswamy is the principal investigator on the project.

Her team spent between 2014 and 2016 delivering the SHE intervention to more than 180 women in jails in Wyandotte, Johnson and Jackson counties. After the participating women completed baseline surveys about their experience and knowledge about cervical health, the researchers met with women in small groups.

For two hours a day for five consecutive days, they used sticky boards, hand-outs and conversation to teach the women about cervical and reproductive health and how to navigate healthcare services in Kansas City, with the goal of improving their knowledge and screening rates.

At the same time, as the participants shared about their experiences, Ramaswamy and her team were able to learn more about what influences the health behaviors of women in the justice system.

The confidential, respectful environment the team created was key. “It wasn’t so much a classroom as it was an interactive environment,” said Joi Wickliffe, MPH, project director for SHE. “We also made sure that the women understood that while we could help teach them about cervical cancer and how to prevent it, we also needed to learn from them.”

The trust they established was critical to the follow-up surveys needed to determine if the intervention improved cervical screening rates. The women were asked to keep in contact with researchers and complete annual surveys, but it can be challenging to maintain contact with people who are experiencing homelessness or move frequently, who are in and out of jail, and who often use prepaid phones with temporary numbers. Nonetheless, Ramaswamy and her team completed the crucial one-year post-intervention survey with three quarters of the women. And after three years, they have maintained contact with 70 percent of women.

Ramaswamy credits that success to what she calls their “exceptional ground game.” In addition to phoning and texting the women, the researchers sent them letters and birthday cards, checked public databases to see if any of the participants were back in jail, and established a closed Facebook group so the women could make contact from any location. They also physically went out into the community to find the women.

“If a woman said, ‘I sell sex on such-and-such corner,’ we’d find her there. We got in our cars—we never go alone—and we went out in the streets,” said Ramaswamy.

Ramaswamy also credits “the Joi Effect,” her term for Wickliffe’s ability to build a rapport with the women: “We were sort of surprised that they would get released from jail and then two or three days later, they would call Joi. We weren’t scheduled to see them for another year, but they reached out.”

The researchers also set a goal of keeping in close contact with 15 of the women for more frequent follow-up with more in-depth interviews. Getting 15 women to participate in close one-on-one follow-up happened surprisingly easily, Wickliffe said.

“Some of the women have called just to say like, ‘It’s my birthday today. Do I have a check-in? Can I come see you? I’ve got a grandbaby,'” said Wickliffe. “I think we just really connected in the jail.”

“I think for some of the women, we are a positive force,” said Ramaswamy. “We showed an interest and we showed kindness. They will say, ‘Oh my god, I love you and it’s so good to see you.’ It’s heartbreaking in one way but it also speaks to the humanity of people and capacity for kindness on both sides.”

The result? Ramaswamy and her team were able to find that one year after the intervention, 82 percent of the women reported up-to-date Pap screenings, an increase of 10 percentage points from baseline. Their hope is that this kind of this intervention can help reduce the incidence of the disease for this vulnerable population.

Ramaswamy is now conducting another National Cancer Institute-funded study called SHE Women that focuses not just on cervical cancer, but on several aspects of women’s health, including sexually transmitted infections, breast health and birth control. SHE Women will be accessible from the internet, and women will be able to text a health educator with questions. The study will measure how a comprehensive women’s health intervention delivered electronically and with access to a health educator can narrow health disparities among women leaving jails.

In addition, Ramaswamy has teamed up with researchers in Oakland, California, and Birmingham, Alabama, to launch another National Cancer Institute-funded study that will follow her cohort of about 100 Kansas City women as well as women who have been involved in the criminal justice systems in Oakland and Birmingham (about 400 women) for five years to assess how the different health care environments in the three cities affect cervical cancer screening rates. The three cities vary in their utilization of Medicaid, their availability of low-cost cancer screening programs and their overall cancer burden.

During the COVID-19 pandemic, Ramaswamy and her team adjusted their research protocols in order to continue their work as well as to learn how the participants’ sexual health and access to sexual healthcare has been impacted by the coronavirus. They’ve also been advocating for the women, many of whom are at high risk for COVID-19 because of chronic conditions, homelessness and incarceration itself.

While the doubling rate for coronavirus infections was five days in the United States at the beginning of the pandemic, it was just one day in correctional facilities, according to the Federal Bureau of Prisons. Using her experience working with prison populations, Ramaswamy worked with others at KU Medical Center to send letters to regional state health officials that included a list of recommendations designed to limit transmission of the virus within prisons and jails. Ramaswamy also worked directly with local wardens to provide guidance and offer help.

Meanwhile, a study by researchers at Johns Hopkins and George Washington University suggests that the impact of cervical cancer in the United States has been greatly underestimated, with the burden falling most heavily on minority and underserved women. “We have to be taking into consideration the way racism plays out in communities, health care and criminal justice systems to tackle this health disparity,” said Ramaswamy.

Jolene, one study participant, has kept up with Ramaswamy’s team regularly over four years since she met them at the Jackson County jail.

“I love them ladies to death—they help women on the street,” said Jolene. “It’s just so good to have them and to know everything about your body as a woman.” 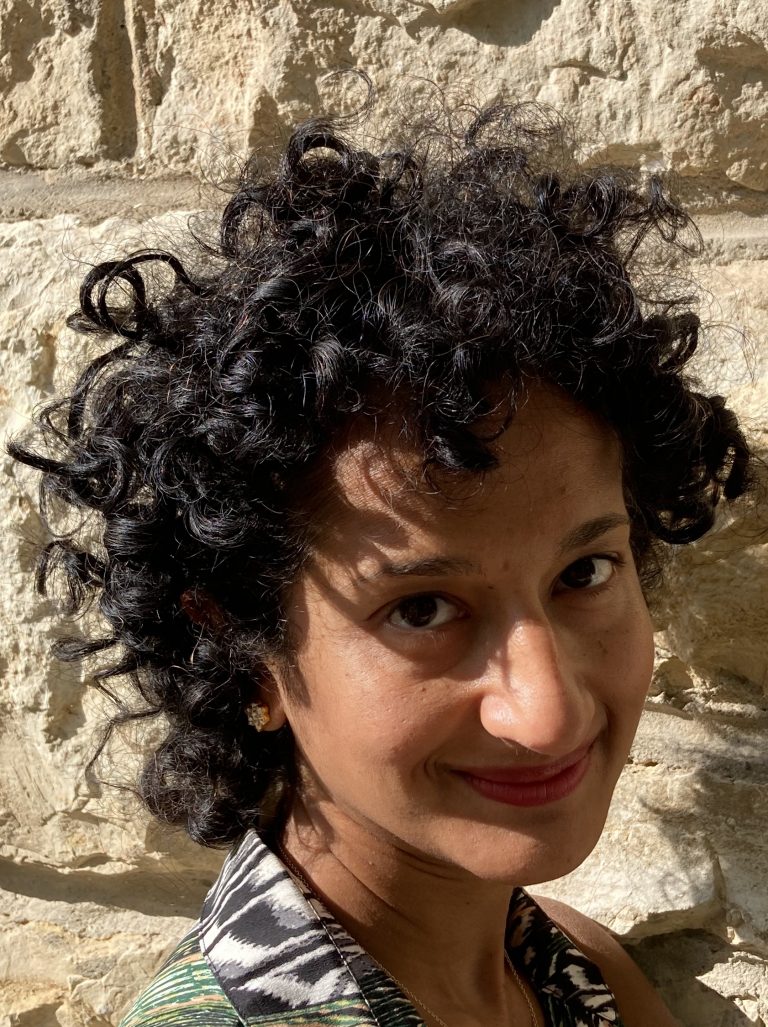 The State of Cancer Care in America 2017: A Report by the American Society of Clinical Oncology