Deemed one of the landmark discoveries of the 20th century, the prostate-specific antigen (PSA) traces its history to Roswell Park Comprehensive Cancer Center. More than three million American men alive in 2021 are prostate cancer survivors, according to the American Cancer Society. And most can thank the test, developed at Roswell Park, for playing a central role in their beating the odds.

T. Ming Chu, PhD, DSc, Chair Emeritus of Diagnostic Immunology Research and Professor Emeritus of Urologic Oncology, led the research in the 1970s that resulted in the discovery of PSA and the development of the PSA test, the diagnostic test heard around the world. Every year, 20 million American men, and a similar number worldwide, take the PSA test, the centerpiece in the early warning system for prostate cancer.

The prostate, the walnut-sized male sex gland situated under the bladder and in front of the rectum, is the site of a world of troubles for men, including enlargement with age, inflammation and cancer.

One in seven men will be diagnosed with prostate cancer during his lifetime, but only one in 35 will die from it.

The odds weren’t always that good.

When James Mohler, MD, Associate Director and Senior Vice President of Translational Research, and Professor of Oncology at Roswell Park Comprehensive Cancer Center, was in residency training about 30 years ago, the diagnosis of prostate cancer was the equivalent of a death sentence. “Back then, only 4% of prostate cancers we diagnosed were curable. Now, with PSA, the cure rate is between 80% and 90%,” says Mohler.

Chu graduated from the National Taiwan University in 1961 and came to the United States as a graduate student in 1963. He received a doctorate in biochemistry from Pennsylvania State University in 1967. After postdoctoral fellowships at Hauptman-Woodward Medical Research Institute and UB/ Buffalo General Hospital, he joined the Roswell Park faculty in 1970.

He and his team of more than 20 scientists set out to find a protein or antigen marker linked with prostate cancer.

Finding a prostate-specific antigen wasn’t easy, especially in the face of the cancer community’s skepticism about tumor markers. “From the beginning,” said Chu, “we set up the goal of detecting this difficult disease with a simple blood test. It was a challenging task, but we had a critical mass of dedicated researchers, graduate students and technicians.” Working with human prostate tissue from cancer and benign prostatic hyperplasia (non-cancerous enlargement of the prostate), they ran test after test to try to isolate a protein related to prostate cancer. Chu said, “The human prostate contains hundreds proteins.”

His group ran thousands of tests before they finally found what they were looking for, a “prostate-specific antigen,” a protein “specific” to the prostate. Then, they had to purify the protein antigen and develop a test to detect that protein in blood, so a simple diagnostic test could be made.

They published their first major paper in 1979 in the Journal of Urology.

A patent was issued in 1984 to the state of New York and Roswell Park. The technology was transferred to the biomedical industry for preparing testing kits. The PSA test received FDA approval in 1986 as a monitor for treatment response and disease recurrence, and in 1994, as a early detection aid for diagnosis. Since then, more than an estimated one billion PSA tests have been given.

Chu, despite being “retired” at age 70, still goes to his Roswell Park office and consults with scientists. He has published more than 300 papers on cancer research and holds a dozen patents. He is a recipient of many prestigious awards, including the Presidential Award of the American Urological Association. Last year, the American Association for Cancer Research cited PSA as one of the “Landmark Scientific Discoveries of the 20th Century.”

“PSA and its change with time (also called PSA velocity or PSA doubling time) allows us to personalize prostate cancer early detection, treatment recommendations, and need for additional or more aggressive treatment,” says Dr. Mohler. “PSA is more useful when compared to prior values because it helps not only detect prostate cancer but determine its growth rate and hence aggressiveness. I’m glad I can barely remember ‘life before PSA.’” 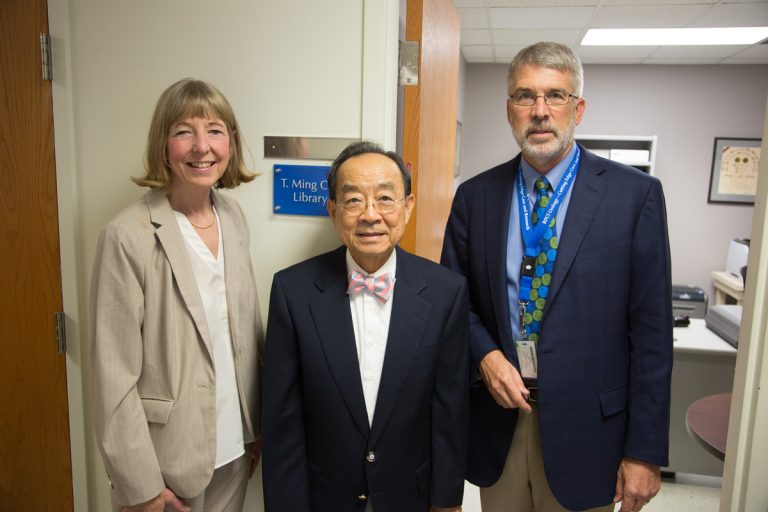