Even as president and CEO of Roswell Park, Candace Johnson says she is ‘always a scientist’

Candace Johnson, PhD, President and CEO of Roswell Park Comprehensive Cancer Center, didn’t imagine becoming a scientist when she was young. She wanted to be a ballerina.

“I was really good at math and science, but I really liked the creative arts more — dancing, ballet, performing,” she recalls. “I took ballet until I was in my 30s, almost 40. I still have my toe shoes.”

But Dr. Johnson saw early on the commitment required in order to excel in ballet. And her father had other plans for her.

“My father, he was old school: ‘Get a degree, get a job, be able to support your husband.’ Ballet was not a profession for his daughter,” she says. “While I loved it and continued doing it, I had to be realistic about it. You go where you have success, and math and science came easy to me.”

The career she built in science makes it clear that Dr. Johnson internalized the life lessons that ballet classes instill in students: practice and refine technique, coordinate your movements in each step and always push your limits.

In college, she didn’t limit herself to science courses but explored many subjects, immersing herself in each area of study.

“But science was my strength, so I stayed in it. I loved it. That thirst and enthusiasm I had for all those subjects have made me a better person, more well-rounded.”

A lab researcher looking to do more

After college, Dr. Johnson worked for a year as a hospital laboratory researcher — a job she misses even today.

“It’s a totally different world, and it’s a very nice world. You have your experiments, you get to think beautiful thoughts, write papers and have fun,” she says. “I keep my little toe and finger in through collaborators and still try to be a part of things when I can. I’m not running a lab anymore, but I like to think I’m always a scientist.”

While working in the lab, she began to see a path for herself in healthcare.

“I saw people around me in the hospital who were in charge, and I wanted to be that person,” she recalls. “The only way to do that is to get more degrees. And you have to keep going. So that’s what I did.”

She earned two graduate degrees at The Ohio State University — an MS in microbiology/pathology and a PhD in immunology — and has commanded a smooth and successful upward trajectory ever since.

A woman leader among mostly men

“That’s when I started to get some leadership in the cancer center, and for the first time I realized my trajectory,” Dr. Johnson says. “But being a cancer center director, even in those days, was totally out of reach, because their leaders were all men.”

Funding for the institute also was a frustration.

“When you’re in a matrix cancer center that is attached to a medical school, you are always competing for resources; cancer is not the only game in town. You compete with pediatrics or cardiology or other departments for funds,” she says.

It also was one of the reasons she came to Roswell Park Comprehensive Cancer Center in February 2002 as the new Deputy Director and Chair of the Department of Pharmacology and Therapeutics.

Thirteen years later, in 2015, the Roswell Park Board of Directors appointed Dr. Johnson the first female president and CEO of a freestanding cancer center in the United States. She also is the M&T Bank Presidential Chair in Leadership and Professor of Oncology.

“To come to a place like Roswell Park, where cancer is the only mission, was an exciting prospect,” she recalls. “I was tempted to look, and when I looked, I liked what I saw. I thought I can really make an impact in this institution, so I moved. It was a good move.”

“It’s really huge. There are five or six women directors of matrix cancer centers in the U.S.

“But I’m the only woman who is the leader of a freestanding cancer center. There are only six or seven of those in the country. I take that very seriously.”

Helping women and minorities forge their own leadership paths

She also is serious about mentoring women and minorities at Roswell Park.

“I get a smile on my face whenever I put another woman or a person of color or a person in a minority group into a leadership position, because we need to support each other and give each other opportunities. It makes me very happy when I can do that,” she says.

“I don’t think that is a surprise to anyone. Women still have to work harder than men do to be thought of as equal. In Buffalo, there aren’t other cancer centers, but there are other CEOs of health systems, and they are all men. But I think over time, this will change. It’s much better for me than it was 20 years ago, or even 10 years ago, but it’s just going to take time.”

The secret, according to the woman who devoted herself to ballet lessons as a girl and went on to succeed as a research scientist and cancer center executive, is to do a great job.

“I think you just have to excel and do an exceptional job,” Dr. Johnson says. “I think you change the minds of people when you excel, because they’re going to notice and say, ‘Hey, she’s actually pretty good. Maybe I ought to give that next woman a chance.’” 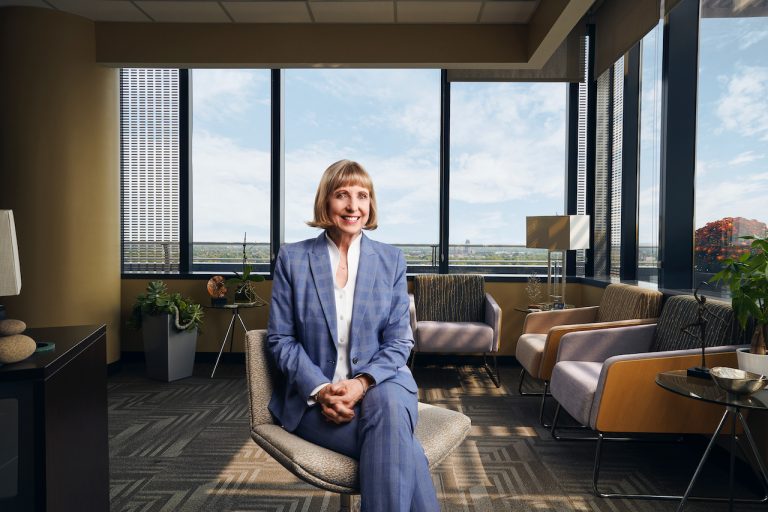 Narjust Duma: “To all minority fellows, residents, and medical students—you belong in medicine”