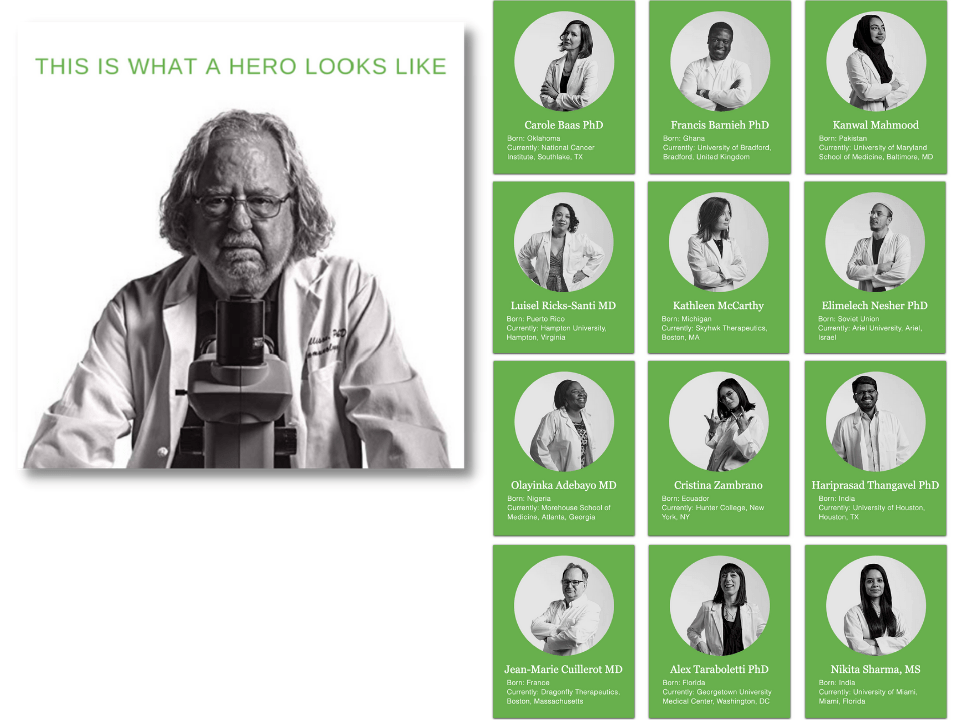 This Is What a Hero Looks Like is a companion photography book to the award-winning documentary, Jim Allison: Breakthrough 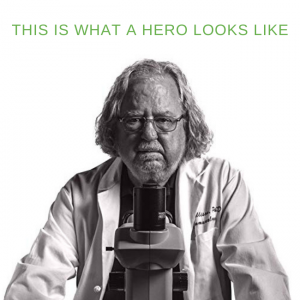 (www.breakthroughdoc.com), expanding on the film’s portrait of Nobel Prize-winning scientist Jim Allison, the book celebrates cancer scientists from all over the world at different stages in their career – all united by their passion to defeat one of the world’s deadliest diseases. Anchored by heartwarming personal stories from Jim Allison and Padmanee Sharma, his partner in life and in the lab, and featuring a forward from filmmaker Bill Haney.

This Is What a Hero Looks Like presents photographs and stories from scientists spanning the globe, such as Matthew, a former US paratrooper whose personal battle with cancer inspired him to pursue a career in science, and Luisel, whose passion for science began while watching manatees of the coast of Puerto Rico and continues undeterred as she runs her own University cancer research laboratory. Featuring more than 85 scientists from 35 countries, this photography book celebrates the inherent joys and wonder of science and the scientists whose creativity, irreverence, and boundless passion for their work inspires us all.

You can access a PDF of the book online.

Article
This is What a Hero Looks Like
A companion photo book to the documentary Jim Allison: Breakthrough
Apple Books
Get a free copy of the e-book from Apple Books
Amazon
Buy a hardcover copy of the book from Amazon

You can access a PDF of the book online.

Stairway of Surprise: A Biography of Kay and Gordon Zubrod