The City of Hope community was devastated by the untimely death of Arti Hurria, M.D., director of City of Hope’s Center for Cancer and Aging. She is survived by her husband, Thomas Lee, M.D., and her daughter, Serena, as well as her legacy at City of Hope, where she pioneered geriatric cancer care and was beloved by those who had the privilege to work with her.

“Dr. Arti Hurria was known by many and loved by all who had the pleasure to work with her,” said Robert Stone, president and chief executive officer of City of Hope. “Her passion for her patients, her team and her colleagues was only surpassed by her passion for her family, especially her daughter.”

“I am always cautious to use the term ‘perfect’ for my colleagues in academic medicine,” said Sumanta Pal, M.D., co-director of the Kidney Cancer Program at City of Hope. “Some might excel in clinical medicine, but lack in research expertise – some may excel in hospital politics, but they lack interpersonal skills that guide day-to-day interactions with peers. Dr. Hurria was flawless. She was perfect in every way.”

Hurria, the George Tsai Chair in Geriatric Oncology, specialized in treating cancer patients who are 65 and older. A trained geriatrician and oncologist who served fellowships at Harvard and Memorial Sloan-Kettering Cancer Center, Hurria focused on improving treatments for older patients while minimizing side effects that could affect quality of life.

“It is almost impossible to overstate the impact Arti has had on the world of cancer and aging,” said William Dale, M.D., Ph.D., the Arthur M. Coppola Family Chair in Supportive Care Medicine at City of Hope.

Hurria was a first-generation American of immigrant parents from India. Born in Brooklyn, New York, she moved with her family to Southern California when she was 8. “My parents are physicians, and when I was growing up, they were training very hard in the new medical system. So I was brought up in an environment that truly believed in the power of medicine to make a difference in the world,” she shared in a 2018 interview with the American Society of Clinical Oncology.

After graduating from high school, Hurria was accepted into a seven-year combined medical program at Northwestern University and Northwestern Medical School. She was a medical student at Northwestern when she met her mentor, Steven T. Rosen, M.D., now provost and chief scientific officer at City of Hope. “I was a second-year medical student and I thought I wanted to be an oncologist,” she recalled in a 2017 City of Hope interview. “So, I knocked on his office door and he invited me to follow him around his clinic on Tuesday afternoons. He was already famous then, but I didn’t know it.”

In 1995, Hurria moved to Boston for an internship at Beth Israel Medical Center, where she said she “fell in love” with the geriatric patient population. She completed a Harvard geriatrics fellowship to bolster her skills and knowledge in treating older patients before entering her oncology fellowship at Memorial Sloan Kettering Cancer Center (MSK). After her fellowship, Hurria joined the staff at MSK, caring for patients with breast cancer while beginning to do research into the geriatric cancer population.

Hurria was thrilled to become director of the newly formed Center for Cancer and Aging at City of Hope in 2006, where she served as the principal investigator on grants leading to evidence-based recommendations to improve clinical care for older adults with cancer. When she was recently named the George Tsai Family Chair in Geriatric Oncology, she told the crowd, “It’s my mission, what I like to call ‘the dream,’ that all older adults with cancer will receive personalized, tailored care, utilizing evidence-based medicine with a multidisciplinary approach.”

As an oncologist specializing in geriatric medicine, Hurria was part of a rarefied group of physicians. In the United States, there are fewer than 200 geriatric oncologists, even though 60 percent of all cancers are diagnosed in people age 65 and older.

“Historically, clinical trials have left out people who are older and more experienced, which doesn’t make much sense,” Hurria said. “We’re changing that. Older people have much to teach us. Their bodies are different. Their lives are different.”

Hurria had recently received a $2 million National Institutes of Health grant to build a national infrastructure for cancer and aging research designed to create a national movement in geriatric oncology. In 2017, she was named City of Hope’s vice provost for clinical faculty, tasked with increasing the diversity of clinical faculty in recruitment, retention and advancement. She also began a four-year-term, starting in June 2016, on the board of directors for the American Society of Clinical Oncology. In addition, she served as president of the International Society of Clinical Oncology.

“There is no organization that is relevant in the field of cancer and aging for which she hasn’t played a leading role. Her commitment to the field is immense,” Dale said. “It is almost impossible to believe that this force of nature is gone. Her presence has been ubiquitous, and her influence on the field will be felt for many, many years. The only thing that was larger than her contributions to date was the contributions she was going to make. She had so much more to give.”

Hurria had been honored with multiple awards, including the Frederick Stenn Memorial Award for Humanism in Medicine. She was awarded both the Paul Calabresi Award and the BJ Kennedy Award, the top honors in the field of geriatric oncology. The American Society of Clinical Oncology also honored her with its Career Development Award (T. Franklin Williams Scholar, 2005–2009) and Young Investigator Award (2002–2003).

“At City of Hope, she was the doctor that every fellow and junior faculty clamored to work with,” Pal said. “Even though I am now 10 years out of training, I still turned to her for advice – she was a mentor to mentors, if you will. And on a human level, she was a human. She was someone who cared deeply about everyone she interfaced with – whether you were her patient, her student, her secretary or even a passing acquaintance, she sincerely conveyed interest in your well-being. …There will never, ever be anyone like her.” 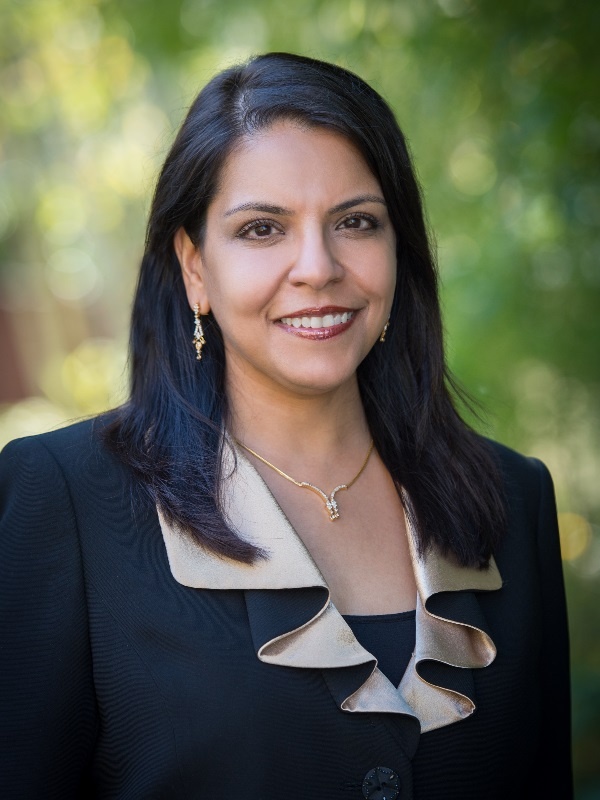