ASCO is saddened by the passing of Joseph R. Bertino, MD, FASCO, who played a pivotal role in the organization’s history. He served as the Society’s president from 1975-1976 before becoming the founding editor-in-chief of the Journal of Clinical Oncology. In an editorial printed in the premiere issue, published in January 1983, Dr. Bertino wrote, “The aim of the Journal of Clinical Oncology is to be a focus for communication for research pertaining to the clinical disciplines of oncology.” Today, the journal is ASCO’s flagship publication, serving readers as the most credible, authoritative, peer-reviewed resource for oncology research.

“Dr. Bertino did it all—major scientific discoveries, organization and professional leadership, teaching, and clinical care—with a rare grace and dignity. He made everyone feel respected and motivated everyone to contribute their best,” ASCO CEO Clifford A. Hudis, MD, FACP, FASCO, said.

In the wider field, Dr. Bertino’s best known contribution was his discovery—together with Robert N. Schimke, MD, Rodney E. Kellems, PhD, and Frederick W. Alt, PhD—that gene amplification was a mechanism of methotrexate resistance; specifically, the DHFRgene was found to be a mechanism for overproduction of dihydrofolate reductase. Later, while at Memorial Sloan Kettering Cancer Center, Dr. Bertino’s continued research of methotrexate yielded the discovery that defective uptake of methotrexate and low-level amplification of DHFRcaused resistance to the drug in patients with leukemia and soft-tissue sarcomas. This and other discoveries eventually led to new analogues and treatments for these patients.

Looking over his 5 decades in clinical oncology and research, ­Joseph R. Bertino, MD, says his greatest professional satisfaction comes from seeing his former students and oncology fellows go on to achieve great success in their own medical and research careers. It is a fitting sentiment since Dr. Bertino credits his early mentors, including Clement A. Finch, MD, the first Chief of Hematology at the University of Washington School of Medicine, with helping launch his career in oncology, a career that remains dedicated to improving the lives of patients suffering from hematologic cancers.

First Physician in the Family

Born in Port Chester, New York, on August 16, 1930, Dr. Bertino was the youngest of three sons born to Joseph and Mamie Bertino. Having emigrated from Italy to the United States just before World War I, it was important for his parents to see their son go to medical school and become the first physician in the family, said Dr. Bertino. Although interested in chemistry and biology in high school, it was not until he was accepted to Cornell University that he decided to pursue a career in medicine.

During medical school, Dr. Bertino became determined to understand the causes leading to the development of hematologic cancers, especially leukemia and lymphoma. In 1958, 4 years after graduating from SUNY Downstate Medical School in Brooklyn, New York, he moved to Seattle, where he began his fellowship training with Dr. Finch, who was an expert on red cell and iron metabolism, and Frank M. Huennekens, PhD, an Assistant Professor of Biochemistry. 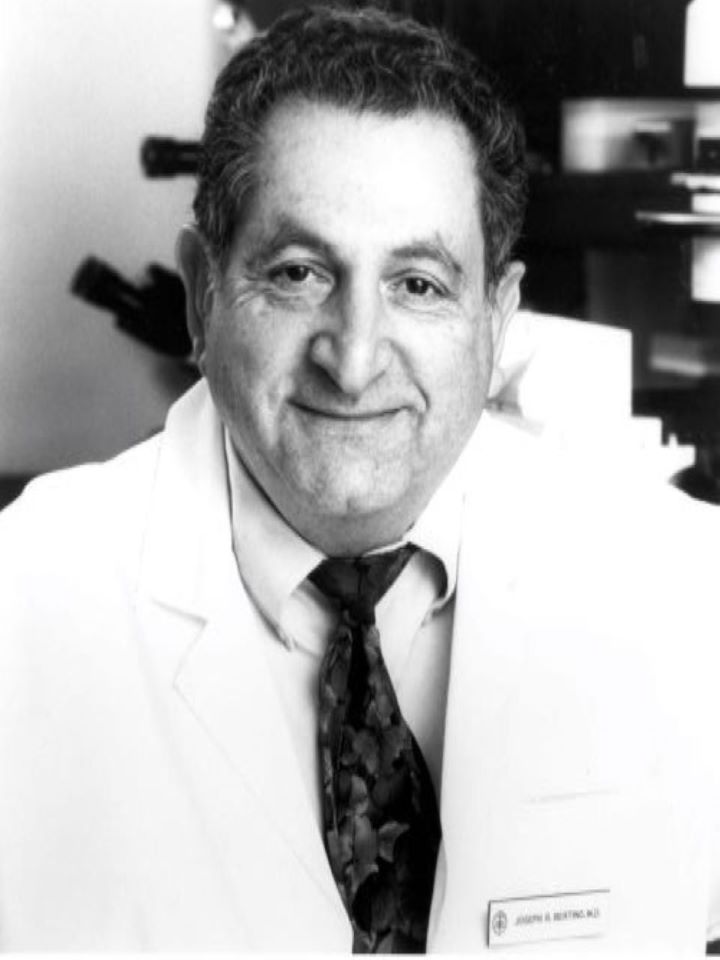 “Dr. Bertino did it all—major scientific discoveries, organization and professional leadership, teaching, and clinical care—with a rare grace and dignity. He made everyone feel respected and motivated everyone to contribute their best,” – ASCO CEO Clifford A. Hudis, MD, FACP, FASCO.