Editor’s Note: This article was first posted on the website of Memorial Sloan Kettering Cancer Center in January 2018 soon after the death of Dr. Jimmie Holland, a founder of the field of psycho-oncology, which combines oncology and psychiatry.

On Christmas Eve, Memorial Sloan Kettering and the wider cancer community lost a beloved and brilliant doctor, Jimmie Holland, who died of cardiovascular disease at 89. Dr. Holland was a tireless advocate for supporting the emotional and psychological needs of people with cancer. She also made huge strides in reducing the stigma surrounding the disease.

Dr. Holland was considered a founder of the field of psycho-oncology, which combines oncology and psychiatry. It is increasingly considered a vital part of comprehensive cancer care, largely thanks to her work.

In 1977, Dr. Holland joined MSK as the inaugural Chief of the Psychiatry Service, the first such service at a cancer center anywhere in the world. She was then named Chair of MSK’s Department of Psychiatry and Behavioral Sciences when it was created in 1996. The department was also the first of its kind, and Dr. Holland remained in her role there until 2003. At the time of her death, she held the Wayne E. Chapman Chair in Psychiatric Oncology.

“Jimmie’s death is a profound loss to us all,” says MSK Physician-in-Chief José Baselga. “Through her visionary work she has forever changed the landscape of cancer care.”

Dr. Holland grew up in a tiny town in north Texas, the only child of a cotton farmer and his wife, neither of whom had finished high school. When she earned her medical degree from Baylor College of Medicine in the early 1950s, “cancer” was a word that most people wouldn’t say out loud. Many newspapers and magazines wouldn’t print it, and patients often were not even told of their diagnosis.

That began to change in the 1970s. Better treatments became available and people with once-fatal cancers starting living longer and even being cured. As the wife of James Holland — a leading oncologist and one of the pioneers of chemotherapy combinations — Dr. Holland had a front-row seat from which to witness the medical revolution that was taking place. While her husband and his colleagues focused on curing people of their cancer, Dr. Holland asked a question that none of them were able to answer: How do the patients feel about it?

As a psychiatrist, she had long been interested in studying how people with otherwise good mental health responded emotionally and psychologically to life-threatening illnesses. She called this focus “psychological care of the medically ill.” She began encouraging oncologists who were conducting clinical trials to include questions about patients’ quality of life in their data collection and research.

The Science of Caring

But measuring things like anxiety, depression, and fatigue was not always straightforward. Dr. Holland met this challenge by developing ways to gauge what patients were feeling that went beyond what doctors and nurses could just observe. She worked to create objective scales to evaluate aspects of people’s experience that were once considered immeasurable. This in turn could validate whether psychological treatments were working. Her research brought the emerging field of psycho-oncology into the realm of evidence-based science, which allowed it to become a recognized subspecialty.

During her years at MSK, Dr. Holland created the nation’s largest training and research program in psycho-oncology. In 1984, she produced for MSK the first-ever syllabus on psycho-oncology. In 1989, she was senior editor of the first textbook on the subject. She also shared her knowledge with the world. She co-founded the International Psycho-Oncology Society in 1984 and founded the American Psychosocial Oncology Society in 1986. She is credited with putting psychosocial and behavioral research on the agenda of the American Cancer Society in the early 1980s. She was also a founder and co-editor-in-chief of the journal Psycho-Oncology.

Dr. Holland recognized that people’s psychological distress could linger even after they were considered cured of their cancer. To address this, she advocated for the formation of a program at MSK that today is called Resources for Life After Cancer. It became a model for other similar initiatives around the world.

“Jimmie was a cancer pioneer, a remarkable woman, and a once-in-a-generation influencer,” says William Breitbart, the current Chair of Psychiatry and Behavioral Sciences and the Jimmie C. Holland Chair. “Her death is a profound loss for all of oncology.”

Dr. Holland pushed to recognize patient distress as the sixth vital sign in medicine. (The others are temperature, pulse, blood pressure, respiration, and pain.) She played a key role in the development of the National Comprehensive Cancer Network’s distress thermometer. This enables people to report their levels of anxiety and depression on a scale of zero to ten, similar to the way they rate their pain.

Other topics that were important to her included survivor guilt, diminishing the stigma of a cancer diagnosis, and evaluating ways to lessen cancer side effects like depression, anxiety, and fatigue with medication and other treatments.

In her later years, she also became particularly interested in supporting the psychosocial needs of elderly patients. As part of that effort, she founded the Vintage Readers Book Club, an offshoot of a support group she led on aging and cancer. The participants talked about classic works by writers including Cicero and Benjamin Franklin, and used their discussions as a springboard for talking about wider-ranging topics that were important to them.

“Jimmie was an inspiration on multiple levels, not least of which was her appreciation of the fact that we are more than our careers,” says psychologist and author Mindy Greenstein, who first came to know Dr. Holland when she conducted her fellowship in MSK’s Department of Psychiatry and Behavioral Sciences. The two later worked together and coauthored the book Lighter as We Go: Virtues, Character Strengths, and Aging. “While raising her own family as well as comforting patients and their family members with her Texas warmth and sound insights, she still found the time to accomplish so much in her work. Hers was a life of unique and dedicated service.”

Dr. Holland, who died at home surrounded by family, was still seeing patients up until two days before she died. She is survived by her husband; six children; nine grandchildren; and countless friends, colleagues, and collaborators.

“Jimmie was a true pioneer in the field of psycho-oncology, and her passion for her patients and her research was evident,” says MSK President and CEO Craig Thompson. “She will be dearly missed by the MSK community and by the world.” 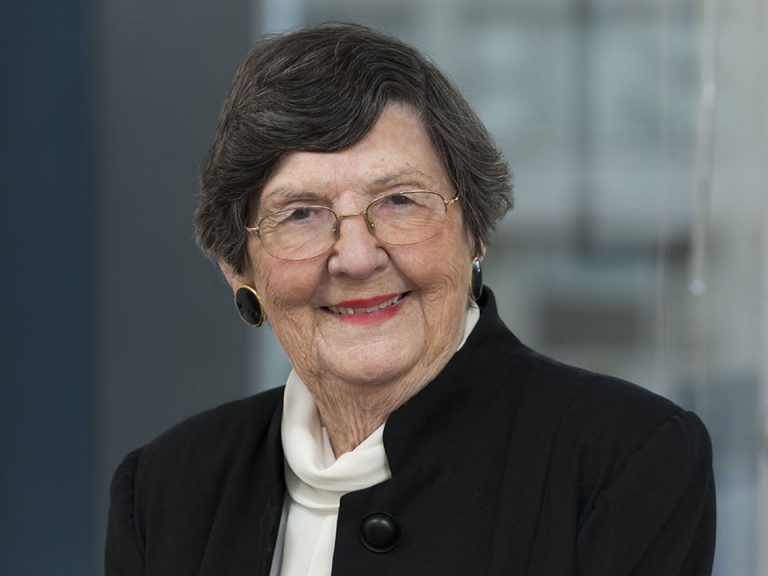