The following interview notes were created by Tim Wendel, lecturer at Johns Hopkins University, in the process of writing his book, Cancer Crossings.

Wendel conducted several interviews with members of the ALGB, or Acute Leukemia Group B, including Donald Pinkel, his brother’s doctor Lucius Sinks, Jerry Yates, James Holland, Emil “Tom” Frei, and Emil J. Freireich. Considered “cancer cowboys” of the time, this group of doctors sought to treat and cure childhood leukemia, the disease that Wendel’s brother died of, at a time when the survival rate was about 10%.

Wendel is a member of the Cancer History Project editorial board.

Pinkel, interviewed by phone in 2013 and 2014, discusses his time in Boston working under Sydney Farber, his time at Roswell Park, and the early days of St. Jude. He also mentions Total Therapy, his research in chicken pox, and his personal experience contracting polio (“It was a slow road back from polio. At first I made my rounds in a gurney. I couldn’t even sit up. But I started to get back my strength and I went from a wheelchair to braces and crutches to short braces and a cane to no braces and no cane. By the time I went to Memphis, all I had was a limp, but the muscles sure got sore after a long day.”)

An interview with his daughter, Mary Pinkel, about her father’s life and career is included below as well.

“I got very depressed at times. But the kids I was treating couldn’t run from this, neither could their parents and family, so I decided I couldn’t either. If you saw a kid drowning in a river, you wouldn’t worry about the current or how deep it is you’d try to save him. Any of us would and that’s the position I found myself in. I decided to try and save them. There were some in the medical community, some of my peers, who tried to talk me out of this. They said, ‘You ‘re wasting your time. They are just going to die anyway.’ But I had to do it.

“I remember one time, in the winter, early in the new year, it was a Sunday. I went in. I went in almost every day. I did so because it was a situation where you weren’t even sure if lV’s could be put in right. I went in and I lost three kids that day. I went home and I was so sad and depressed – to the point where I wondered how I could go back to work the next morning.

“But the morning came and I got to thinking that somebody has to be there for these children. I could picture the ones who were still there at the hospital, waiting for me. So, of course, I went in. Some may have said it was risky. When you go to save a drowning person, you can be pulled under, too. But I decided to jump in.”

“The key to being a good doctor? The patient knows the diagnosis. It’s up to you as the doctor to get them to tell you.”

Pinkel discusses his time at Roswell Park, living in Buffalo, his paper on chicken pox, and a little bit about the early days of St. Jude.

Donald Pinkel’s daughter, Mary Pinkel, discusses the move to Memphis, the early days of St. Jude, her father’s altercations with the board and local leadership, and their home life. 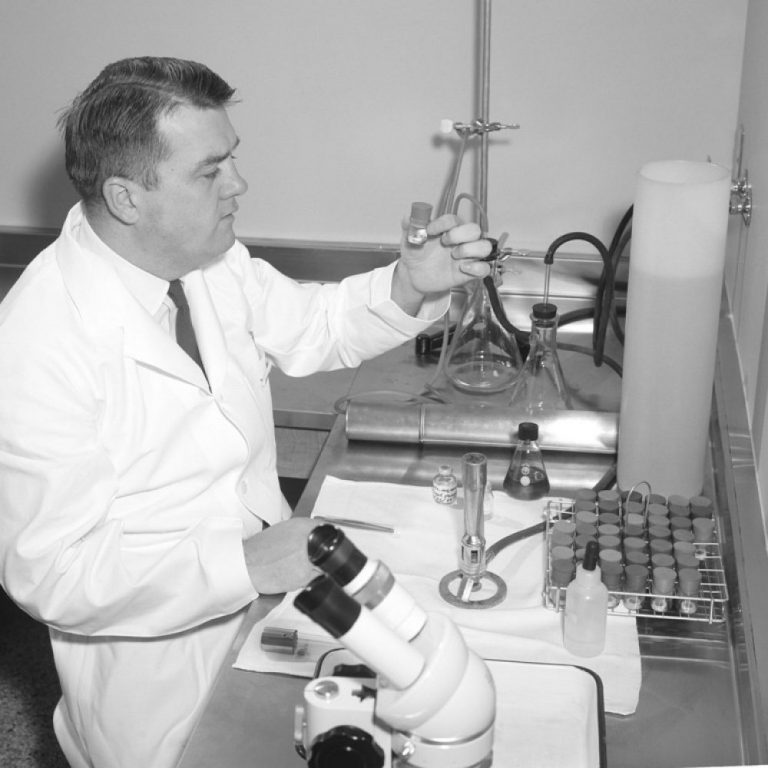