On Jan. 3, 2022, a few weeks shy of her 101st birthday, my friend, colleague, and mentor Beatrice Mintz passed away after a long illness. Following a brief period at the University of Chicago, at age 40 she joined the Institute for Cancer Research at the Fox Chase Cancer Center in Philadelphia.

She went on working at Fox Chase for an amazing 60 years, a record that is unlikely to be broken. During that time, she made foundational scientific contributions that have influenced our thinking about the relationship between stem cells, embryonic development, and adult tumorigenesis.

Never shy of taking on big questions—“the only ones worth considering,” as she was fond of saying—Bea began her career with an inquiry into one of the biggest and most fascinating questions of them all: how does a complex organism, with its diverse tissues and structures, arise from a single fertilized egg?

These experiments also revealed that normal development is a hierarchical process, with ever-more specialized clusters of stem cells expanding clonally, proliferating and differentiating in an orderly manner. Regarding this aspect of her career, Bea enjoyed telling the story about how, during the early 1970s, site visitors from National Institutes of Health were taken to Bea’s mouse room, and upon seeing an oddly striped mouse that resulted from her allophenic approach, awarded her the grant on the spot. It was a classic Bea moment. 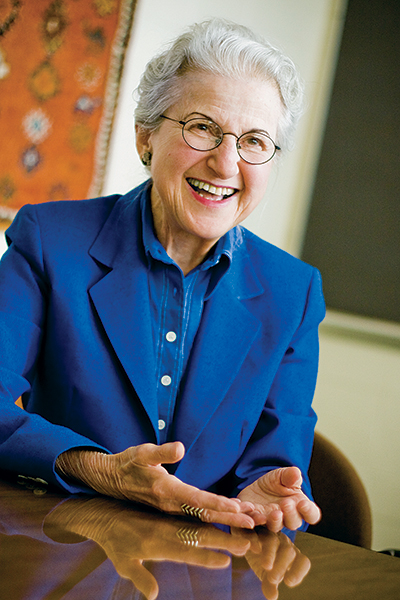 A 45 Year Legacy of Research and Collaboration